We spend our days translating the needs of dynamic, continuously changing inhabitants; navigating environmental, social and economic challenges, and taking hold of ever evolving tools to carve spaces out of space. 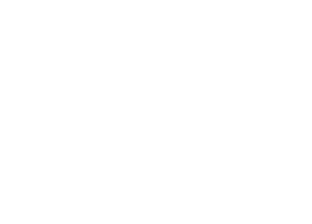 11.30AM - 12.30PM
Gianluca Santosuosso
BIO:
Gianluca Santosuosso, Co-founder and lead designer at UOOU studio
Gianluca holds a Master in Self-Sufficient Building Design from the Institute for Advanced Architecture of
Catalonia (IaaC) and an MSc in building engineering from the Polytechnic University of Turin. He has a strong
track record in eco-architecture and experiential design, and has worked for a variety of international design
firms including: Freeman, ecoLogicStudio in London, Carlo Ratti Associati in Turin and MDLab in Munich.
Eri Pontikopoulou, Co-founder and lead designer at UOOU studio
Eri holds a Master in Advanced Architectural Design from the Graduate School of Architecture, Planning and
Preservation in New York, Columbia University and a degree in architecture from the National Technical
University of Athens. She has worked on private projects for various design studios in Greece, international
competitions for Studio Fuksas in Italy and brand experience design from an architectural point of view in
Germany (MDLab) and the Netherlands (Nike HQ).

TALK TOPIC:
From mineral- to bio-based architecture
Cities can become large scale carbon sinks
Our society will face unprecedented environmental challenges in the next decades. What is our role as architects and designers in all of this? How can we design our future houses, cities and infrastructure in a way that they are able to store more CO2 than the amount they produce?
Like oceans and forests, our built environment can become a large carbon sink by transitioning from using mineral-based construction materials, such as concrete and steel, to wood and other bio-based materials.
After an introduction to the topic, we will present some of our most recent projects and show ways how this transition in architecture can be achieved.

12.30PM - 1PM
Gabriella Carrillo
BIO:
Gabriela Carrillo (Mexico City,1978) She began professional practice in 1997 in "Vinculación y Proyectos  Especiales" at UNAM. In 2001 she started collaborating with Mauricio Rocha, partnering with him in 2011 to  form TallerRochaCarrillo. Since 2017 she has alternated her practice with her own Taller Gabriela Carrillo, where  develops public and private projects as well as museography and ephemeral interventions and, that same year  she developed an academic and research project Estudio RX with Loreta Castro at the Faculty of Architecture  UNAM, where she currently academic practice. In 2019, she started a collective called C733, collaboration that  works in public projects. She has been an academic for more than 15 years at the UNAM, as well as others such  as Harvard GSD, WAVE program at the University of Venice an the University of New Mexico, among other.  Since 2019, she is a member of the National System of Art Creators of FONCA. She has received multiple  recognitions of national and international, such as the Emerging Voices Award in 2014, Federico Mariscal Chair in the Faculty of Architecture UNAM, the "Médaille d'Or Palmarés 2019" the highest recognition from the  Academy of Architecture of France and the “Women Architect of the Year 2017” award granted by The  Architectural Review. In 2020 she was a finalist in the Emerging Awards by The Architectural Review for her  carrier path and awarded as "Architect of the Year" by Architectural Digest Mexico.

Gabriela Carrillo Podcast:
Mexican-born, Mexico-based Gabriela Carrillo is an Architect and partner at partner of the practice Taller Rocha + Carillo She graduated from Faculty of National Autonomous University of Mexico (UNAM).Gabriela has presented lectures and has led workshops at universities in Mexico, the United States, and South America. Her work has been published nationally and internationally.
Gabriela discusses her designs and how they involve sensitivity to context and environment, combining an adequate selection of materials from the regions where the creations are established, She delves into her reasons for this and the impact it has.
On her project Courts of Pátzcuaro in Michoacán, she took great care in trying to create a space that incorporated materials and light design to create messages and atmosphere that impact the way people communicate within these spaces. Gabriela will talk us through that process.
The Courts of Pátzcuaro in Michoacán saw Gabriela win the 2017 International Women in Architecture Award, the highest international recognition for women in architecture. We ask Gabriela about the concept behind the design and the build process.
Gabriela will also delve into other projects that have shaped her professional career and practice and what she loved about them. We discuss some of the materialisations, themes and processes that she is currently exploring in her work as well as the influence of growing up in Mexico has had on her work. Gabriela is also a teacher so we discuss the academic practice and her professional practice overlap and how they inform each other.

Evaluation of design options in relation to project requirement

5.1 Application of creative imagination and aesthetic judgement in producing a resolved project design