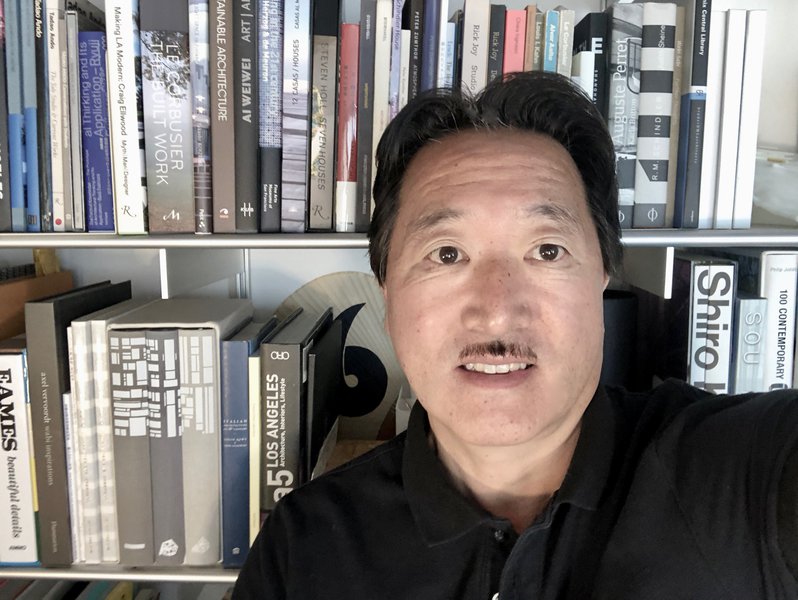 “Cities are like an organic, living series of spaces.”

“I aspire to always make a connection with the natural surroundings,” says StudioHAU Principal and University of Southern California Associate Professor, Yo-ichiro Hakomori.  “My designs are inspired by this connection to natural things whether it is a garden, a distant landscape or a view of the city. I do believe that connections to the surroundings and nature is essential for uplifting the human spirit.”

Born in Japan and raised and educated in both the United States and Japan, Hakomori says his bi-cultural life experience is an integral part of his life and work as an architect and educator.  “My parents emigrated from Japan to Boston when I was 5, so I’ve always felt a deep connection to both cultures.  Even though I am American, my Japanese heritage has influenced my architecture and its relationship to the natural, both in terms of its philosophical and psychological relationships, and environmental connections.”

While growing up, Hakomori was inspired by and appreciative of both his father’s and mother’s influence.  He describes his father as a person who was passionate about his work.  His pioneering research into glycosphingolipids and cancer research garnered him nominations for the Nobel prize in medicine a number of times, and selected him into the National Academy of Sciences.  “I admired him very much for his passion and commitment to his work and family.  His discipline and passion he had for his work has influenced me in many ways.” While his father was a scientist, his mother is an artist, a master in the Sogetsu School of Ikebana [the art of Japanese flower arranging].  His mother was trained by Hiroshi Teshigahara Ikebana master, ceramicist, and film maker.  While his father influenced Hakomori’s  passion for his work, his mother introduced him to creative endeavours.  It was his mother that encouraged Hakomori’s interest in architecture. 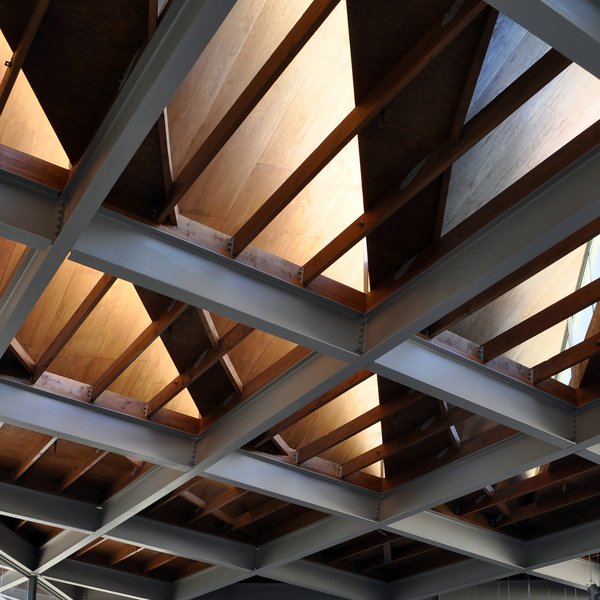 He says he always did well in school but would not have considered himself completely immersed in his studies as an undergraduate student.  It was only when he discovered architecture that he became “self-actualised” and fully committed to his education.  “I wasn’t sure what I wanted to do yet when I went to university.  I had always had in interest in architecture having taken some drafting courses in high school which I really loved.  But my father, who was a doctor, was hoping I would find an interest to go to medical school. Thus, I received an undergraduate degree in bio-chemistry and focused on the biochemistry of muscular contraction, which I found to be very interesting.   But a trip to Europe after graduation, was what convinced me that architecture was the profession I wanted to pursue.”

Hakomori had two people that had the most impact on his development as an architect.  His professor, mentor and employer, Franklin D. Israel was one of them.  Also Pritzker Prize winning architect Tadao Ando was the second.  “With Frank Israel, we travelled to Europe together as part of a study on Modernism.  I later worked for him in his office designing an addition to a Frank Gehry designed project in Glenburnie, Maryland as well as several residential projects in Los Angeles.  Working with him made me aware of the importance of the client in the design process, and the interconnection and influences between people and practices working in Los Angeles from the case study architects to contemporary designers.” 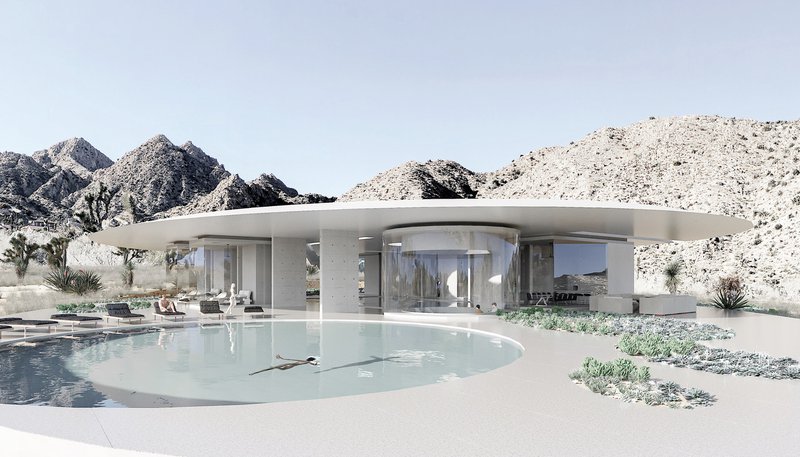 After working in Los Angeles for 5 years, Hakomori elected to return to school at the University of Tokyo, first as a research student, and then stayed on to earn a doctorate from the University of Tokyo.  “I felt more and more an interest in Traditional Japanese Architecture as so many modern architects from Schindler, Frank Lloyd Wright, and the California Case Study architects where influenced and interested in Japanese architecture and garden.  I thought it was a good time to go and further my studies”. He eventually returned to the US and teamed up with a fellow University of Tokyo alumni to found wHY Architecture in Los Angeles in 2004.

“It was an exciting time start to an office since my partner had worked for Tadao Ando for some years.  Right at the same time that we went out on our own, Tadao Ando had been offered some projects in LA and we were asked to work with him as the local Los Angeles office”.  Working with Tadao Ando was heavily impactful to Hakomori’s development.  It introduced him to work with minimal materials and spatial simplicity with a clear visual and spatial relationship between indoor and outdoor spaces.  .  “I also realize that the influences by my two mentors is not just process oriented or about architectural design style, but about the essence of space, material, and formal articulation”.

That relationship also ultimately led us to the opportunity to design the Grand Rapids Art Museum.

The Museum was the first in the US to earn a LEED Gold certification for its energy-efficient and sustainable design, and has since become a civic landmark in the small Michigan city.  “The LEED certification was really challenging because museums are, by nature, hermetically sealed structures.  You can’t allow fresh air to come in; you have to control the environmental conditions really carefully, so it’s not always possible to use the kinds of passive energy strategies you might employ in other build types.  Our completion of the Grand Rapids Art Museum kicked off our office.  From there we were able to work on 4 more museum projects across the US.”  It also peaked an interest for Hakomori in sustainable design.  All the museums they worked on were LEED certified and it continues to inform and influence the way projects interface with the natural forces of wind, rain, and sun.  “Sustainability in a big part is being intelligent of how you manage the natural forces and use them to the advantage of the architecture.  This is of increasing paramount importance as climate change will necessitate producing smarter buildings now and in the future” 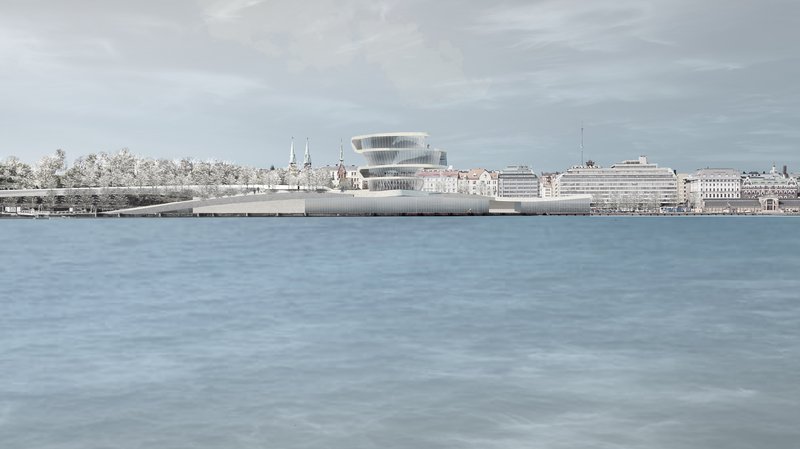 Hakomori has since taken these passions into his own practice, StudioHAU, which he founded 2016.  “I have designed several sustainable resort hotels, museums and residential projects with a goal of net zero energy consumption.” He also focuses on sustainable design in his teaching at the University of Southern California School of Architecture conducting workshops in Singapore about Biophilic Design, and making students aware of the ways to make buildings more energy efficient.

With his clients, Hakomori says it’s the collaborative aspects of the work that keep him most excited.  “In many ways, the architecture is a result of those relationships. You are generating ideas, but also responding to how clients are reacting: their desires and aspirations.  My relationships with clients are always really good because I believe it makes for a much more exciting process and better design.  It’s all part of getting to know who they are and what they want.  And I believe architecture is something that is created out of that relationship and aspiration by both the client and architect.”

To connect with Yo Hakomori and learn more about his work, visit https://www.studiohau.com/ or email yo@studiohau.com. 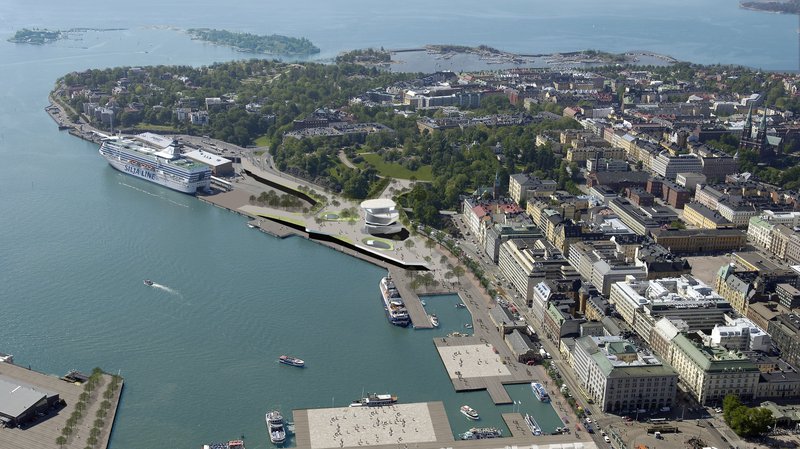