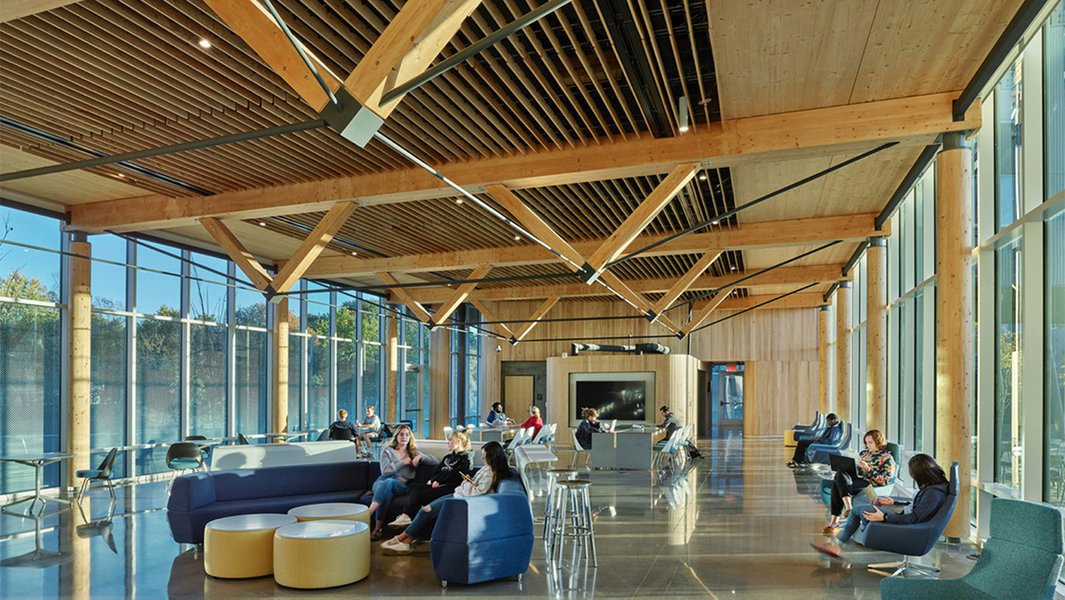 “It’s a win for people who use the space that has been designed and built in a way to increase wellbeing and productivity, it’s a win for clients who benefit from construction efficiencies and more durable buildings, and it’s a win for society in general because of the sustainable materials.”

Tom is a Principal at Leers Weinzapfel Associates Architects, where sustainability has long been a core value. He acknowledges himself as a bit of a rare breed - because he’s been with the same firm for over 25 years. 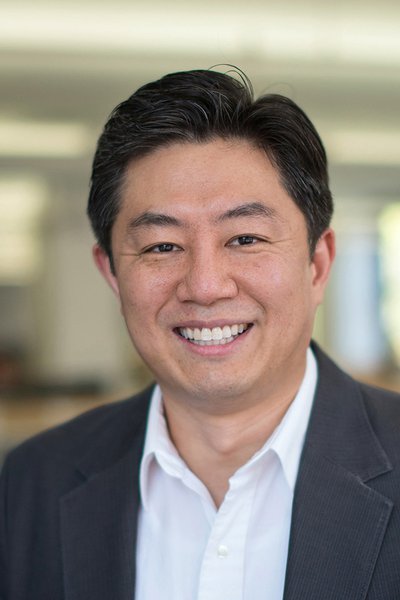 But don’t be fooled - Tom’s no stranger to change.

“I was born in South Korea, but when I was in third grade I immigrated to the United States with my family and grew up in New Jersey. It was hard at first because I was so foreign - I remember feeling frustrated and not understanding. I’ve only been in two fights in my life (where punches were thrown), and they were both in my first two years in the states.”

You’d be forgiven for imagining the father-of-two saying this with bitterness or pain, but Tom - who hopes others would describe him as dedicated, kind and fair - reflects on it with a warm understanding and can even recognise the disguised blessings.

“I can’t help but wonder if I would have been an architect if I stayed back in Korea, in the more conventional society where there’s more pressure to pursue something like medicine or law,”

With youthful aspirations to be an artist, Tom - who feels blessed to be from a family that values education - affectionately calls architecture a ‘very happy compromise’ from the conventional career path in his culture.

“Architecture is the perfect combination of both artistic endeavour and the intersection of science and technology. I was always interested in buildings. In retrospect, I think it had to do with coming to the States and not knowing how to speak English.

“When I was in class, I couldn’t understand what the teacher was saying so I would just draw. I remember drawing the skyline of New York City. Perhaps subconsciously that’s where it came from.”

And as Tom’s tenure at the multi-award winning Leers Weinzapfel would indicate, he’s certainly never looked back.

“Art is a beautiful and thought provoking endeavor but can be constrained to museums, concerts and other events, but architecture is something everyone comes face-to-face with daily. It can be more than just providing a functional space for people’s use; it has the ability to infuse people’s daily life with wonder and inspiration beyond shelter.”

Elevated to 2020 The American Institute of Architects (AIA) Fellow earlier this year, Tom practices what he preaches.

He’s currently working on a nature-based preschool that encourages young children to appreciate and interact with the natural environment, and a mixed-use innovation centre for think tanks and coworking startups - which will also be Boston’s first significant mass timber building.

Most inspired when travelling and being in beautiful spaces, Tom feels most alive when he sees something beautiful - like his children doing something really special.

Tom’s work ethic is unquestionable, but the kind-hearted optimist has other values.

“If I could give my 18-year-old self some advice, it would be not to take yourself too seriously. I thought I knew everything back then, but the older you get the more you realise how much you have to learn.

“I’d like to be remembered not necessarily for what I do but how I was - as a good father and someone who cared about other people. If people close to me can say that at the end, that’s what’s most important.”