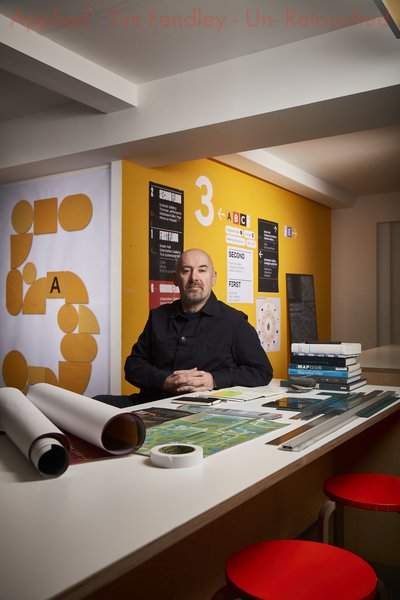 “The brain doesn’t like to be taxed, it wants everything laid out on a plate.”

“Imagine if you wandered into a website without a menu or a site map,” says Founder, CEO and Creative Director of Applied Information Group, Tim Fendley. “You’d be totally lost. But that doesn’t often happen because our apps and virtual spaces are designed with feedback from users. By contrast, the design of our architecture, transport systems and cities moves much slower and hasn’t historically included the public in their creation. As a result, most of our physical environments have been built but never really explained.”

For nearly 20 years, Applied has been working to make sense of urban environments and make them more legible for users with wayfinding and spatial experience design. “The concept of legible cities was coined by Kevin Lynch back in the ‘60s when he explored how well people could use physical environments. He drew a connection between how people can imagine a place, their memory of it, and how they feel towards it. This really resonates with us and with our experience of making spaces more user-centric.” 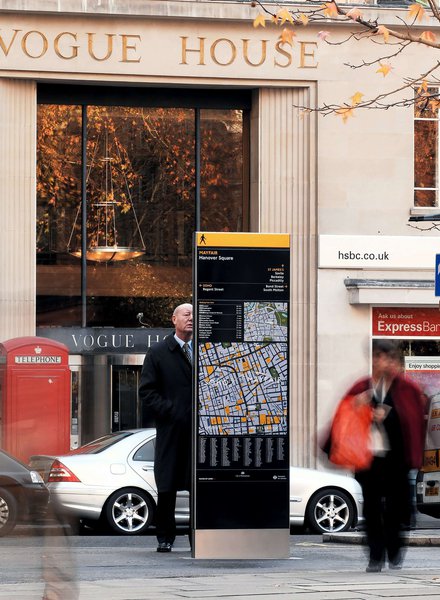 Legibility can be hindered by our inability to properly conceptualise curved streets, Tim says, or to accurately measure distance or direction. “We’ve worked in this space for long enough to understand the factors that make a space more or less legible. So, for instance, circular buildings can be quite problematic because they lack the anchors we need to help us find our way back to where we started. It all comes back to image-ability. We work closely with a professor of neuroscience at University College London who has helped us to better understand the biological nature of mental mapping. We have cells in our brains that connect to places and map the ground. When we can create a picture of a place in our minds, we are reassured and can better enjoy the experience of being in that place.”

Wayfinding design typically starts with an audit, Tim says, which enables Applied to see where there is room to improve the user experience. “We have really good systems for collecting data from users to gain insights about their spatial experience. We look at what things are called, how they’re coded, where they are confusing and how they need to be cleaned up. The number one priority is to look at structural improvements. For instance, when we worked in Toronto, we found 14 ‘Number 14’ buses and a bus stop that had two ‘Number 1’ buses from different bus agencies. How many people do you think you got on the wrong bus and got lost? Feeling lost creates uncertainty which inhibits people from interacting with and moving through spaces. It’s really negative. Whether you’re talking about a single building, a shopping centre, a stadium, a transport system or a whole city, those are all levels of complexity that we’re exploring. The bigger and more unintelligible it seems, the more interesting it is for us. Because we can fix it”

Often the most complex part of the process, Tim says, lies in the need for large-scale, multi-agency collaboration. “Legible London was a seminal project both for us and for the whole field of city wayfinding. There were 50-100 stakeholder organisations and groups that all had to buy in to this city-wide vision in order for us to create a single system for the public to interact with. There are three key pillars sitting behind that system to make it work. The first is what we call ‘the last mile’. This is the need to support users as they approach their final destination, where other transport systems leave off. The second is to connect peoples journeys with the cities transport systems by making information available at the point where they leave a system. In London for example, Legible London maps appear on every cycle hire docking station – connecting people to their destination. The last is to employ what’s already in people’s pockets. This could be a map they received from their hotel, a local entertainment guide or their mobile phone. Often, these different sources of information have conflicting definitions, names, codes; we needed to create systems which ensure that wherever you look, you get a similar story of the urban landscape.” 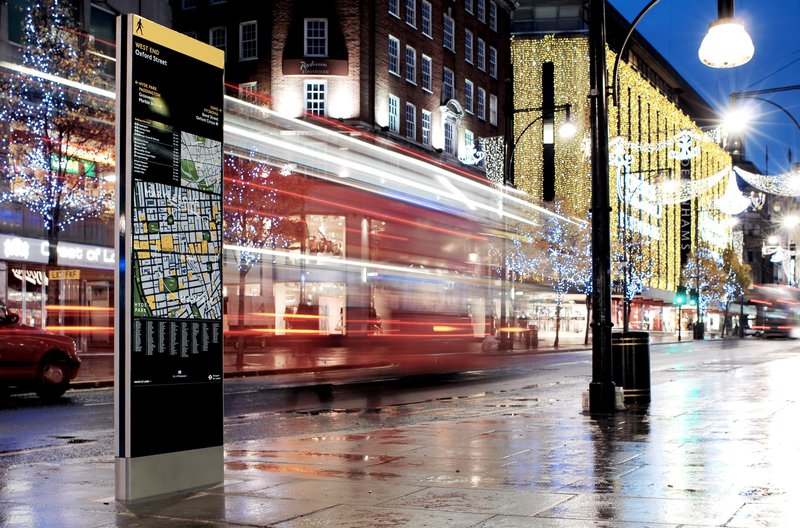 The end result was quite holistic, and includes more than 1500 strategically placed street signs, street maps inside tube stations and on bus stops, digital signage and printed items. A more legible London has led to a 60% decrease in visitors feeling lost and a 66% increase in user knowledge of local area context, along with a 5% measurable increase in walking and a 16% time-saving improvement for pedestrian journeys.

While Tim still works predominately in London, he says that Applied’s portfolio is now truly global. “We do a lot of work in North America, Europe, and I’ll be in Sydney next week. At the same time in the Bay Area we’re working on Google’s headquarters building as well as the San Francisco Bay Area transit system – that includes 27 agencies – and our job is to harmonise them and get them to work together. The aim: making them easier to use, and therefore used more.”

Growing up in Hull in East Yorkshire, England, Tim spent his childhood reading, drawing and playing sports. “I loved orienteering, mountain climbing and map reading. I also had a great art teacher who encouraged me to explore negative space in my drawings. He was trying to get me to draw the gaps in things, rather than the things you think you’re looking at. It was fascinating, even though I didn’t entirely understand it at the time. I’ve since learned that’s often the case when you’re working with really great people doing interesting things,” he laughs. “I was massively interested in typography, design, brand and identity. It sounds really nerdy, but I’ve always been really interested in structuring design systems: collecting things, putting them in order and tidying them up. 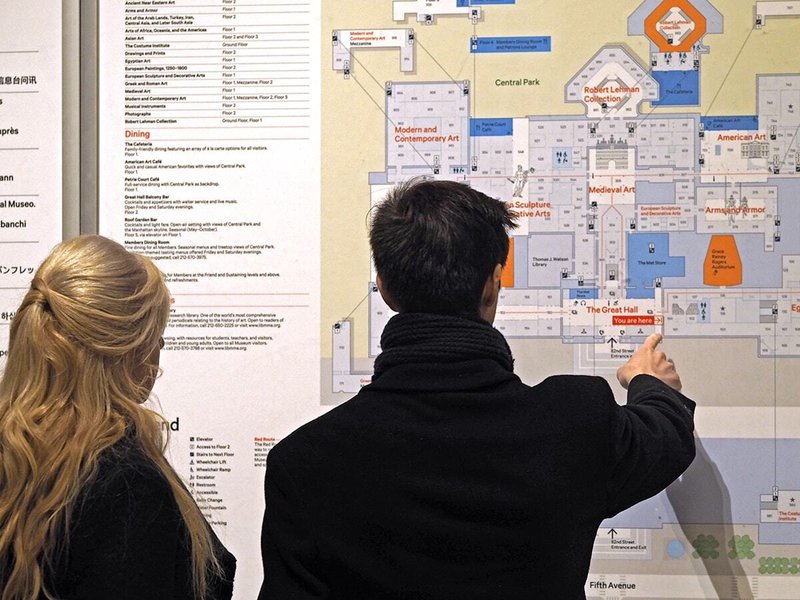 “I moved south from Hull as soon as I could, but in the end I didn’t finish my university course. I just packed a bag with my portfolio and took it to London. We didn’t have the internet back then, so I would stand in a phone box with a telephone book and phone design companies trying to get an interview for an internship. I had 40 interviews before I finally got a job. Right from the beginning I knew I wanted to do it all myself , but soon realised I needed five years in the working world,.” It was “the boldness of naivete” that pushed Tim into the entrepreneurial space in his mid-20s and he’s been on that path ever since, first with Union Design which he founded “with a gloriously stupid idea, five credit cards and no idea how hard it would be”, then with MetaDesign, and for the last two decades with Applied. “I’m a complete magpie of UX design, urban design, product design and architecture, and now I get to experiment with all of them.

“I see a huge need to make sense of places better and accommodate what’s next in the world, particularly with regard to the environment. Self-powered and shared transport, cycleways and pedestrian access should be as easy to navigate as a single autonomous vehicle. I want my phone to buzz in my pocket when it’s time to walk to my bus stop, and again when it’s time to get off. That’s how easy I want travelling by transport systems to be. I’m excited to be working with developers on new buildings so that we can get out ahead of complex spatial challenges before they’re even built, by prototyping and involving people’s perceptions earlier. I’m also interested in exploring more of the policy space, because I think a lot of our politicians and policy-makers aren’t fully aware of the enormous possibilities. Ultimately, I know I’m only really at the beginning of my journey of understanding; I just want to share everything I’ve learned so far.”

Tim is eager to connect with anyone who works in complex spaces or anyone with a complex challenge that involves movement. To learn more and connect with Tim, visit https://www.appliedinformation.group/ and follow Applied on LinkedIn. 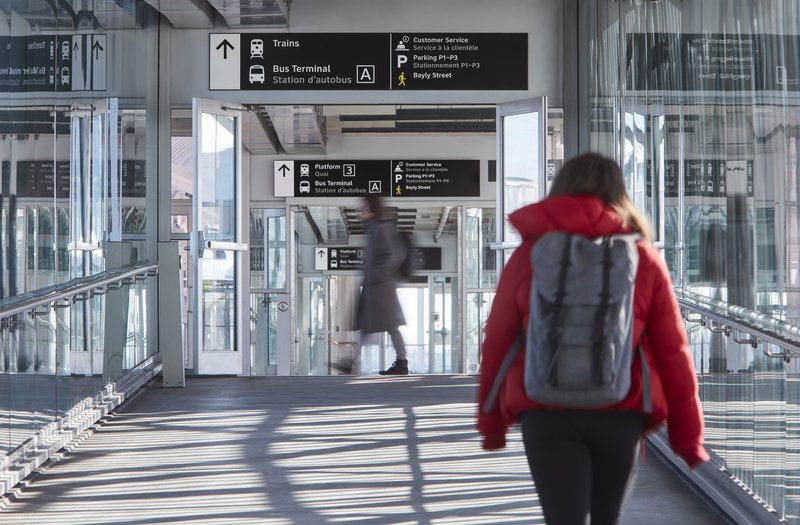