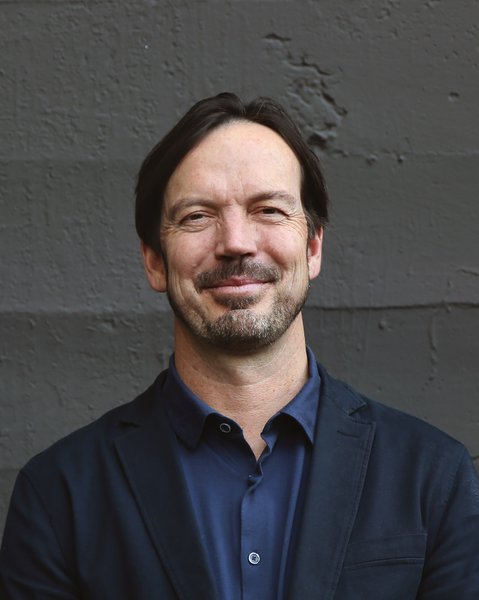 “Architecture is a tool to be used in service of moving things forward.”

“A hero of mine when I was younger was the Greek mathematician, architect and engineer Archimedes. One of his famous, apocryphal quotes was: ‘Give me a lever and a place to stand and I can move the world.’

"What’s interesting to me about what he said is that the tool and the understanding of how to use it are something of value"
I see this way of thinking aligning well with the practice of architecture. How you use that tool and where you place it, that expertise is what architects can bring to a particular issue or problem.” Founding Principal, Thomas Robinson, says it was this idea that inspired the name of his Portland- and Los Angeles- based firm, LEVER Architecture.

LEVER is focused on issues around innovation, Thomas says, and on new ways of building which provide an architectural experience. “When people see the value of architecture, that’s what really excites me. There’s a perception that architecture is a luxury that only wealthy people get to experience. Architects and designers really need to find ways to bring great spaces and experiences to more people in their everyday lives. This is a valuable thing in the same way as eating healthy food. Living and experiencing places that are welcoming, healthy and inspiring is important to our well being and to society as a whole.”

One of the ways that Thomas has worked to democratise this architectural value is through the design of cultural and institutional projects. “The public has access to projects like these; you're not designing for the elite, but for everyone. You hope that someone will notice and be inspired by it.” There’s a legacy element to these kinds of works as well, he says. “It’s motivating to think that what you’re doing is probably going to be there after you are gone. Hopefully it can continue to serve its purpose and be useful and meaningful for as long as it makes sense to the community is serves. That idea of serving and providing great experiences through generations is motivating for me, much more-so than the money in my checking account,” he laughs. 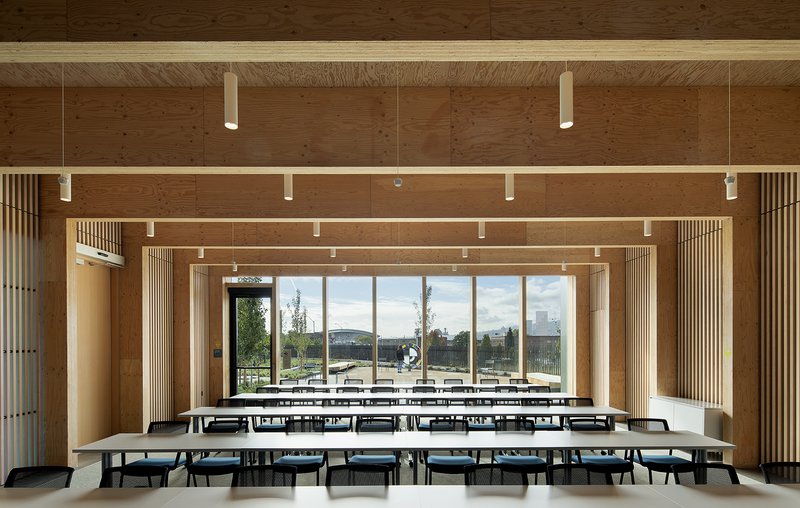 Originally from Washington, DC, Thomas moved with his family to California in the 1970s which, he says, resulted in a formative shift in his early experiences with world. “Santa Barbara was the opposite of suburban Washington D.C.. Suddenly, I was living next to the beach, outside all the time and tuned into the landscape and nature of California, and this connection which an inspiration for me growing up.”

Despite a childhood spent obsessed with building blocks and dioramas, Thomas reflects on his eventual entry into architecture with note of serendipity. “It’s funny, sometimes the things you don’t get to do lead to things you would never expect. In 1986, I was supposed to go on an exchange to Turkey but there were a series of bombings at that time and my parents said no, so I ended up going to a summer school on the East Coast instead. I signed up for three courses: English, because I loved creative writing; Archaeology, because I loved Indiana Jones; and Chinese, because I thought I might like to become a diplomat and work abroad. But the English class was booked out, and an Architecture class was recommended to me instead. Ultimately, I failed miserably in Chinese and I found out Archaeology a bit tedious, but I just loved Architecture and would spend all my time working on models. From then on, I pretty much knew that’s what I wanted to do.”

Thomas’ favourite aspects of the work are the inspiration, collaboration and execution of design. “I love talking about the initial ideas behind a project and defining what they are. I love seeing people that maybe don’t or aren’t exposed to architecture suddenly realise that there’s this whole field that they could work in or that could have an impact on where they live. I also love figuring out the building piece; actually knowing how to put it together. I have always loved construction and seeing things built.” 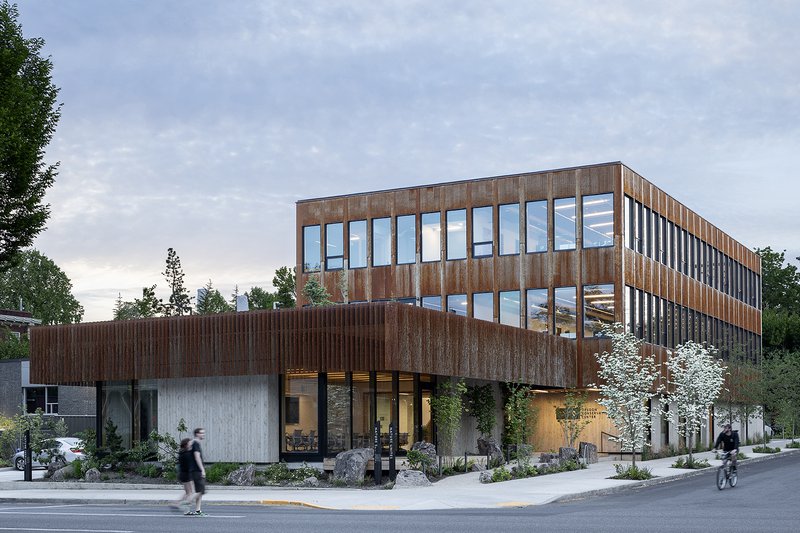 Since launching in 2009, LEVER has become known for its willingness to challenge conventional notions of design and fabrication. “One of the best ways to push boundaries is to first understand convention,” Thomas says. “Sometimes we don’t see what we’re doing every day and what’s conventional or even interesting about it. People will say they really want to do modular construction, for instance, without acknowledging that this is how we already build houses in most of the world. Stick frame timber construction is a very modular system that we just don’t see as such because it’s how we’ve always done it... For us, the idea of innovation is really understanding the building culture that we’re working in and looking for the lever we can push to move it in a better direction. The more that we can understand that culture, the more levers we can push and the more impact we can have.”

The firm is also increasingly known for its pioneering work with mass timber which, Thomas says, was simply a natural fit for the Oregon-based firm. “Oregon is the number 1 producer of structural timber in the US, in particular because it is the natural habitat of Douglas fir, which is approximately 10% stronger than other soft woods. We’ve just leveraged materials and culture that are already in existence here, and created value with them that people can connect to. This is the wood from the forest that you see out the window, or where you go camping with your kids. Now it’s also providing the structure for your home.” 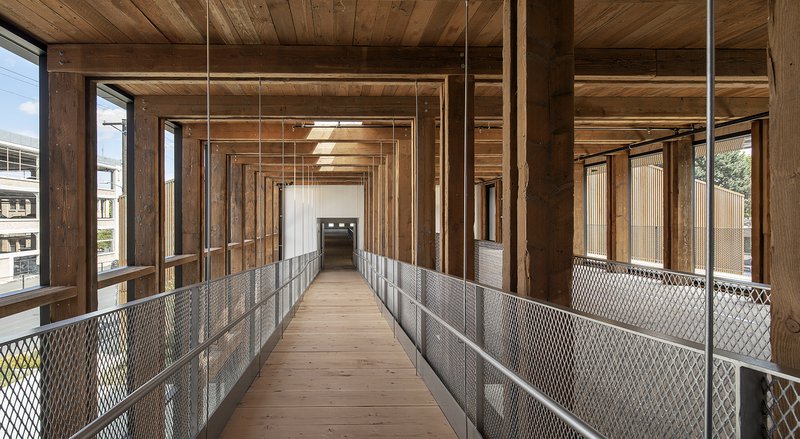 There is, perhaps, also an emotional connection in Thomas’ use of timber, dating back to childhood summers spent on the East Coast. “My great-grandfather built a house in Cape Cod out of ponderosa pine that, ironically, had been harvested out of Oregon. He had two boxcars of it shipped all the way across the country, as far as you could possibly go, and then hired two Irish carpenters to build this house completely out of these wood boards; the whole thing was timber, not a piece of plaster or drywall in sight. The experience of that house as a child was one of the first times I really understood that architecture was special and was something I’d like to be able to create.”

Looking ahead, Thomas says that he’s most interested in continuing to push levers, and to use his architecture as a tool for both social and environmental good. “We just want to keep being able to do things for the first time. That’s so exciting. We’re also really focused on some of the bigger issues around equity and diversity in architecture.” In terms of innovation, Thomas argues for function over form. “Innovation can’t be just for its own sake. It has to create something self-evidently better. We don’t want people who come to our buildings to say ‘what an innovative building’ but, rather ‘what a beautiful space’. I want them to experience it; to want to come back and show their family and their friends.” 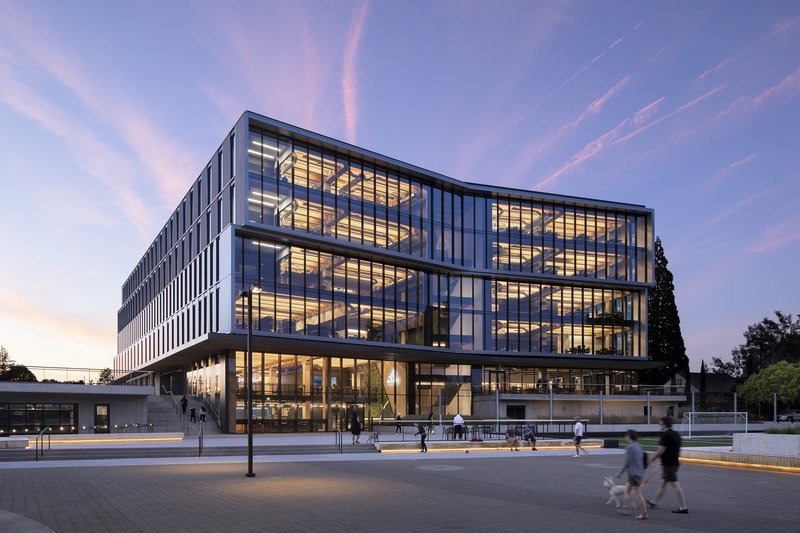 To learn more about Thomas and LEVER Architecture visit: https://leverarchitecture.com/ and then (as Thomas would recommend) visit some of LEVER’s projects in real life. As he puts it, “it’s our sincere hope that our buildings are much better than our photographs. It’s that 3-dimensional, experiential connection that we’re really looking for.”