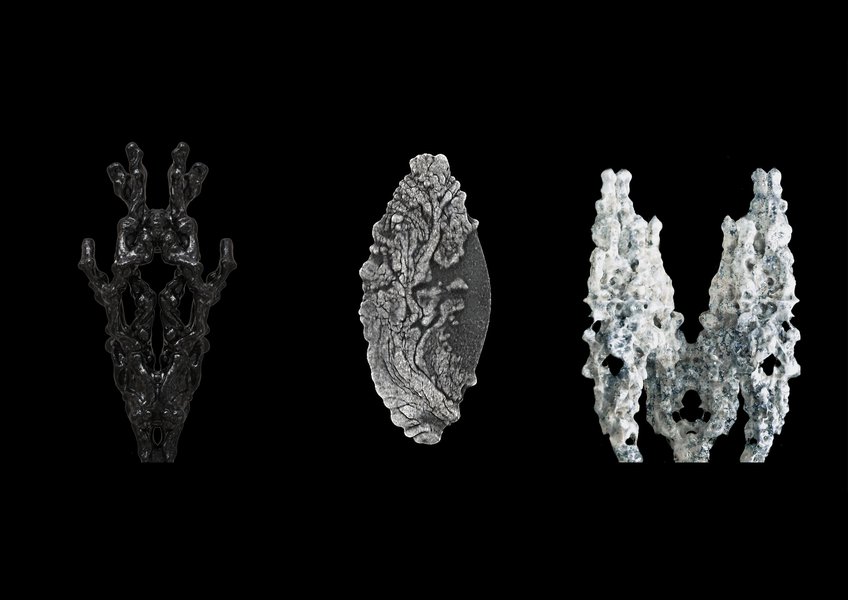 “I have a very strong attraction to the beauty of the grotesque.”

“It is a combination of factors and aesthetics combined together with perceptions of the haptic,” says architect and designer Thomas Bagnoli of London’s Zaha Hadid Architects, as he reflects on the often biological aesthetic of his work.  “The history of design and craft-manufacturing has always been related to the human body and the desire for touch – from the baroque ornamentation of the curves and movements of the human body with explicit figures of the female body, to the biomorphism of organic shapes to resemble nature and its beauty.”

Thomas has always been attracted to “everything that resembles living creatures or what is considered oddity.  It all stems from ‘70-’80s horror movies such as The Texas Chainsaw Massacre and The Thing as well as early science fiction movies like Alien and Blade Runner, with their interplay between humans and machines.  They are trying to coexist in an imaginary scenario which is shaped by futuristic spaceships, biomechanical organisms and alien landscapes.  There was a very peculiar manipulation of materials at that time when the manufacturing of ideas was driven by casting models using clay, latex or plaster. That process gave a unique sense of realism without the use of computers or digital simulation.”

He says that the beauty and imperfection of hand-made effects has been lost with the increasing use of computer-driven effects design.  “My focus is on a re-exploration of those early techniques, going beyond the digital design limits for a more advanced understanding of the materiality… I am exploring imaginary forms, anomalies, imperfections and analogies that I try to link within the design process and manufacturing somehow.  I work with this combination of factors and different aesthetics, combining them with perceptions of the senses.” 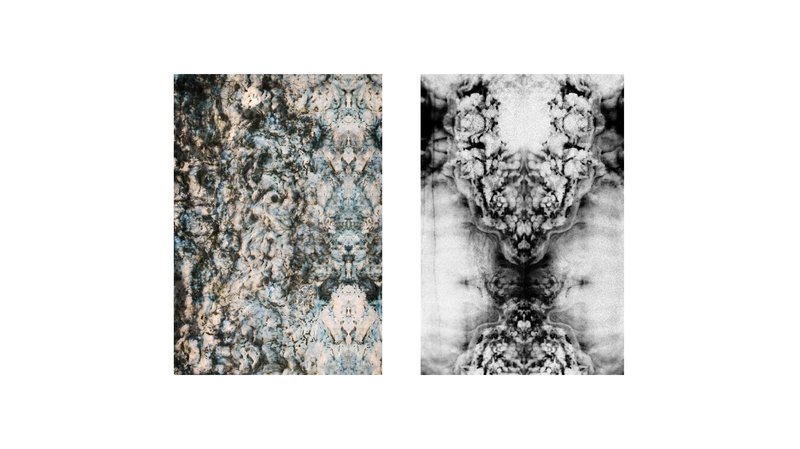 This blending of inspirations and art forms is integral to Thomas’ work as a designer; he thrives in the early, conceptual phases of new projects.  “The part that I enjoy the most is when I catch an idea – a concept, an image, a sound – and then have to materialise that idea into something.  It can become a building, a chair, a photo on a wall, a sound, a song.  It can be anything.”

Thomas characterises his childhood in central Italy as one focused on art, literature and music.  “As a kid, I spent most of my time outdoors playing sports, drawing and painting.  I got my first easel when I was eight years old and I was fascinated by my grandfather’s paintings. The walls of his house were covered with portraits and landscapes with very soft strokes and washed-out colours. My parents also used to have a record store back in 1990 and I spent many hours there sitting on a stool with headphones listening to records.”

His first and only choice for university was to study as a product designer, he says.  “The funny thing was that I didn’t manage to pass the entry test for product design but I did pass the much more difficult and selective test to enter University of Florence’s Faculty of Architecture.”  There, he worked closely with mentor, Niccolo Casas, who he felt shared his interests and approach.  But, while Thomas was fascinated by the multidisciplinary nature of the architecture programme, he struggled to embrace the conservative and conventional nature of its teachings.

“It all comes from ‘70s and ‘80s horror movies like The Texas Chainsaw Massacre and The Thing,”

“After a year and a half, I was about to quit.  I knew that it was not what I wanted to do.  But then a radical, new professor gave a lecture about Zaha Hadid featuring her work, The Peak.  The overlapping of horizontal coloured layers and floating voids on black canvas integrated completely with the surrounding mountains of Hong Kong.  It was something quite exceptional compared to my other lectures which were mostly about conservative architecture building blocks in the early ‘90s or local materials used for standard facade solutions.  That lecture really changed my perspective on architecture and put me in front of something totally different and unique that I had never seen before.”

From there, Zaha Hadid Architects became Thomas’ singular focus.  After his graduation, he moved to China to gain more experience in the field.  After two years as designer at Xuberance in Shanghai working with cutting-edge technology, 3D printing and robotics on a diverse range of projects of different scales, Thomas eventually returned to London to earn his MArch and secure his dream job.

“Zaha’s use of technology helped to translate her painting and drawing concepts into actual buildings.  She really changed the way we experience the architecture space, showing a whole new expressive identity which can be seen in her buildings and interiors.  Every single details is coherent and is part of a whole continuous fluid approach.”  Thomas’ work with Zaha Hadid Architects now focuses primarily on concept design ideas at various scales including masterplans, towers, transportation, retail cultural buildings, exhibition spaces and interior design. 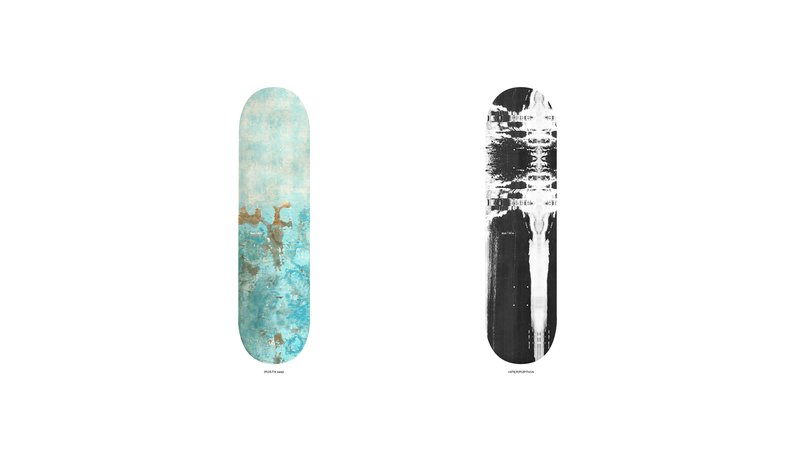 He has also been delivering online classes which focus on procedural digital design modelling techniques in Maya and 3D-sculpting for complex geometry and soft bodies in Zbrush.  He plays in a band called Monochromatic Visions and recently launched East London’s Shallow Skateboards, an independent concept brand of skateboards designed with customised graphics.  “I started skating with my brother a couple of years ago.  We bought two Penny skateboards and learned together over a summer.  I remember when I bought my second board, it took me like a couple of weeks to find the right graphics.  Then my brother asked me to design a board for him.  That is basically how Shallow Skateboard started: a need to have my own set-up but also an interesting design scale to play with.  The graphics are inspired by drawings, patterns, objects or abstract compositions.  Each board has its own identity which is expressed by those images for people that like skating or just identify with its free-spiritedness.”

The pandemic has shifted Thomas’ work online, creating new remote-working challenges, but he remains busy with both Zaha Hadid and Shallow Skateboards.  He has been researching the application of composite materials to small scale design and soon plans to release a multi-material, hybrid skateboard deck which is currently being manufactured in Italy, a potential lifeline for a factory there whose work was badly impacted COVID-19 last year.

“I am full-time focused on the office projects with Zaha Hadid, but I’m excited to also be releasing the new multi-material skateboard soon and Monochromatic Visions is about to release its second album here in London.  It has been quite a busy year, I would say!”

To learn more about Thomas’ work, visit https://thomasbagnoli.com/ or https://thbagnoli.wixsite.com/designer/ 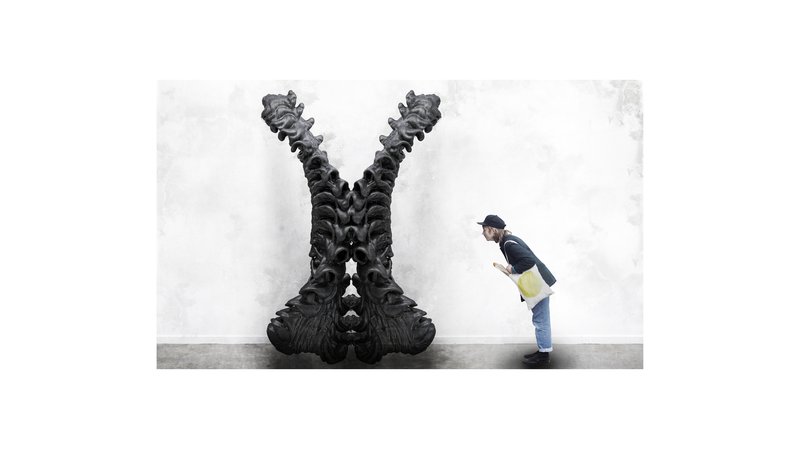