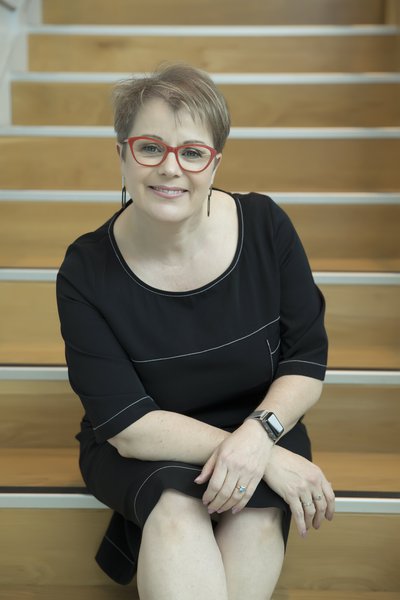 “I went from workmate to leader.”

Born and bred in Palmerston North, Susie Elms has been serving the architecture and design needs of the Manawatu region for the last 35 years.  “I’m really proud of that lineage and I don’t intend on going anywhere any time soon.  I want my team to stay long term, too.  Keeping them happy and well and supporting them is a real focus for me.”

Susie’s career-long tenure with Chapple Architecture brings both challenges and opportunities, she says.  “It can be a hindrance in some ways because I have no experience of any practice other than the one I grew up in.  But, on the flip side, I have a lot of local knowledge and deep connections in the region which I take great pride in.  I also carry a lot of known history of the built environment here.  I had a builder ring me yesterday to ask if we had done a particular design about 25 years ago; we hadn’t but I was able to tell him which firm did.  I could tell him who designed the building he constructed, even though he, himself, couldn’t remember.  I have that wealth of regional knowledge that you just can’t get without actually being there.”

“I was a bit bossy growing up.  I probably still am.  I like being a part of and leading something successful.”

Chapple Architecture is known, in particular, for its imaginative use of colours, furnishings and interior design in both residential and commercial builds.  What ties the portfolio together, Susie says, is a considered and practical approach.  “We design with a sense of cohesiveness and future-planning.  Most clients don’t have the budget to refurbish a space in 5 or 10 years, so we really need to take that long-term vision of what their needs will be in 15+ years.  I learned that lesson the hard way by using some atrocious colours back in the ‘80s which still haunt me now.  I’ll see them and think: ‘why did we do the aluminium windows in teal?!’  I’ve since learned so much about how to give longevity to projects.”

Perhaps one of Susie’s most well-known projects is Central Energy Trust Wildbase Recovery.  “The need for this project came about after Rena, the shipwreck and oil spill in Tauranga in 2011, which had a devastating effect on local wildlife.  This highlighted the need for a dedicated facility where birds could be rehabilitated.  Massey University, Palmerston North City Council and the local Rotary club all got together to raise funds and create this space.”

Studio Hanson|Roberts – a Seattle-based specialist design firm which has also worked with Auckland Zoo and Wellington Zoo – provided an overall plan for the facility, and Susie’s team designed the Visitor’s Centre.  “They knew a lot about how to design animal enclosures and how to provide spaces for people to move among them in a respectful way.  And we came along and put in a tender for the Visitor’s Centre and did the detail design and filled in a lot of the gaps.  Where they did all the visitor path ways, netting and enclosures and the landscaping within these, we did all the concreting, foundations and gates.  We also learned a lot about predator-proofing and got the opportunity to be part of the design team to provide some really creative solutions around that.  It was quite a vast and complex project with a lot of sub-consultants which couldn’t be managed remotely from the States; so we also took on the coordination aspects on the ground as well. 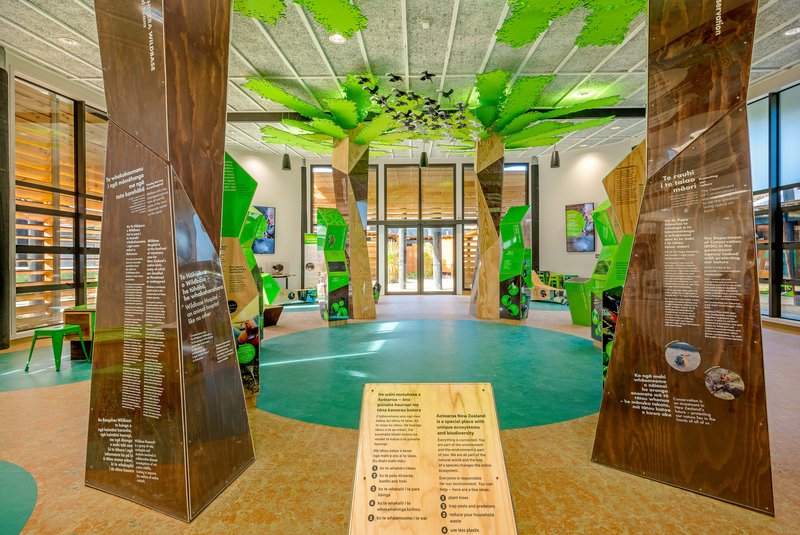 “That’s something our team does really well – understanding who needs to know what and when, and how to check what they’re doing and ensure that it doesn’t conflict with anyone else’s work.  If done poorly, it can be quite painful.  You have to be quite methodical and understand the project really well to oversee that level of detail...  We also really focus on the end result and what’s best for the project.   I never come into someone’s life or their design with an ego.  And nor do I stick a stake in the ground and say we won’t budge on something.  What’s best for the project is best for everyone.”

A natural leader who has come into her own over the last 15 years at the helm of Chapple Architecture, Susie jokes that she thought she would grow up to be Prime Minister.  “I was a bit bossy growing up.  I probably still am.  I like being a part of and leading something successful.”

Her early life in Palmerston North wasn’t always easy, she says.  “I am a middle child with a younger brother who is severely autistic, so that was quite defining and sometimes restricting.  My father was a printer and my mother was a cleaner and we didn’t have a lot of money.  There was no natural progression to university for me.  I don’t even remember thinking it was an option.” 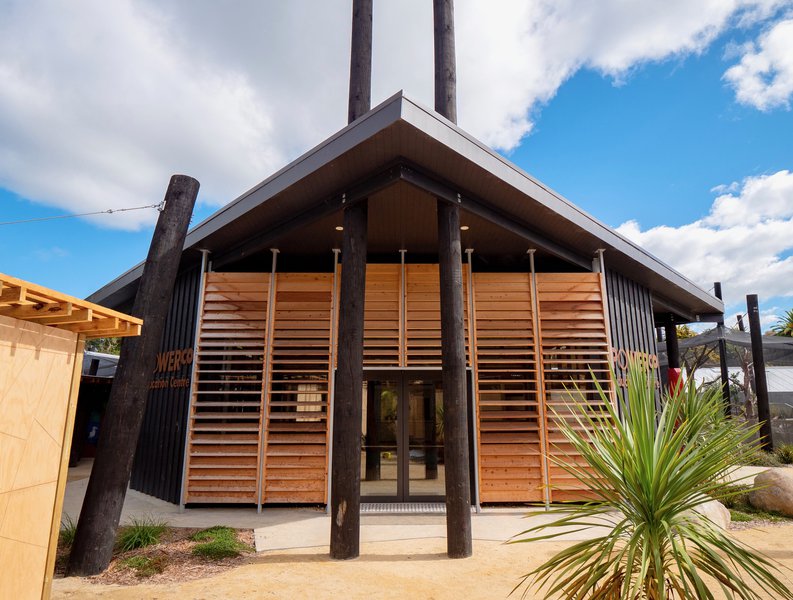 Susie became interested in technical drawing and maths in high school in part, she jokes, “because the ratio of about 3 girls to 15 boys in tech drawing in 1983 was pretty favourable.  It helped that I was actually quite good and the boys would come to me for advice.  I still have friends from those tech drawing classes to this day.”  Then-Director of Chapple & Campbell, David Chapple advertised for a junior role when Susie was in 7th form.  He knew the relieving teacher and asked for a what ended up being a glowing reference; both she and David still credit that teacher for bringing them together.

She continued taking classes through Open Polytechnic and spent the next 15 years working under David, from whom she says she learned a lot about kindness and caring for people.  She never expected to take over the business when David eventually stepped down in 2006.  “I was a single mum with an 8-year-old son at that time, so the idea of running a business was really challenging.  But I was already his second-in-charge and he had put a lot of trust in me, which was humbling.  I also learned quickly that there were some perks to being in charge.  I didn’t need to check in with anyone if I wanted to go to the school cross country in the middle of the day.  I liked not needing to answer to anybody.  But, as much as I knew projects and clients and builders, I had a lot to learn about the business, and business in general.  One of the key things I’ve learned since is communicating really clearly about inclusions and exclusions, so that you’re best serving the project and creating some shared expectations with clients from the outset.” 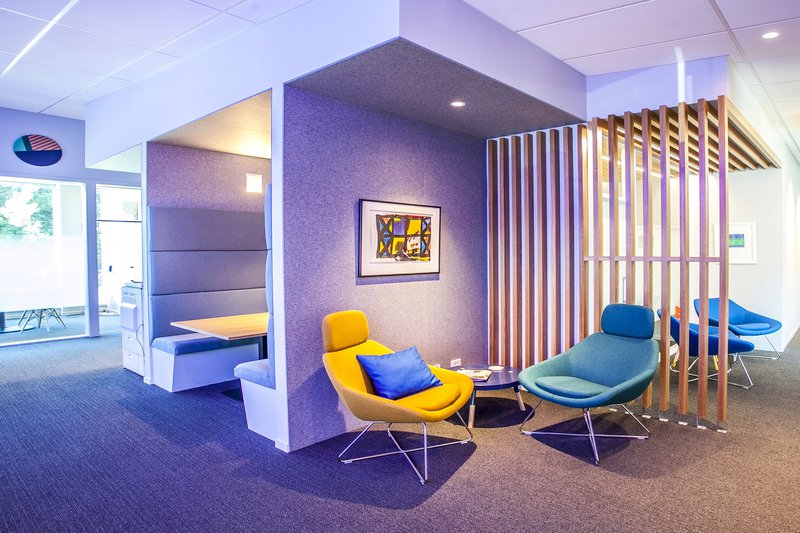 Susie’s learning continues, she says, and she still loves going on courses and picking up new skills. “I’ve done a lot to grow my management and leadership skills over the years.  I’ve got a course coming up about risk management for boards.  I’m currently on the board of Architectural Designers New Zealand which I really enjoy and I’m eager to keep growing those governance skills.”

With her lifelong contacts in the Manawatu, a still-active collaborative relationship with now-retired David Chapple and a practice centred strongly on team, Susie places relationships at the centre of the work.  “The health and well-being of my team are important to me. We don’t work longer than 8 hours a day.  They are encouraged to take sick leave and never turn down a leave request.  I try to ensure that they get variety in their days – so that they’re not just tied to a desk – and to give them the ability and confidence to run site meetings and projects on their own.  When we went into Level 4 last year, I sent care packages to them every Friday.  And we came back to the office as soon as we were allowed.  Not because we had to, but because we missed each other.” 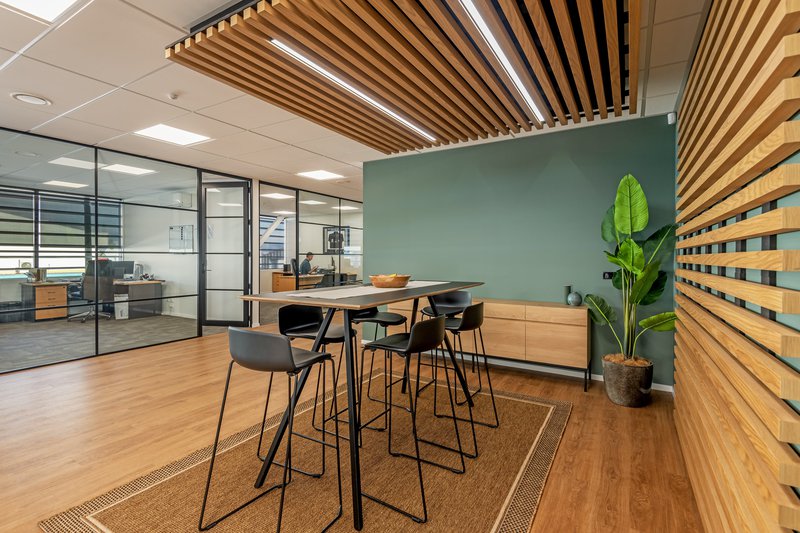