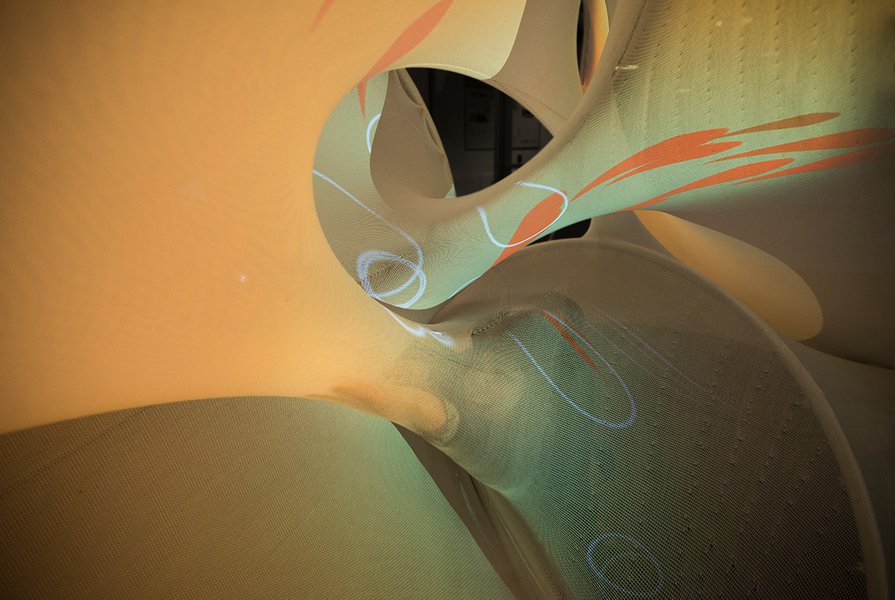 “RESEARCHING THE AREA OF HUMAN BEHAVIOUR WAS CRITICAL."

“I know I keep bringing everything back to my daughter,"Sean Ahlquist says with a humble laugh when asked what makes him feel most alive.

"But it’s so exciting to see when people recognise Ara. The big driver for the work I do is for the world to see her - and understand the challenge it is for her to be a part of it." 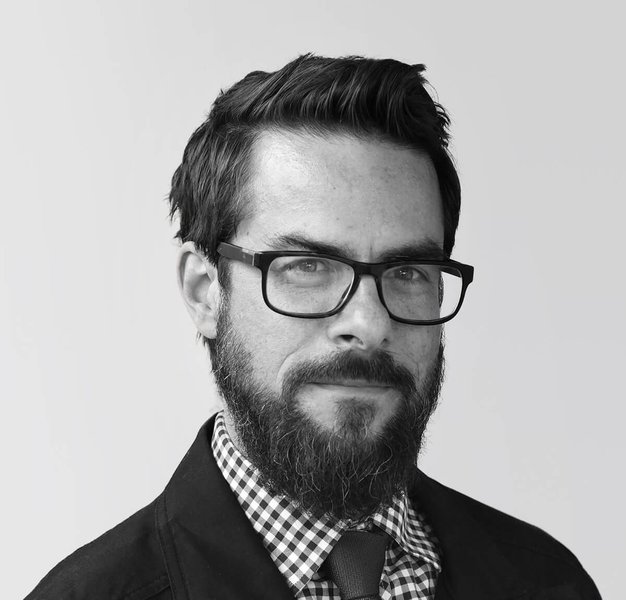 The project was born in 2014 when Sean, a rare architectural breed who creates textile structures using computational design and material systems, saw an opportunity to connect with his then five-year-old daughter who relies heavily on touch to interact with and understand the world around her.

“Researching the area of human behaviour was critical in facing the challenges with Ara and her autism; trying to understand her multi-faceted, nuanced and ingenious forms of communication and how that varies so greatly with our conventional understanding of parenting and the neuro-typical child.

“It required abandoning my own intuition of what it means to be a parent. Doing this work was initially an avenue into learning about autism and Ara’s specific needs, and ultimately became means to connect with others – parents, practitioners, educators, advocates and scientists – all delving into the challenges facing individuals with autism.

An Associate Professor at the University of Michigan – Taubman College of Architecture and Urban Planning, Sean attributes the depth of his explorations to the multi-disciplinary span of collaborators he’s aligned with throughout the research; including researchers in kinesiology and psychiatry, and a range of Ara’s therapists and teachers - among others. 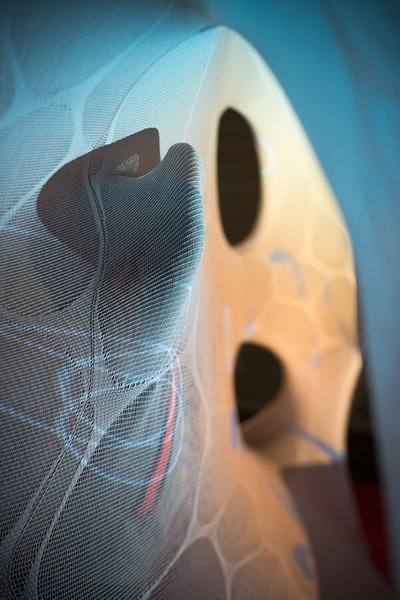 Interdisciplinary work comes with a plethora of challenges, but Sean - whose father and brother are engineers - is wired for it.

“I shared the same interests in terms of mathematics and computer science, but was also more artistic and had a lot of creative interests. Computational design becomes the link to bridge precision with the creativity of shaping space and form.”

Born-and-bred in the USA, Sean ‘bounced around’ throughout his formative years - spending time in San Francisco and also studying in London and Germany.

“Later in my career I learned to blend both spatial tectonics and material expression together. The work I do now sits somewhere between engineering, art and architecture. It’s about forces and structures, but also tries to be extremely intricate, expressive and abstract – leaving interpretation to those that experience the architectural space.”

The research combines material experimentation and advanced fabrication with new modes of interdisciplinary collaboration in order to study the relationships between design, environment and human experience. By involving researchers and practitioners in behavioral science, the unique architectural systems that emerge from Ahlquist’s lab can be studied as instruments to shape inclusive spaces and engender agency for individuals with cognitive and physical differences. Sean - who believes that pursuing ‘someone else’s’ happiness is more meaningful than your own - sees the necessity for bridging the gaps between cross-disciplinary experimental design and applied research.

“Too often this kind of work gets stuck academia – remaining in the lab – and never sees the light of day. Being able to combine research with the practice of architecture and a motivation to explore the relationship between technology and behavior has required it to be put into the world and study the ramifications of context on human agency.” 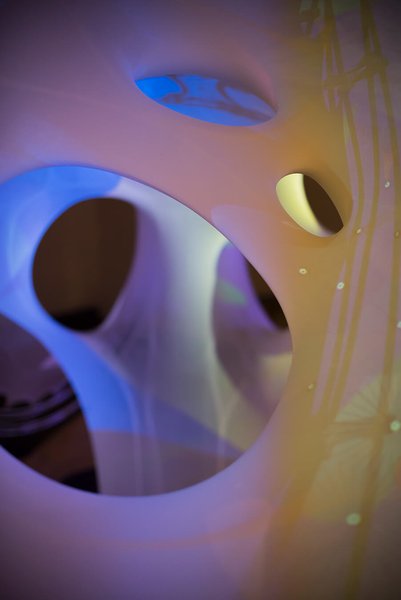 Sean’s work is widely celebrated; winning the Speculative and Prototyping Category in SXSW’s Place by Design competition, and an ARCHITECT Magazine R&D Honorable Mention Award. His work has been piloted across a range of venues from children’s museums to classrooms and theatres. Upcoming exhibitions in 2021 include the Venice Architecture Biennale and the Common Senses Festival in Omaha, Nebraska.

“As Ara grows, the challenges she faces – socially, educationally, behaviorally – are always changing, so the work has adapted in-kind; whether it’s involving new people or taking a different approach. It’s challenging to be forging through new territory, but hopefully it means I’ll leave something valuable behind that can be beneficial to more than just my daughter.”

Suffice to say, he already has.