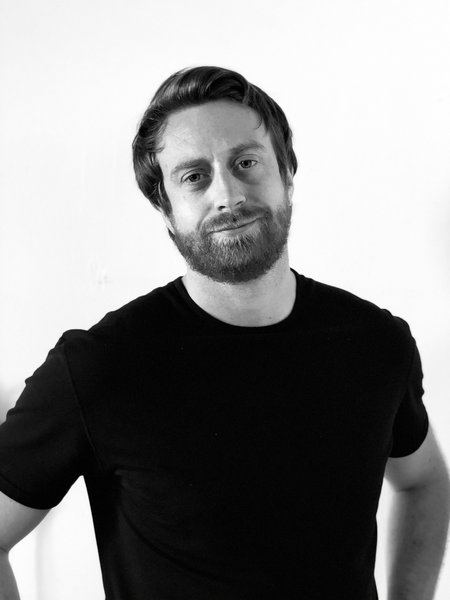 "I toyed with the idea of being a car designer, but I can’t really draw cars all that well.”

His primary focus is with global firm, Bjarke Ingels Group (BIG), where he describes his work as being like an in-house design technology consultant; working with BIM, computational design and emerging technologies at various stages throughout their team’s design process.

“Of the people that I studied with, very few ended up becoming architects because it’s a degree you can do so much with.  But I was always focused on being an architect and actually building stuff which was what first led me to 3-D modelling.  It really just clicked with me and enabled me to expand my design vocabulary through parametric tools and programmes like Grasshopper.  It was then that I started exploring computation and BIM.  It was just a natural evolution of being in practice.”

Olly describes this work as “collaborating with a computer to create solutions driven by real-world data” and says that computationally driven design is making architecture more efficient by automating basic tasks and allowing architects to focus their energies on more important design challenges which require deep thought.   An incredibly powerful tool, computational design can both streamline and enhance the design process by harnessing the power of a computer to create solutions that the designer may not have reached on their own.

Olly is also deeply committed to workshopping cutting-edge ideas outside of formal practice, which he is exploring through global architecture collective, PIXEL.  “I’m really interested in the intersection of design, technology and fabrication; the actual act of making which is something that I think has been lost for many architects.  Traditionally, we design something and then give it to someone to build for us.  But digital tools are allowing us to take some of that process back now through digital fabrication, most commonly with practices like laser cutting or 3-printing which will eventually expand how we work as architects.”

There’s a strong sense of purpose underpinning Olly’s work and a passion to tackle some of the critical issues of a generation.  “As architects, it’s not only about how we build or design, but what we’re actually building.  For me, it’s about exploring what I can do as an architect in this time period where we face so many collective challenges.  For instance, the world is screaming out for affordable housing, yet this isn’t reflected in manufacturing, in part because most well-known architects don’t prioritise it.  PIXEL is about exploring ideas, techniques and technologies that we think will really tackle that niche of using technology to build things that we think are really needed.” 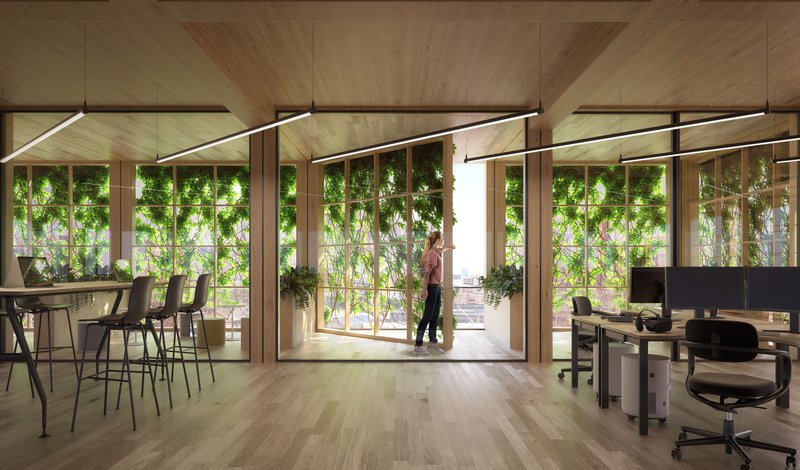 One of the most exciting areas of exploration for PIXEL is mass timber, specifically the combination of computational design, modular construction and mass timber.  Olly sees this as a way to rapidly expedite the design process while also providing an incredibly sustainable design solution at scale and capitalising on the well-being benefits of biophilic design which utilises natural materials.

Olly is grateful that his work has continued more-or-less uninterrupted in 2020, despite having been in New York when it was the epicentre of the COVID-19 pandemic back in March and April.  He says that he’s slowly starting to see normality return to the city and, with it, some cause for optimism.  “In New York, you’re starting to see some of the positive sides of the pandemic.  All the restaurants have been able to take over a portion of the street; so in front of a restaurant now you’ll have tables and chairs outside and, in some cases, the streets have been completely taken over by pedestrians.  I understand that many will stay this way indefinitely.  It makes the streets so much more interesting.  Each restaurant has built their own little take on a barrier and the character of the restaurants has spilled out onto the streets, creating these really interesting and unique streetscapes...I grew up in the countryside so I’ve always had a fascination with cities and the way they are designed.  I’d love to see more architects thinking about cities in general: a broader idea of how cities and streets will change over time with pedestrians taking over again as cars get automated, for instance.  And, somewhat unexpectedly, COVID-19 has provided an opportunity to do exactly that.”

Olly has also begun to explore the remote education space this year, with live and recorded content online focusing on emerging technologies and tools such as Rhino.Inside.  While this wasn’t borne of COVID-19, it is an area of increased interest for him and one that he hopes to pursue long after people return to shared physical workspaces.

Looking to the future, he’s excited about the increasing impact of AR and VR.  “Those are really exciting together because they allow a higher bandwidth of communication for us as architects.”  He’s also keeping an eye on blockchain and its potential impacts on the industry.  “The application of blockchain in the real estate world could be really exciting as a means for architects and developers to self-fund projects or break up physical buildings into more fragmented means of buying them...It could be a technology that, in the same way platforms like Soundcloud allow musicians to publish music, enables architects to self-fund projects and take crowd funding to the next level.”

To learn more about Olly, BIG and PIXEL, check out https://www.pixel-arc.com/ or follow Olly on Instagram @olly____t. or BIG @big_builds 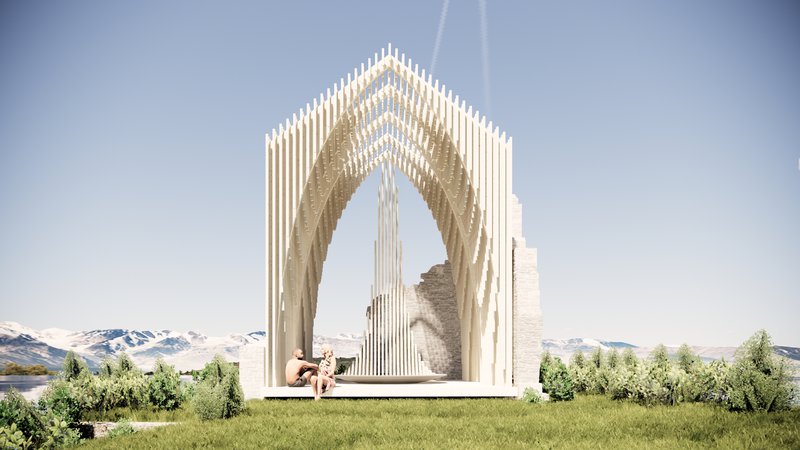