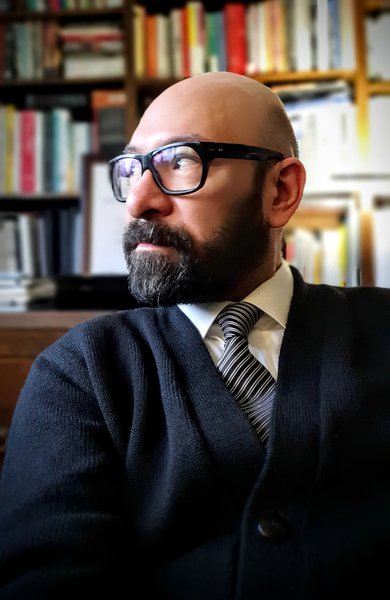 “We have been obsessed with corners forever.”

"How does architecture position itself after 2 or 3 thousand years of history of the discipline?  What do we still have to say after all that time and what’s the relevance?”

As Founder and Chief Designer of SPAN and Associate Professor of Architecture at University of Michigan’s famed Taubman College, Matias del Campo, explores what he jokingly calls ‘the witches cauldron’ of architecture’s rich contextual, philosophical and sociopolitical history, in the context of the most advanced technologies.

Chilean-borne but raised in Vienna, Matias credits the architectural landscape of his childhood with his passion to create cutting-edge innovations that are rooted in and inspired by the past.  “Vienna has a very strong historical background and you’re exposed to it continually, whether you’re actively looking at it or just passing by.  Growing up there, you develop this sense of the history of architecture and how it has contributed to culture, what it means beyond just being shelter and how it becomes a symbol that expresses something deeper than just its structure.” 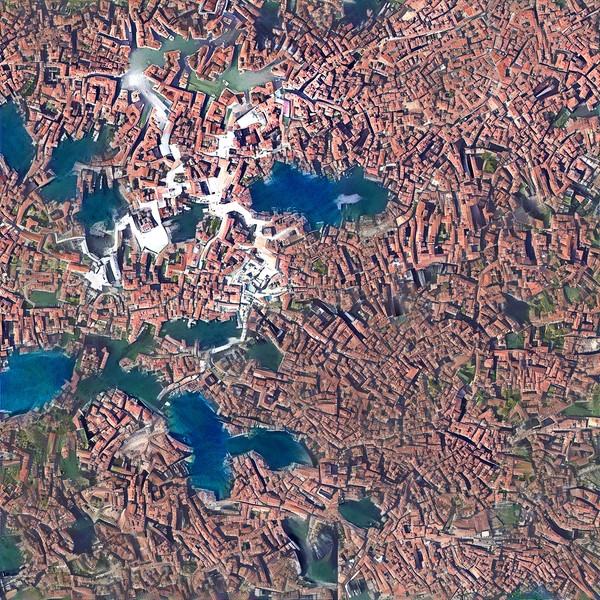 This wasn’t a realisation that came naturally for Matias. “I was actually rejecting it for a long time.  I was always keen to do something innovative and revolutionary and new and fantastic.  Until I figured out just how much of that architectural context of Vienna really influenced me without me even noticing.  Once I became aware of that, I could far more actively pursue that thing that I was already perceiving subconsciously.”

This historical context of architectural lineage is especially suitable for the work that he is now doing with Artificial Intelligence, as AI can analyse huge volumes of information very quickly.  “Because our discipline has such a long history, we can rely on a couple of thousand years of old building plans.  Millions and millions of examples through which we can take trained databases to mine the whole history of architecture for new, interesting and helpful solutions.”

The son of a programmer and a stage designer, Matias says that the correlation between art and technology has been an ever-present relationship in his life as were arguments, he jokes, in his childhood home about which had greater value.  He always wanted to become an artist of some kind and in his early teens he realised that architecture could combine these passions of architecture and technology.  “My high school and my university were a 5-minute walk away from each other; so in high school I started sneaking into university architecture classes to see what they were learning...  It was a weird time to study because there really was no formal computer training yet.  The university was reluctant to even buy computers.  When they eventually got a few, I would sit in the lab day and night.”

Matias and his co-founder, Sandra Manninger, connected over their love of computational design and launched SPAN together as soon as they graduated from university.  As he says, they had already been working for other people for long enough and they were keen to go out on their own.

Still perhaps best known for their design of the Shanghai EXPO Pavilion, Matias cites this project as what took SPAN beyond Vienna and made them realise that they were not alone in the computational design world.  With their increased international presence and a shared passion for the educational side of the industry, the co-founders eventually relocated to the University of Michigan to teach at Taubman College, while maintaining their global practice in Vienna and China.

“I would love to have a longer conversation with a trained philosopher, for example.  I have so many questions that I still don’t have the answers to.” 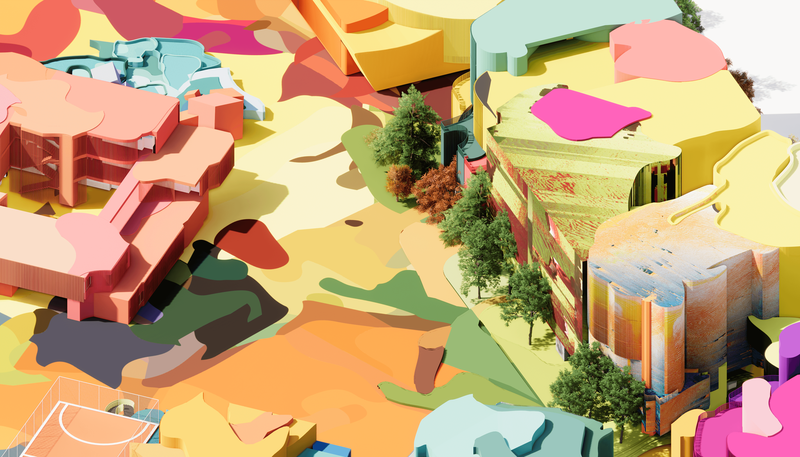 “The professional practice and the academic practice communicate with each other very strongly.  We design projects that are based on AI and the students research what is possible with that.  We also work closely with the Department of Robotics and Computer Science.  They are really interested in what we can do with AI and architecture and have been incredibly helpful, for instance, in training our students in programming, allowing us to produce work based on these technologies at quite a sophisticated level.  Because of that really strong relationship between the office and the studio, we were able to found the Laboratory for Architecture and Artificial Intelligence at Taubman College and we are hoping to get our first PhD students in that programme soon.”

Matias acknowledges, however, that the pandemic put many of both his academic and his professional projects on hold.  “We’re lucky that we have assembled such a good team at SPAN.  We’ve never micromanaged them, which has made our transition to fully remote work very seamless. 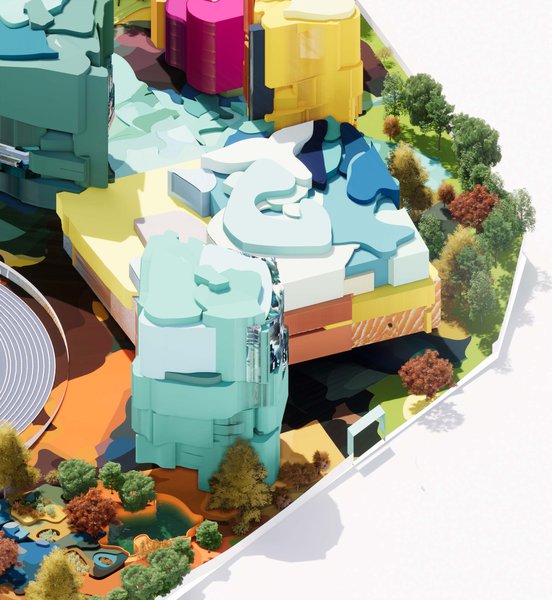 “It has been a tough year, but it has also given us time to think about projects and develop them further.  One of the projects that I’m really happy to see starting back up now is the Robot Garden that we developed for UM’s Robotics Institute.  It’s a test ground for robots on two legs which gives them different surfaces and obstacles which they are forced to navigate.”  This is one of the world’s first ‘post-human’ projects, he says, as the robots were given machine imagery of different surfaces including forest floors and beaches, and then designed the landscape for themselves.  “It was designed by machines for machines.  It’s about three quarters finished now and we’re hoping to celebrate its completion in the spring.”

Matias is also nearing completion of his new book “Neural Architecture” which explores the architectural theory behind his work and is due for release in the autumn.  He is eager to share knowledge and connect with professionals across a range of fields who are interested in exploring cultural meaning and fostering conversation.

“I would love to have a longer conversation with a trained philosopher, for example.  I have so many questions that I still don’t have the answers to.”