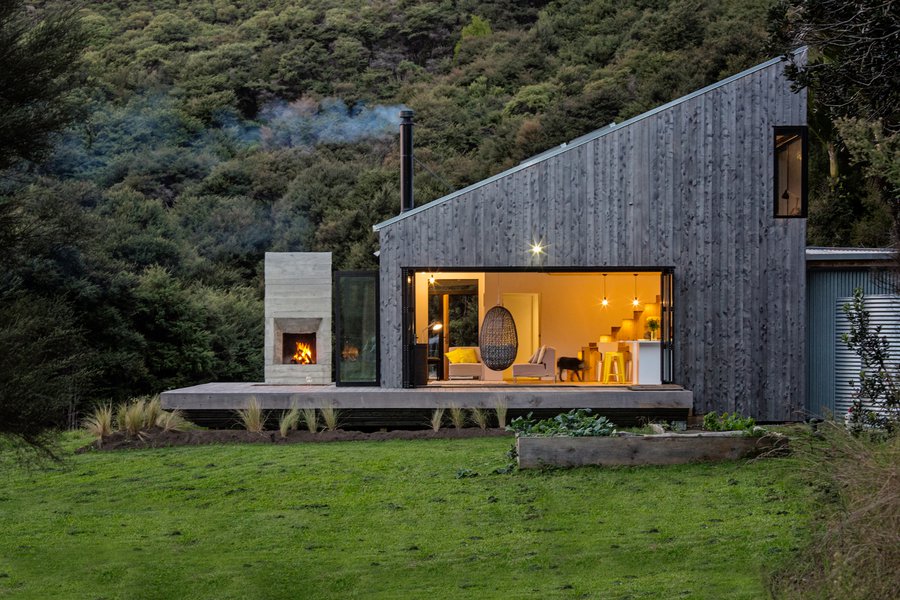 “We still go camping at Christmas together.”

Co-Directors and long-time friends, Joseph Long and David Maurice have been designing for the Hibiscus Coast and the wider Rodney area with their firm LTD Architectural Design Studio for more than a decade.  “I couldn’t do this with anyone else,” Joe says.  “We work well together because we approach projects from the same angle with what we’re trying to achieve.  We’re also both local boys and we know the area pretty well.”

“I love the natural environment we have in this part of the country,” Dave says. “We’re connected to Auckland and we do urban work from time to time but our focus really is coastal, rural and north of the city; often former farmland which has been subdivided with no utility services at-hand.  Our architectural design engages with all of that context.” 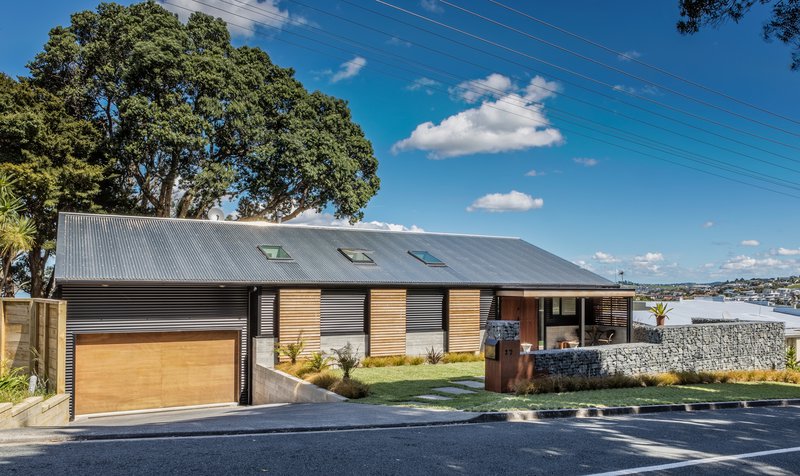 Because of the nature of the area, a substantial part of LTD’s portfolio is in restoration and upgrades of old bach stock from the ‘60s and ‘70s.  “Historically, this part of the country has primarily been the holiday destination for Aucklanders, with run-down baches which are being slowly upgraded over the years and converted into family homes,” Joe says.  “It’s really awesome to see how we’ve been able to affect change in our local area over the last 12 years and improve the quality of housing here.”

“Giving new life to some of these older places has become, by default, a big part of what we do,” Dave adds.  “Seeing potential in an existing development that’s already there and making that live on for another 50 or 100 years is quite rewarding.”  With projects ranging from renovations to residential and commercial builds, it’s practicality and simplicity that really tie LTD’s portfolio together.  “There’s not a lot of flat land here and every site has a new set of challenges,” Dave says.  “Every build is a prototype.  Which means that the work is never boring.”

The work is also evolving, Dave says, with the practice moving in a more holistic direction to meet the needs of their local community.  “The design is one element, but we also believe that our friendships, our place in the community, our support for staff – both professionally and personally – our care for the local built and natural environment and our efforts towards improving the efficiency and affordability of construction are equally important.”

“Giving new life to some of these older places has become, by default, a big part of what we do."

After a decade with Sovereign Homes, Joe set out on his own to launch LTD Architectural in 2008 to focus on coastal and lifestyle architecture, with Dave joining him shortly after in 2009.  “I had been working for a long time with volume housing which was guided strongly by cost and construction.  And, really, I just wanted more architecture in my life.  I wanted to learn and grow, and I have matured a lot since going out on my own.”  Dave joined the practice shortly after, having spent years as a qualified carpenter before going back to re-qualify as an architectural designer.  “I wasn’t sure what I was going to do; I just knew I didn’t like building,” he says.  “I learned about the degree through my then-flatmate who was studying architecture at the time.  I knew as soon as I got into it that it was what I wanted to do and I’ve never looked back.”

Prior to entering the industry, Dave says he didn’t really have much exposure to architecture.  “I went to school in the suburbs of Melbourne before coming back to New Zealand in my high school and college years.  And my parents weren’t really creative people at all.  You could come home really excited about a piece of art or design and they never discouraged it, but they didn’t really get it.  In some ways that was quite a good thing because it built independence and resilience; the ability to back my own ideas.”

Joe grew up with his Mum just 10 minutes from where the LTD office is now based.  “I had an awesome childhood with lot of input from my grandparents who lived in a minor dwelling on the back of our property.  Technology and woodwork were really the only things I was interested in at school.  And then I got into technical drawing at high school.  My first desire was to be a builder and a designer, in that order.  Back in the ‘80s and ‘90s, there were a lot of those kinds of builders who drew their own plans.  I just loved the whole idea of drawing something and then going out and building it.  One of my uncles did that and I think it had quite a big influence on me.”

The two Co-Directors haven’t looked back since going into business together and creating an environment that both say never feels like work.  “We laugh about our job,” Joe says, “because we literally get to spend our days creating and building models and we have so much fun.”  Dave laughs.  “Yeah, it’s not exactly the coal mines, is it?” 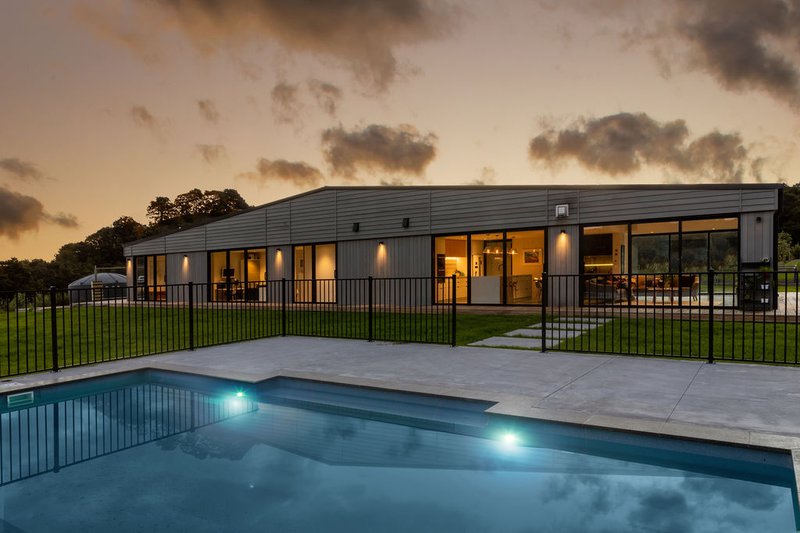 There’s a lot on deck for LTD, with up to 50 projects at various stages of completion on their books at all times.  They’re also working on a significant upgrade to their digital presence over the next couple of months.  As Joe says, “Our clients now are not the same as they were 10 years ago.  As we grow and develop, we attract different kinds of people.  And the younger ones, in particular, expect a higher level of design, access and information.”

Both note how the market continues to shift and evolve in response to global factors like COVID-19 and climate change.  “Especially in this last year, clients are really starting to think seriously about sustainability and climate change, and put in the money necessary to prepare for the future,” Dave says.  “I think COVID has been a catalyst for that, with everyone reassessing their values and increasing their own design awareness, especially now that many are working from home... We have also realised that business can be a really positive thing by creating a hub for connection for people and ideas within a community and we’re eager to keep fostering that.”

Joe is loving the additional opportunities to work with people as the business grows, both from the client side and within LTD’s growing staff.  “I really just like working with people.  I get a lot out of making people happy.  For most Kiwis, their home is their biggest investment and I get to help them bring that to reality.  I give them the best version of what they can afford and significantly improve their lives...  And I’m also always working to create the best environment here and support our team.  I feel really chuffed when repeat clients come back and ask to work with the same staff member again.  That’s a really powerful statement about the level of service we’re providing.” 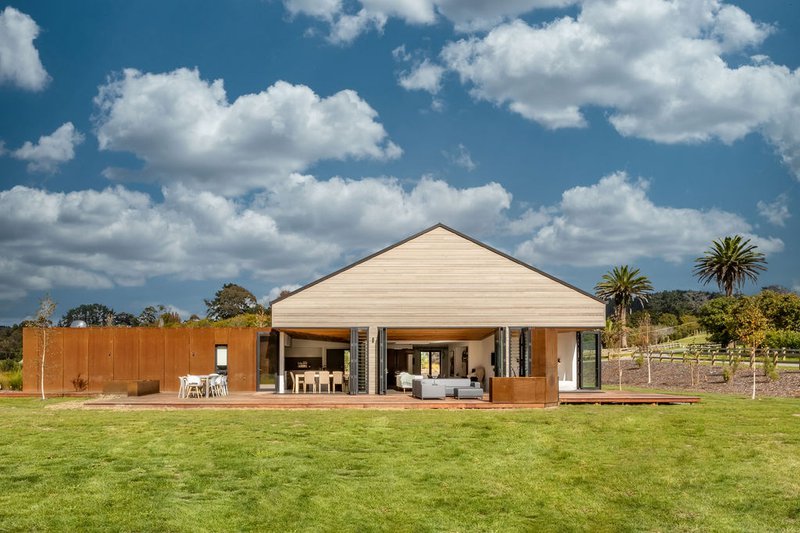 For Dave, it’s the learning that keeps him excited about the road ahead.  “I’m continually fascinated by the process of design.  It doesn’t even need to be houses or architecture.”

“A friend of mine said Dave would be happiest if he could just disappear on a big piece of land and build projects and experiment,” Joe laughs.  Dave replies, “I just love working on the same idea for a few years in different iterations.  It’s like exploring, right?  And, you know, there aren’t many frontiers left.”

To learn more about LTD Architectural and to connect with Joe and Dave, visit https://www.ltdarch.co.nz/ and follow them on Facebook. 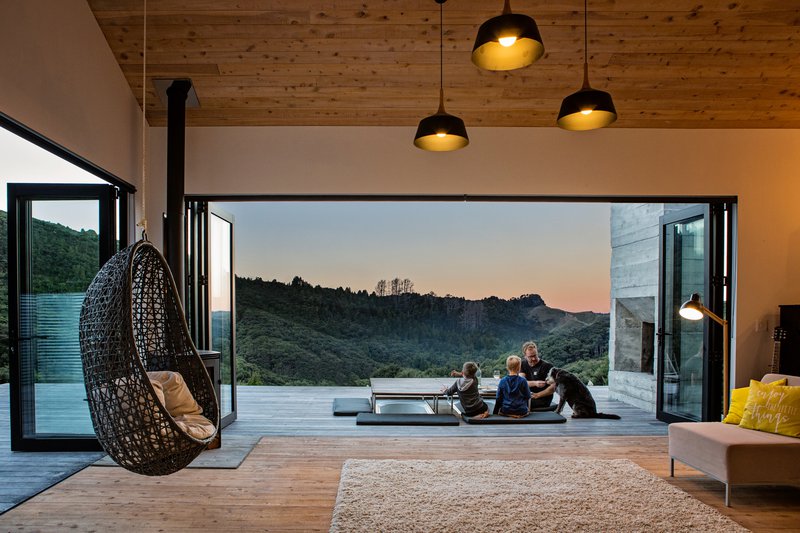