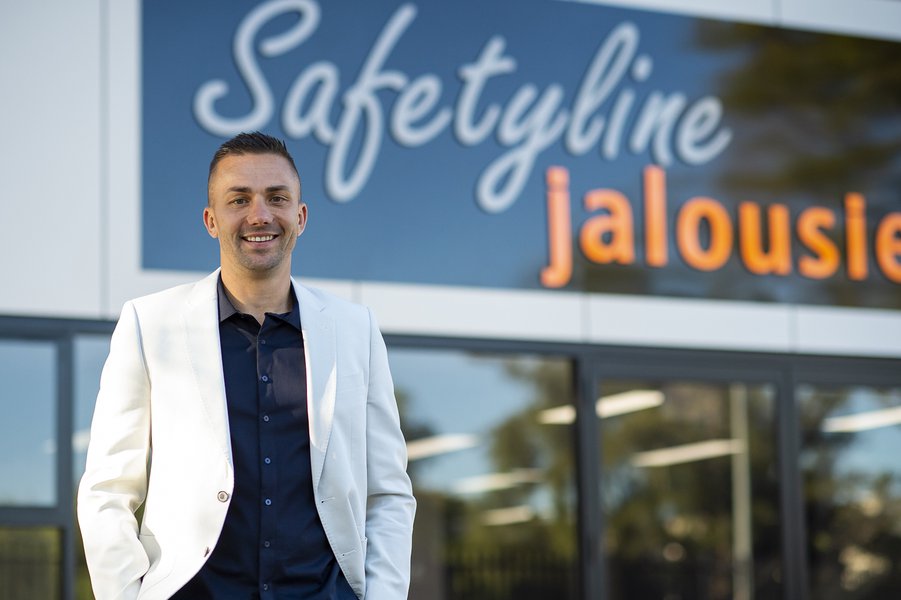 With his brother and Co-Founder, Nathan, Leigh has been working hard to mainstream Safetyline Jalousie’s unique, slatted louvre windows in the Australian market since 2010.  “Natural ventilation is a historically undervalued aspect of building that is so important.  20 or 30 years ago, the trend was fixed glazing with modern air conditioning and heating systems; there was a big push to seal buildings up and make them closed boxes.”

Natural ventilation has the ability to reduce air conditioning requirements, lower energy costs and create greater operational efficiencies, Leigh says.  “Traditional buildings often had awning-style windows which only allowed for about 20% of the air to get in, whereas our louvre windows allow for 80-90%.  We want to incorporate natural ventilation into all buildings so that they can breathe.  Simply using the air outside to help buildings breathe more efficiently reduces your energy consumption and costs, as well as your carbon footprint.” 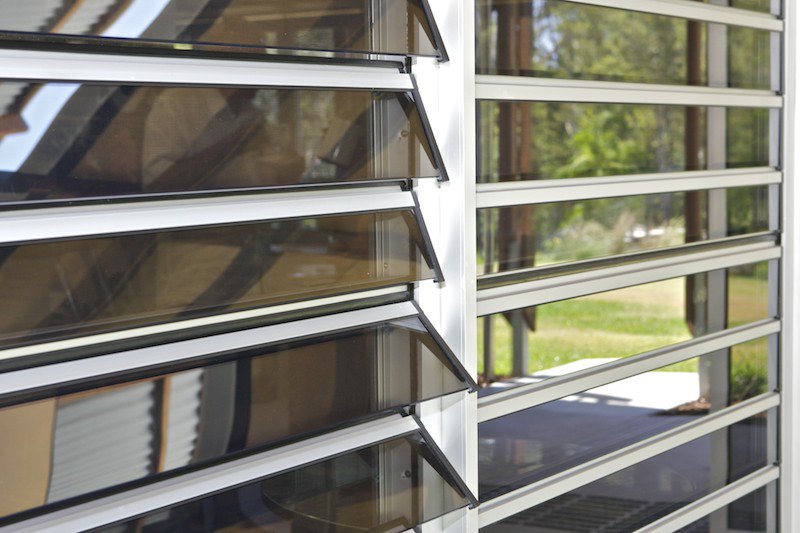 Safetyline Jalousie’s louvre windows have been paired with smart automation systems to increase their efficiency and safety in commercial builds.  “Most modern buildings have a Building Management System (BMS) which monitors things like temperature and humidity.  By partnering with a couple of different control companies, we’ve been able to incorporate our products into those automated systems so, for instance, if it starts to rain, the system will close the windows automatically.  They can also be remotely controlled in a fire event so that each level can be isolated to allow smoke to vent out of the hallways and enable the occupants to get out.”

Leigh says that they’re looking closely at all of the challenges and lessons presented by the COVID-19 pandemic.  “There’s a whole range of new studies showing that there’s a sweet spot of humidity where airborne viruses and diseases cannot live, so we’re working closely with BMS systems to monitor and control humidity ranges.  The implications of this in commercial and school buildings are huge, with the ability to significantly reduce the risk of sickness...  We’re also really reaping the benefits of sticking with Australian-made products now that there are so many challenges with shipping internationally due to the pandemic.” 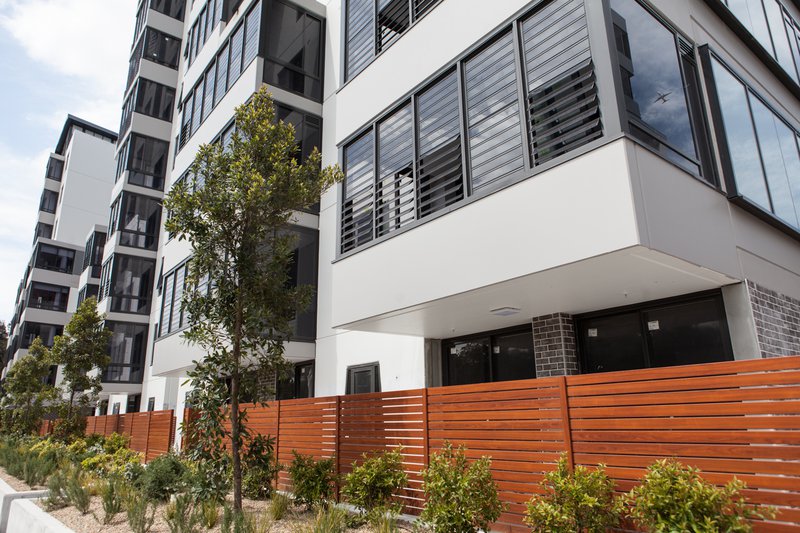 An active childhood spent enjoying Sydney’s northern beaches and riding motorbikes with his brother gave Leigh what would become a lifelong priority of family first.  “My Nana and Poppa used to live with us, which was really special.  And growing up, Nathan and I were always quite close – he’s really my best friend as well as my brother.

“My mother called me her ‘A-Z child’ meaning that everything in my life was always all or nothing.  And if you told me I couldn’t do something, I damn well would do it.”  Leigh suspects that his drive and stubbornness come from his father, who owns a manufacturing company called Vergola which makes opening and closing roof systems.  “I guess I was always sort of primed to run my own business in the manufacturing space.  I just didn’t always know it.”

When Leigh left school in year 10, he assumed he would jump straight into the family business, but his Dad had other plans for him.  “He said I needed to go and get a trade certification first, so I went out and became an apprentice mechanic.  I quickly learned that liking cars and being a mechanic are not the same thing,” he laughs.  When he did eventually return to work for his Dad, Leigh started off sweeping the factory floors.  “I worked my way up from sweeping floors to working machinery to truck driving to construction and then eventually through the office into commercial sales.  My dream had always been to just take over Dad’s business and that was it, but I eventually realised that his business would never be my business.  And I wanted the fulfilment of building something that was mine.”

“Over time, those incremental improvements can add up to big things.”

The chance discovery of a new market opportunity set Leigh and Nathan on a path of their own, one which he says has been very carefully mapped out to ensure their success together as co-founders.  “When we went into business together, there were definitely people who thought it could create hurdles in our relationship.  But one of the best things about working with family is that I know he’s got my back and vice versa.  We would never do wrong by each other.  I think the key to our success over the last 11 years has been to keep boundaries and roles explicitly clear.  Just like every other employee, we have a role and a box and we stay in those boxes.  We make sure that we are both accountable to the business and we never override each other.”

Leigh is also a competitive athlete with a background that includes soccer, cage fighting, marathon-running and triathlons.  Business is not that much different, he says, with a specific goal to reach and the competitive drive to get there.  “You have to put in the work and keep pushing.  You never lose.  You either win or you learn.  And if you make it through those hard sporting events, the next time business throws you a curveball, you can use those skills to roll your sleeves up and find a way through it.” 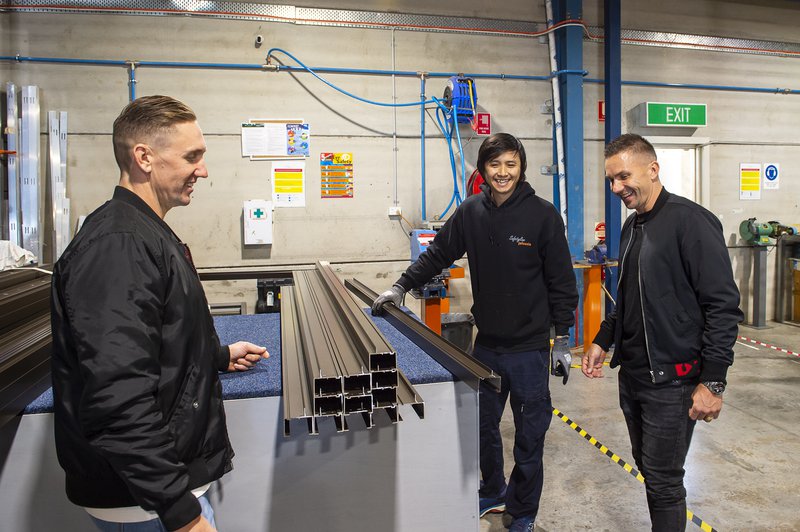 There’s a lot on deck Safetyline Jalousie, with three new products being brought to market later this year.  “We saw some additional opportunities in the market for things like large-format blades to enable better facade and podium work.  There’s really nothing else like that on the market here.  So we’re creating something Australian-made and Australian-owned that we believe the industry needs.  We’re also introducing a more energy-efficient product with new materials to improve performance.  After the new products hit the market, it’s our job to cement these products as the industry standard, so we are working hard to lobby government to support that as well.”

Meanwhile, Leigh never stops striving to maintain the balance between work and family.  “I have three young children who are 8, 5 and 3.  When I was little, I always wanted my Dad around more, so I’ve made that a priority now that I’m a father.  I hate seeing young guys getting sucked up into business and forgetting why they’re actually doing it.  There’s just no point in any of it if I can’t be there for my family.” 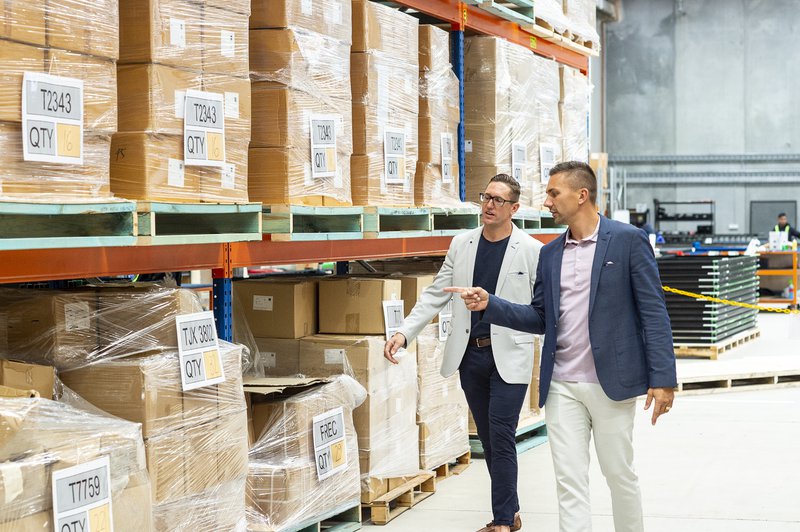