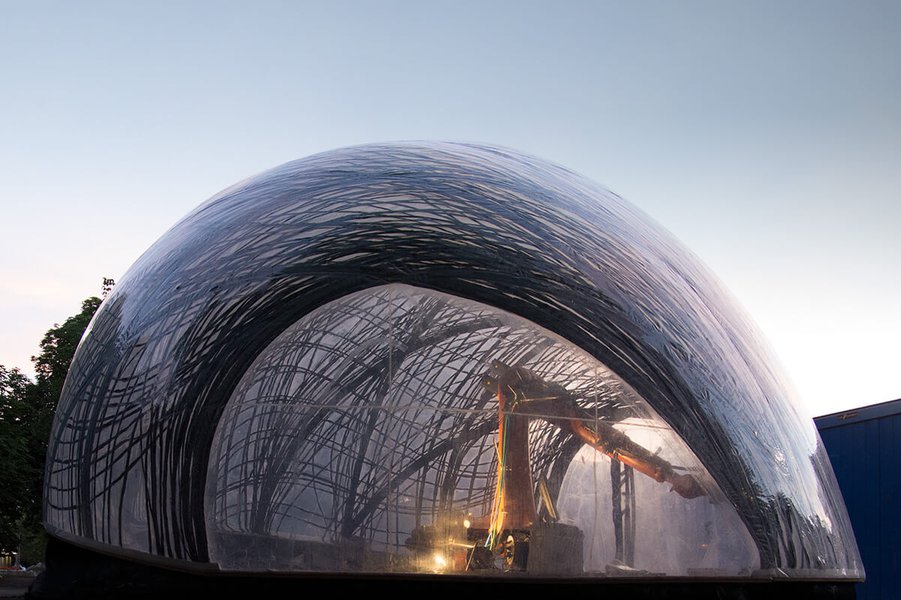 “THE FUTURE IS ABOUT DEVELOPING SYNERGIES BETWEEN HUMANS AND MACHINES.”

Lauren Vasey was never very good at staying inside the lines.

With a Bachelor of Science in Engineering and a Masters of Architecture under her belt, the American national is currently a Postdoctoral Researcher developing robotic fabrication processes for innovative building systems at the Swiss Federal Institute of Technology in Zurich.

Now internationally recognised for her pioneering work in sensor-based and adaptive robotics and a sought-after public speaker at the age of 33, Lauren could argue that the lines are overrated, anyway.

“When I was younger, my teachers didn’t really know what to do with me. I was always good at math and engineering but also very creative. 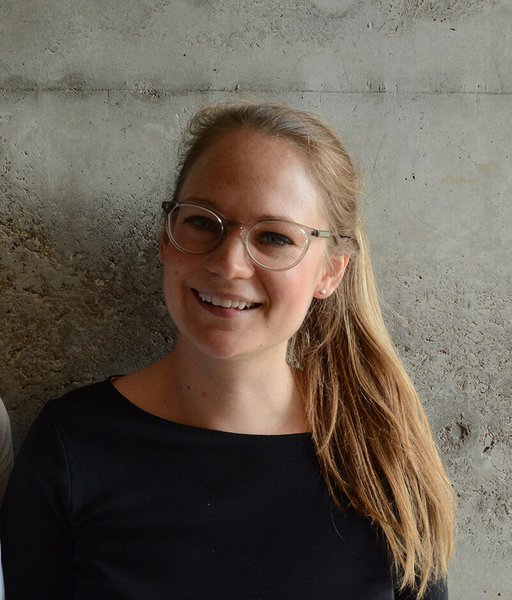 “I’m not interested in solving problems that have a clear result. I’m interested in inventing and developing entirely new systems that do not exist yet. Or using computation to develop and push the limits of new processes - but still from the perspective of developing new tools and processes, not optimizing existing ones.”

Born and raised in North Carolina, Lauren’s family is ‘full of doctors’ who had ‘very linear’ study and career paths. While her parents were always very supportive, the scholarship recipient admits it can sometimes be challenging ‘when the job that fits you doesn’t exist’.

“You make these decisions about your career but it’s really a leap of faith. You know that eventually these skills are going to matter and be important, but robotics in architecture and construction is not a field of study by itself just yet. It’s a new field very much emerging between many different domains”

The field is certainly gaining momentum. After joining the Institute for Computational Design and Construction at the University of Stuttgart, in 2014, the designer and educator investigated feedback-driven robotic construction processes - including multi-robot and human-robot collaborative processes. These approaches enable automated machines to sense their environment and adapt their actions accordingly, which could enable them to handle unpredictable material systems or to act in unstructured sites like construction sites. 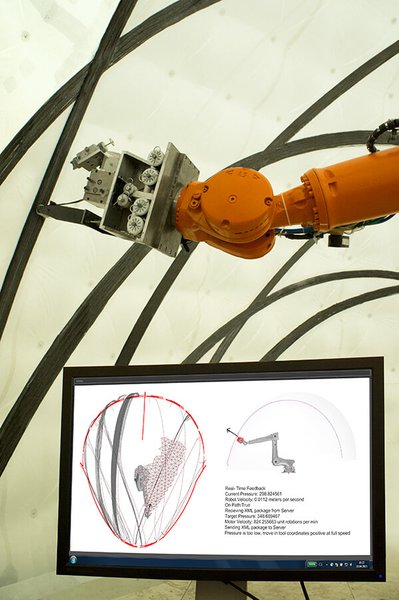 While the concept of automated construction draws questions around the potential for reduction of work opportunities, Lauren says it’s about finding synergies between humans and machines.

“It’s about social sustainability. It’s not about replacing humans or automating what they typically do; robots can’t do that, they don’t have the dexterity or fine motor skills that humans do."

“In many sectors there’s a shortage of human labour, or a lot of people having to do menial or dangerous tasks. Robotic construction is about improving workflows, increasing quality, decreasing costs but still keeping humans in the loop. Many existing building systems have been developed in fact from the perspective of human assembly. So we can’t just automate existing systems or replace humans. We have to invent new building systems, new modes of collaboration, and even imagine new robots that are developed specifically for these tasks in construction.”

While the vision may sound cut-and-dry, robotic construction relies heavily on creativity and outside-the-line exploration. Though a trained engineer, when it comes to big decisions Lauren doesn’t just go with her head. 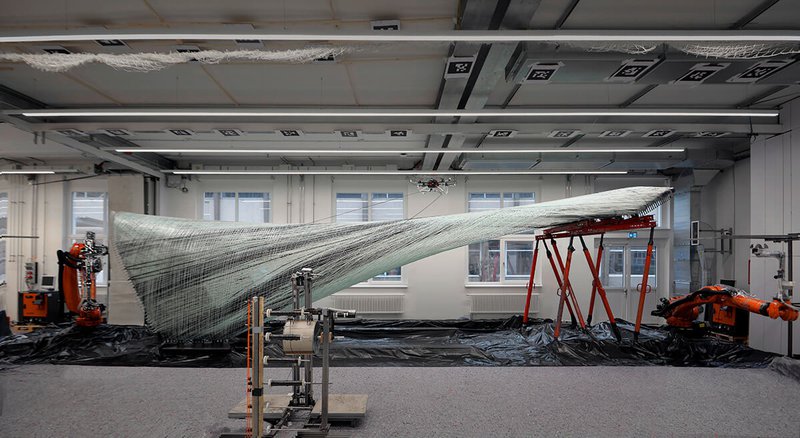 “You can always investigate questions with a level of certainty if everything is quantifiable, but in design and research development you have to make decisions based on a multitude of factors, some quantifiable, others not. Sometimes you don’t know why you choose one direction, but you just have to trust it. It’s intuition, I think.”

A widely published researcher, keynote speaker and industry-advocate Lauren actively - and perhaps, intuitively - champions others to explore what’s outside-the-lines, too.

“I feel really strongly about supporting the next generation, particularly women in technology, an area where gender imbalances can still be prevalent."

“I also encourage anyone I'm teaching to pursue their own combination of skills. In academia we have a tendency to put people in categories, but if someone really likes two fields of knowledge such as construction and computer science - there’s probably a job that will emerge between those domains. If you’re interested in what’s between disciplines - explore it. You don’t have to focus on one single path.”

As a presenter at our first Teulo Talks event, Lauren will be discussing ‘one of the biggest challenges for the next 10 years in the built industry’; how designers, architects and construction professionals can both integrate and leverage robotics.