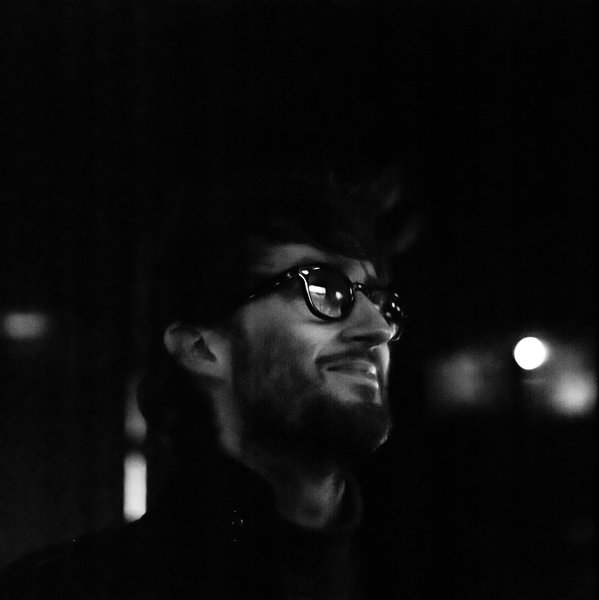 “I find it really exciting to find solutions within what’s already on the table.”

“What I love most about my job is that it’s a completely new and different challenge every time.  I don’t have the one solution for everything or the one software or the one design methodology.  At str.ucture, we’ve learned to mix software packages and to code tools to make them talk to each other.  The result of that is a hybrid system where you’re not working with only timber or steel or a specific typology of systems.  It’s a blend which combines the best to make them even better.”

Raised in the north of Germany with his older brother and younger sister, Julian’s Waldorf education nourished his creativity and fascination for the arts.  The defining moment, he says, came when his father secured a contract in Johannesburg which saw the family move to South Africa for his final year of secondary school.  “There’s a tradition in Waldorf schools in year 12 that you can self-define your own project, whatever you want to do.  I was really into rock climbing at that time, so I suggested that I would build a climbing wall.  It turned into this mega project.  I was given the chance to go to a civil engineering office to learn how to draw reinforcements designed for the concrete structure, how concrete works and how to do the drawings for everything.”  He created a network of local builders to donate their surplus concrete and with support from his mother he sourced day workers to help him construct it.  The result was an 8m concrete climbing wall which is still there and hosts climbing competitions for local schools. 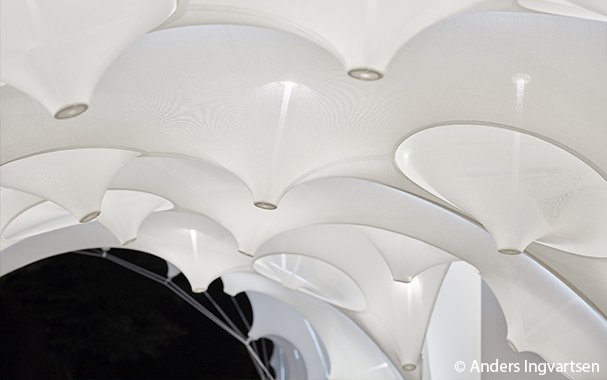 “I had so much fun and I just knew that this was what I wanted to do with my life.  I went to the University of Stuttgart with the idea of studying civil engineering first and then transferring those credits into architecture.  And there I bumped into this whole world of lightweight structures that I found hugely interesting.  The civil engineering studies were hard for me.  I wasn’t – and am still not – a very good mathematician so I had to work really hard.  But it was that interest in lightweight structures that kept me going.”

Julian started working alongside his studies with Stuttgart-based architecture firm SL-Rasch, known for its large, convertible textile structures in the Middle East.  “I was one of a few very young civil engineers working there; they gave us a lot of freedom to work and explore.”  Julian credits Prophet’s Mosque in Medina, Saudi Arabia as being the project which ultimately shaped his career to follow.  “SL-Rasch had developed first concepts for these big, convertible umbrella roofs back in the ‘80s and ‘90s and it was suggested that they could use these structures to shape an entire piazza.  After a lot of prototyping and false starts, finally, in the early 2000s, the new Saudi Arabian King decided he wanted to build it.”

“It really started as an ideology to be aware of our impact in the building industry".

Having just finished his Bachelor’s degree, Julian was thrilled to be offered the opportunity to do the engineering for such an ambitious project.  “I had no idea what I was getting myself into.  I had just become a father and was continuing my studies on the side when I jumped head first into this project with one of my university colleagues.  For a year, we went all out, learning everything we could about Fine Element Modelling.  We eventually founded our own engineering office inside that architecture office where we became the young rebels who did the engineering for this multi-billion-dollar convertible roof project.”

He shaped his Master’s thesis around Prophet’s Mosque and its parametric programming of kinematic systems, and was eventually offered the opportunity to continue that work through a PhD in architecture at the University of Stuttgart.  As a result, he says, he’s remained close to the academic world throughout his career.  He now splits his time between his structural engineering practice in Stuttgart and his teaching practice at Kassel University.

Through both, his fascination with lightweight structures has continued to evolve.  “It really started as an ideology to be aware of our impact in the building industry.  As a society, we focus all this energy on the climate impacts of transportation, but 40% of our CO2 emissions are coming from the building sector.  Given all of our problems with global resources and population, it’s not an ideology anymore; it’s a must.”

The best part of the work, he says, is his ability to be hands-on with every aspect of a project.  “As a civil engineer, there are days where I’ll talk to a saddler about sewing threads and needle sizes to sew membranes and then half an hour later I might be talking to an engineer about a complex software problem and then later still I’ll be figuring out how to move a 20-tonne mega steel roof in one piece.  Most other kinds of engineers end up highly specialised, whereas I get to jump scales and sizes constantly and touch absolutely everything.”

Julian’s current research and passion lie in the ability to move beyond what he calls the “climate-aware methodology” to designs which can actually shape climates.  Through both his academic and his professional practice, Julian is now exploring how to make large, lightweight structures convertible and multi-functional in ways that positively contribute to local ecosystems.  “Through my early work with convertible structures I realised that, in a desert climate, you need to reflect sunlight in the daytime and then take away the shading surface at night.  This enables the cool air from the atmosphere to go directly into the big masses of the stone facades so that the building substance has a chance to cool down.  In collaboration with my PhD students, I’m now exploring how structures like convertible roofs could help shape local climates and ultimately be a positive influence on global temperature change.  We’re looking at how you can design in ways that the climate can actually profit from; so you don’t get these urban heat islands where city structures overheat and the heat radiates out and creates a problematic microclimate for the people who live there.” 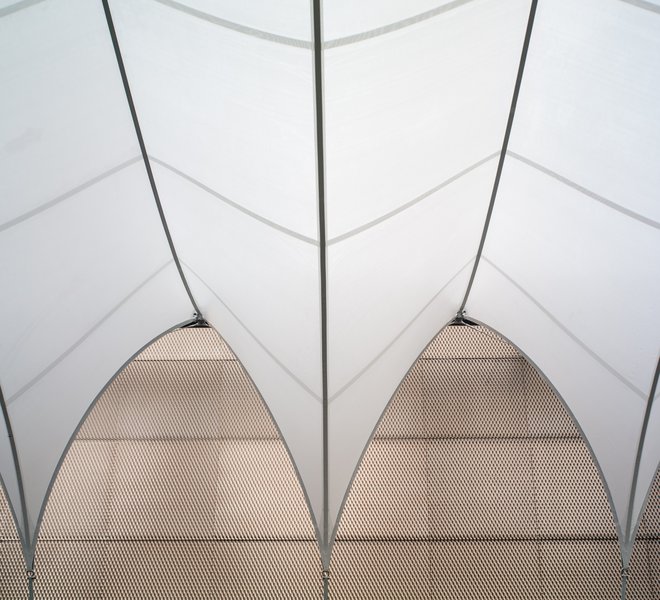 In keeping with his varied passions, Julian does not have  fixed expectations  in defining what’s next for himself and for str.ucture.  “I want to be open.  I want to see what doors open and where we can address our fascinations and our skills. One of the things that we are focusing on right now is the design and construction in existing contexts. Preserving, maintaining and modernizing through local adaptation rather than demolish and re-build. This is lightweight design.”

To connect with Julian, visit str-ucture.com, follow str.ucture on LinkedIn, and check out the collaborative artworks that he creates with his wife, Marie Lienhard.