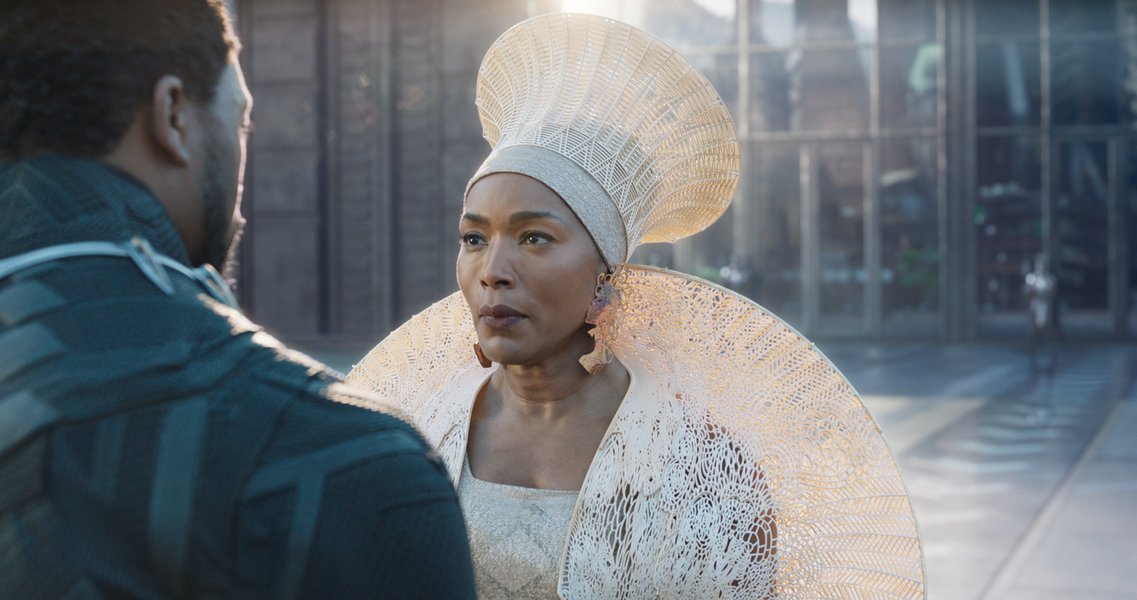 “We have a talent for jumping in the cold water, then realising what we got ourselves into.”

Julia Korner and Kais Al-Rawi have a love story many strive for. The young and talented pair met while studying eight years ago at the Architectural Association in London. Not only do they collaborate as a couple; they collaborate as professionals, too. And with multiple globally-recognised projects under their conjoined creative belt, suffice to say they’re pretty good at it.

“Both of our backgrounds are in architecture,” Julia explains in a German accent from their studio space in Los Angeles.

“We met in London at the Architectural Association, where we studied emerging technologies and design. But then we diverted on different scales - I work on a very intricate scale and Kais works on a huge scale within architecture.” 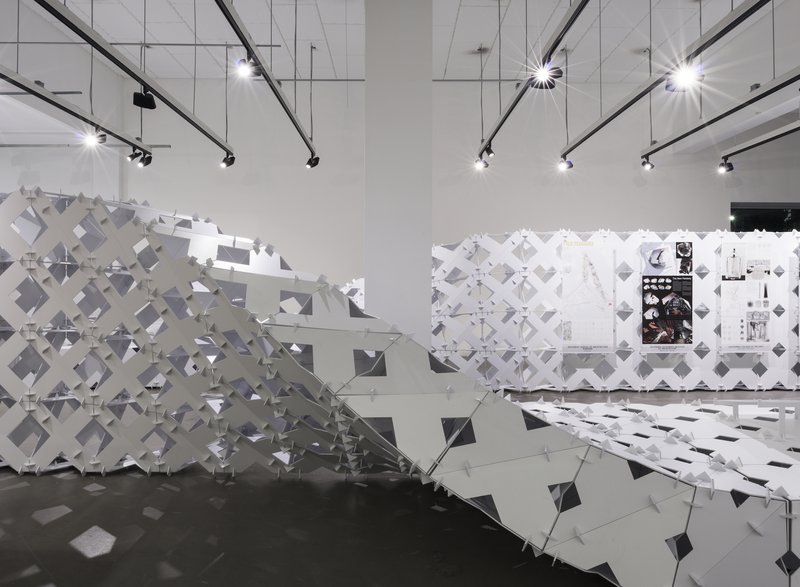 As a Senior Designer at Walter P Moore, the huge scale Kais works on spans stadiums, airports and museums. Whereas Julia, who runs her own international design practice, works at the convergence of architecture, product and fashion design.

“Our personal and professional lives are mixed together,” Kais admits, when asked how they balance the two. “When we’re working together, we always talk about the work. We’re both very passionate about what we do so it’s just part of our life… but we do take breaks from work, sometimes.”

Is there a shared streak of perfectionism uniting them? Not quite, according to Julia who claims there’s a ‘bit of a competition going on here’.

“He always says it’s me, but he is very much a perfectionist too in his own way. Though it’s true, I would never stop. I kind of need Kais to tell me - okay, it’s now it’s done. We’ve finished it.”

One thing that’s certain: neither do anything by halves, and both have the accolades to prove it. 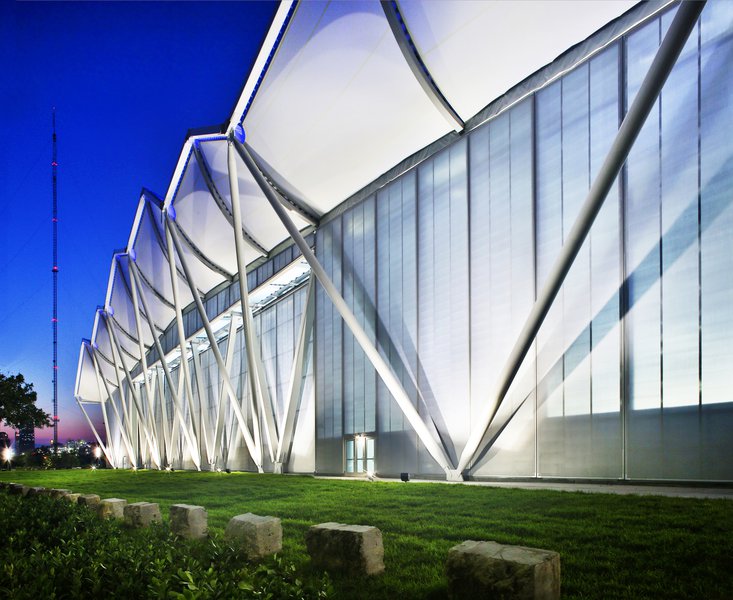 An established subject-matter expert in generative and computational methods, Kais is a licensed architect in California and directs the Architectural Association Visiting School Jordan. Together with Julia and their colleague Marie Boltenstern, Kais is the recipient of the prestigious AIA Design Award. The Cellular Complexity design-research works have been published, featured and exhibited across the US, Europe and Middle East.

Dubbed ‘Architecture’s Queen of 3D Fabrication’ by Archinect in 2019, Julia is the recipient of numerous international awards including the World Omosiroi Award and the Re-Fream ‘RE-Think Fashion’ award. One of Julia's greatest achievements is having collaborated with Costume Designer Ruth Carter for Marvel’s Black Panther costumes. Julia created the 3D printed ensembles and together with Kais specialised on a specific digital workflow developed specifically for their research into additive manufacturing. The film won both the Academy Award and the Critics Choice Award for Best Costume Design and the Costume Designers Guild Award for Excellence in Sci Fi / Fantasy.

Black Panther is one of multiple projects the couple have worked on together, along with an award-winning installation for the Architecture and Design Museum in LA, several Haute Couture projects for fashion houses in Paris and a dissertation on cellular complexity. More recently, the pair are looking into larger scale 3D printing from their own studio, for two public art sculptures in Santa Monica.

“He always says it’s me, but he is very much a perfectionist too in his own way.

Though it’s true, I would never stop. I kind of need Kais to tell me - okay, it’s now it’s done. We’ve finished it.”

While their upbringings were vastly different geographically (Julia grew up in Salzburg - Austria, Kais in Amman - Jordan), both had early influences in the industry. Kais’s family works in real-estate development. From a young age he ‘saw building projects come together, and was always interested in architectural design as a kid’.

Julia’s parents are educators in fine arts, technology and biology. Her grandmother is a seamstress. For her, the ‘human body is a site for all research. The way our joinery works, how we move, and the space surrounding our body is the place of interest.’

The pair’s perfect balance of intricate architecture, large-scale engineering and computational design has proven an award-winning combination. But of course, it hasn’t all come easily.

“It goes without saying that if you’re successful in what you’re doing you face a lot of challenges on a daily basis,” Julia says. “Our work is always so cutting edge - when you’re on the forefront, there’s not much precedent to look to in the industry. We have a talent for jumping in the cold water, then realising what we got ourselves into.”

But it’s nothing that can’t be overcome with a bit of a determination, according to Kais.

“Things never work out perfectly the first time. You have to take those challenges and not let them set you back. Finish projects and celebrate them afterwards.”

Though their work ethic is undeniable, both Julia and Kais make sure they spend time in nature - where they feel most alive, and most inspired to use their talents for the good.

As Julia puts it: “This world has so much to tackle right now, we don’t want to waste a minute by not thinking of how to improve things. Architecture can really inspire and have an influence on how people perceive this world; and I think it’s up to us to decide what we want to do with it.” 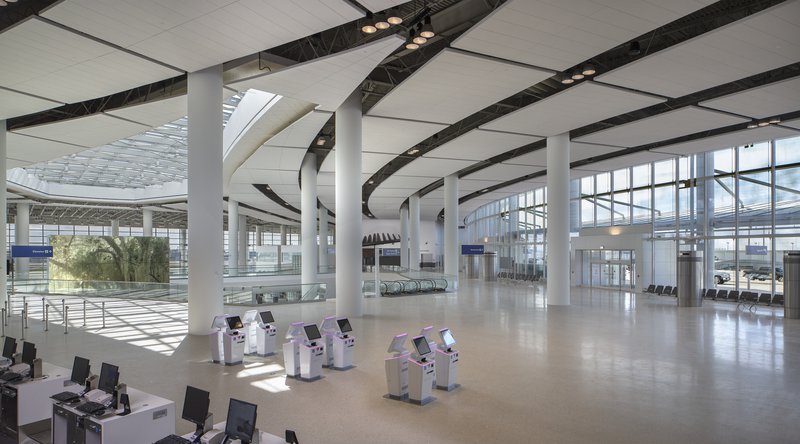