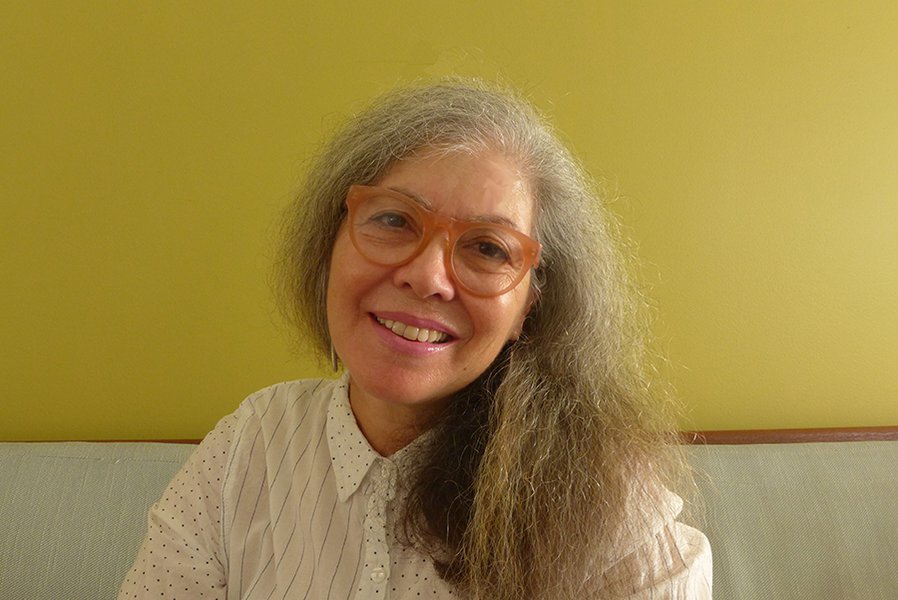 “We don’t make projects that could go just anywhere.”

“Our work is in public art that connects with people and resonates with environments,” says Jeanine Centuori, co-founder of UrbanRock Design.

Jeanine and her partner, Russell Rock, founded UrbanRock in Los Angeles in 2000, when public art was still very much an emerging field. With their combined backgrounds in architecture and fine art, the duo works across disciplines to create spaces which connect with local communities. “UrbanRock is a blend of experience which allows us to do this work that merges with buildings and places. Sometimes a site-specific idea is right in front of you; sometimes it takes a bit more digging, talking and ruminating. Russell generates ideas and I do, too, but we do it differently. He might sketch, where I’ll make a model. That back and forth is the most important part of the practice, along with working with a whole range of professionals from other fields like engineering and urban design to figure out how to implement our vision.

“Public art is not that old of a field. It only really started gaining traction in the ‘70s and ‘80s. When Russell and I went into practice together, we looked at it and thought it was interesting. We had to be pretty scrappy in the beginning when we were green and trying to break in, but we scrounged together some projects and started to build a portfolio.”

Over time, UrbanRock has built both credibility and viability in the public art space, but funding and project selection remain quite competitive, Jeanine says. “A lot of times these kinds of projects get generated because they’re funded as part of a new-build or a renovation, but with only a small budget set aside for public art. You have to be very creative. We did a project a few years ago called Inside Outside with Nebraska History Museum where we were presented with a multi-story building with a blank, brick facade and no windows. We knew straight-away that we wanted to take inspiration from the collection and translate it into something interesting for the exterior. The result was metal scrims and coloured panels which depict recognisable imagery from the collection and mimic windows. The cost was relatively small, but the impact really transformed the outside of the space.”

UrbanRock is committed to making every project individual and unique, but Jeanine highlights that there are some design themes that arise across their wide-ranging portfolio of public art, high-end residences and urban planning. “One of the things that often comes up for us is layering. So we might take, for example, a map of a community and then layer something on top of it that has resonance: taking one kind of structure and then another and putting them together. We also try to make work that is evocative without being super literal. We look for associative meetings and hinge points. We like to ask the view what it means.” 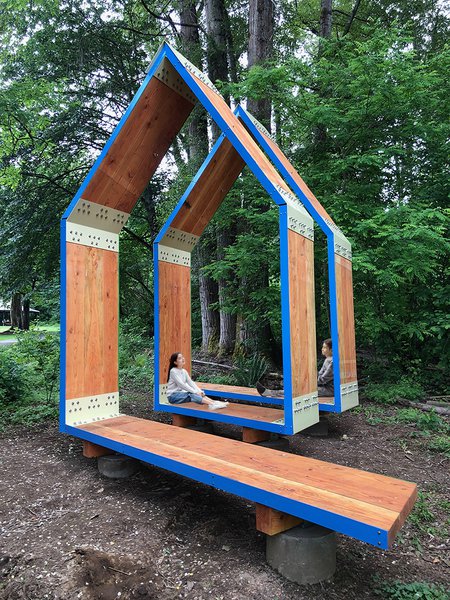 Finding value and inspiration in what you already have is an idea that Jeanine’s family instilled in her at a young age, she says. “I grew up in New Jersey in an Italian American family, where there is a really rich history of loyalty and family. There is an incredible sense of community and culture which I think have informed my life since. My father was a tool and die maker who made gears and metal parts. We never threw anything out. He would just take things apart, repair them and give them back to you. As a child, I thought it was cheap. Now, in a world where we’re much more conscious of repurposing things, I think it was interesting and resourceful.

“I loved to draw, but I was also kind of an all-around kid who liked school, so it was that classic story of art meets science with architecture. I went to university at Cooper Union in New York to study architecture and really enjoyed it because their approach was quite broad-minded and experimental. But when I went to work as an architect, I realised that the office world didn’t really suit me, so I went to graduate school at Cranbrook Academy of Art which is where I met Russell, who was studying at nearby Wayne State in Detroit.”

The partners and co-founders have since built a reputation in LA and a love of making things together. “We make a lot of physical models, which is precision work kind of like being a jewellery maker. Even in the world of AI, VR and AR, we find joy in the physicality of things and in working with amazing fabricators and craftsmen. You could say I’m most passionate about seeing things get built in the world. I think of them as these little joyous seeds that will live on after me and that can inspire people I’ll never even meet. I find that very fulfilling.” 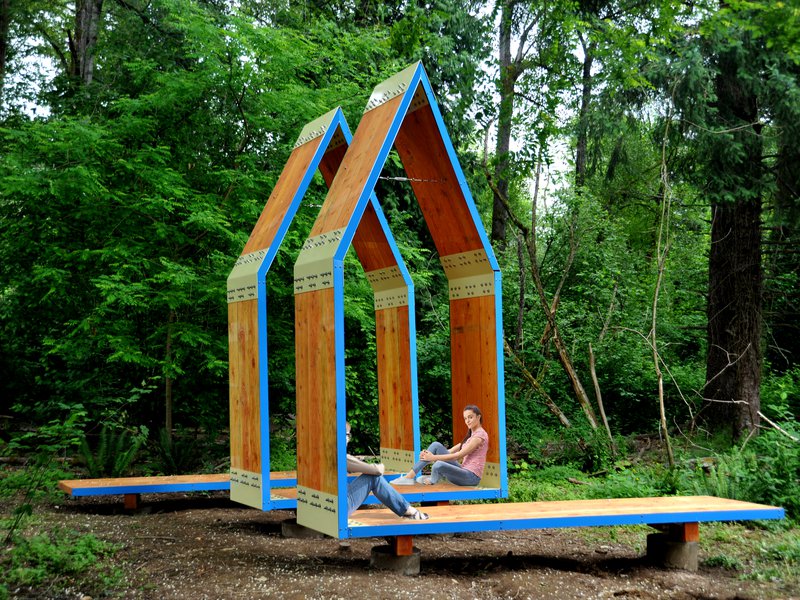 UrbanRock has recently completed a few projects that were delayed by COVID, and Jeanine and Russell are now enjoying a bit of time to reset. “We’ve just finished two park projects in Kirkland, Washington as well as an installation called Vortex on the Columbus State Community College Campus in Ohio. We’re happy to have a moment now to pause and celebrate. We’re currently working on an episodic work in Raleigh, North Carolina with 7 sculptures that are ‘marching’ down the street as part of a road improvement project. I like the idea that we can make multiples in one place. The next step will be more of the same – finding and competing for new opportunities – but we’re looking at slightly bigger commissions so we can seek out additional collaborations and create bigger impact.

“Sometimes people ask me if I’m an architect or an artist, but I don’t think we have to be so divided about it. I’m both. What we do is service-oriented, like architecture, but our work is often painterly, coloured and image-based. We do that by intention and it manifests in lots of different ways, always with simplicity and elegance.”

To learn more about Jeanine and Russell's work at UrbanRock, visit https://urbanrockdesign.com/, visit any of their public art sites and follow the team on Instagram. 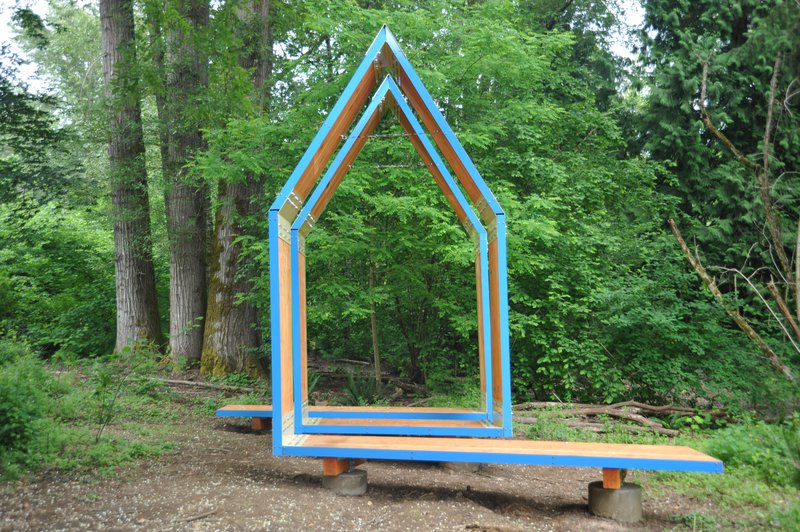