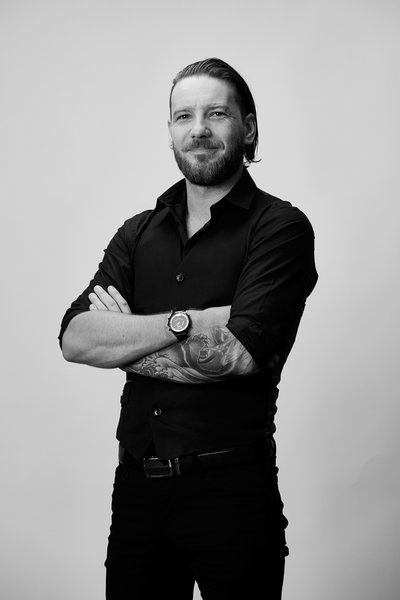 “I like being the person people can rely on.”

“I love the idea that you can create this culture of people who are excited to learn and innovate,” says Jake Nash, Associate, Senior Technologist and Group Digital Support Lead for Warren & Mahoney, Wellington. “It makes my job way more exciting when everyone’s on board.”

Technological expertise, coupled with a passion for learning and teaching, has shaped both Jake’s career trajectory and the practice, itself. “I first began at Warren & Mahoney as a technician and draftsman and, over time, have worked my way into training and support. At first, that was work I would do alongside my regular responsibilities, but I slowly made a case for why it was so important. The Wellington studio became something of a training pilot; I made time for everyone to talk to me about their role, their roadblocks, their technological interests and how we could make things run more efficiently. In that process, I learned a lot about how we could make working in the practice more interesting and fulfilling. Over time, we started finding that people were more satisfied in their work and our staff turnover went right down. I’ve since had the go-ahead to repeat that work in our Christchurch and Auckland studios and, soon, I’ll be doing the same at our Australian studios as well.” 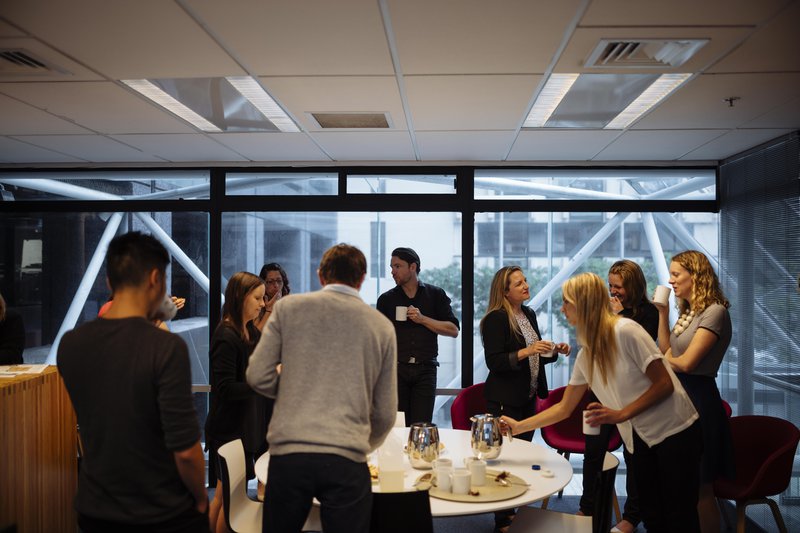 Jake now supports Warren & Mahoney with any arising challenges around training, helping the team to think creatively, and using technology to find better ways to design and implement. In particular, he was one of the early adopters of Revit architectural modelling software as standard practice within the design team. “I learned on another platform in university, so was reluctant to switch at first, but I realised that you have to evolve with what’s current or risk being left behind. In the end, I became one of its early adopters. Now, Revit is probably 80% of what our teams use and it’s especially helpful for unusual or challenging geometries. It helps our teams plan how to tackle tricky build elements early on so they don’t take an approach that they then need to go back and fix later.”

Jake’s journey was shaped, in part, by what he describes as an uneventful, small-town childhood in Wairoa. “My parents owned a garden centre and my Mum was a school teacher. It was the kind of town where very few people leave; of my year in school maybe 6 people went to university, but I wanted to get out of town and find a new place and purpose. I applied for fine arts and design but switched at the last minute to architecture and, when I arrived in Wellington, I realised there was a lot there that I didn’t even know was waiting for me.” 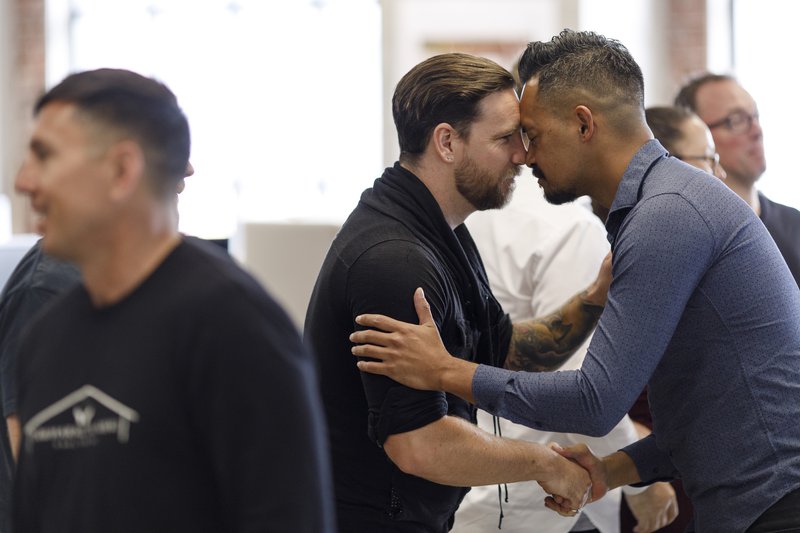 In another version of his career, Jake suspects he was destined to be a school teacher, inspired by both his mother and a mentor named Mr Achary. “He was my technology teacher and the father of one of my best friends growing up. He’d open the workshop on weekends and stay late at night to help us think through problems and ideas. He built a really awesome culture around learning and gained a lot of respect for that. I liked the idea that respect had to be earned, and the opportunity to be there for people at their most challenging points. Before I found architecture, I really wanted to be a maths teacher. I guess you could say that, after a long journey, I eventually came back to teaching, just in the industry instead of a classroom.”

Jake now has a counterpart at all of Warren & Mahoney’s 7 studios across Australia and New Zealand, each with a different speciality ranging from automation and Dynamo, to analytics, to sustainability. “We’re also always on the lookout for a couple of young and keen people for each studio who can bring new ideas or different backgrounds to feed into the team. We know how important it is to future-proof these roles and ensure that there’s always new talent to step in, and there’s some really incredible work being done now by emerging professionals. University students have the time to just play with software, so they’re building walk-throughs with tools like [3D game creation platform] Unreal Engine, which can provide a whole extra layer of immersion when you’re wandering through a visualisation. The doors open and the trees move and, outside the windows, you can hear traffic and birds singing. These new graduates and technologies really light a fire under us and keep us on our toes.” 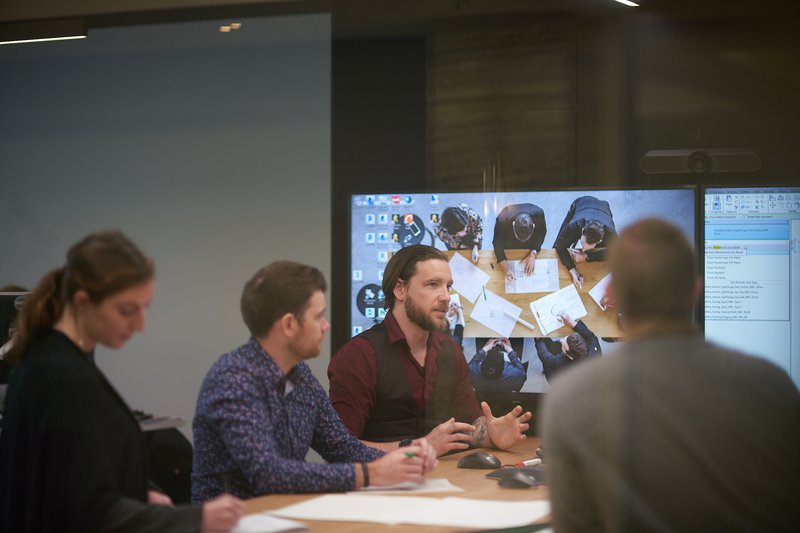 The best part of the work, Jake says, is watching the people around him learn and grow. “I love seeing the potential in someone and figuring out how to unlock it; then seeing them again a couple of years later and they’re absolutely thriving. That leaves me feeling really chuffed; that our actions have made that possible.”

Jake will be sharing some of his insights about high-performing teams with the Teulo audience at Teulo Talks Studio later this month where, he says, attendees can learn more about how to get the best out of their staff. “It’s really about how to spread knowledge through higher engagement with your teams, using analytics to understand people’s skill sets, interpreting that on a page, and then using that information to maximise their potential. The goal is that, when they move on to the next project, they’re taking that knowledge with them and becoming a source of that learning for other members of the team. It’s like a tree of knowledge where each branch is a new person who carries that set of skills with them to the next group.”

With travel finally more accessible again in 2022, Jake is excited to visit the Australian studios in Melbourne and Sydney and get to work over there. He’s also really looking forward to bringing his whole team together in Auckland for their first meeting of the minds since the pandemic began. “I’m in the middle of rolling out a new e-learning platform; creating videos, courses and learning pathways. We’ve got a few people running through those now, some of whom have never used Revit before, so it’ll be exciting to start getting that data back and seeing if they’ve learned in the way I hoped they would.” 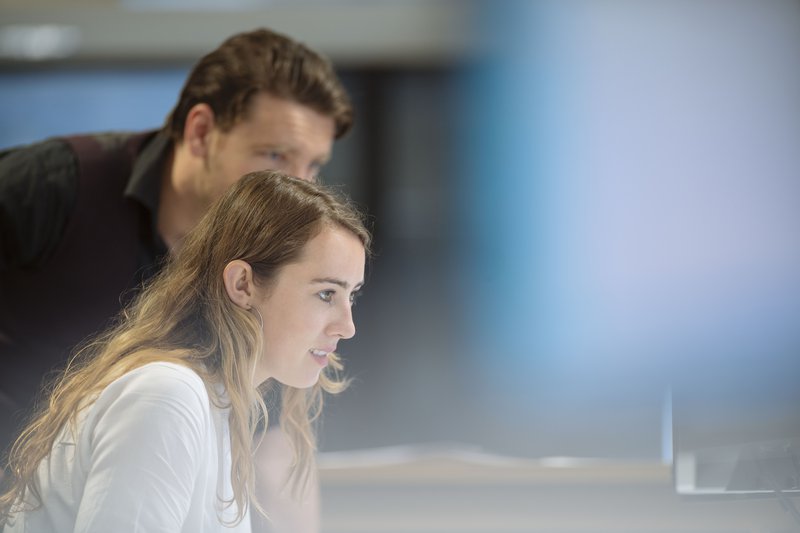 Ultimately, the road ahead for Jake is a continuation of investing in people, he says. “It’s all about forming stepping stones to get staff moving in the direction that they want to go, supporting them as individuals and learning how to get the most out of them. When I started 12 or 13 years ago, I didn’t know that a role like mine could exist, so I never could’ve expected that this is where I’d end up. I think that the work I’ll be doing in another 20 or 30 years doesn’t exist yet, and I’m really excited to find out what that is and help define it.”

To learn more and connect with Jake, visit https://warrenandmahoney.com/, follow him on LinkedIn or watch his presentation from Techweek NZ 2021 - Technology in Architecture and secure your spot to hear him speak live in Wellington at Teulo Talks Studio on the 27th of May.