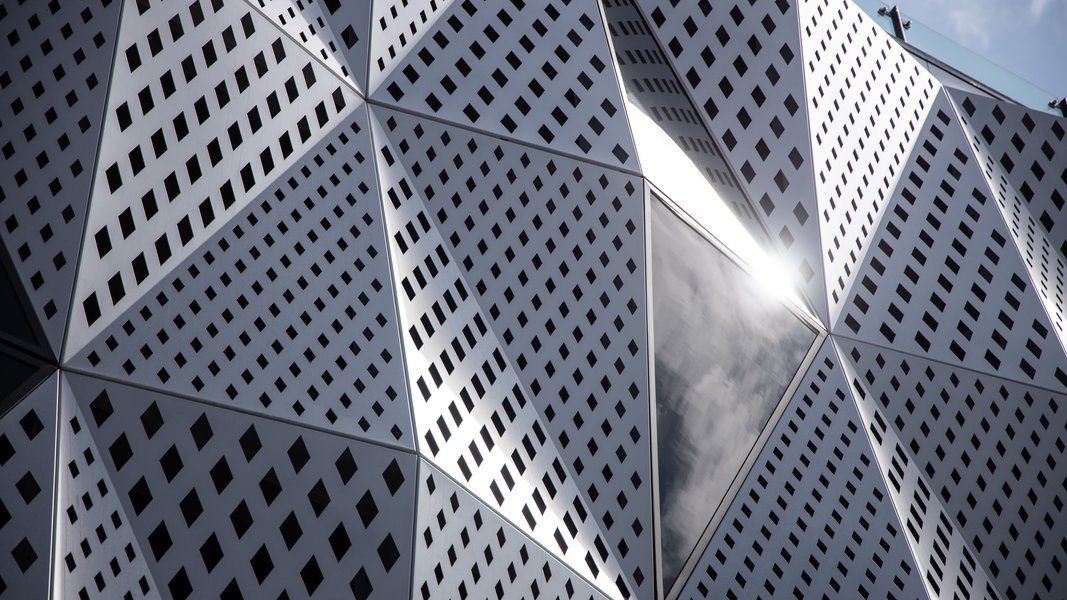 “To a lot of people, even in the building industry, the word facade just means glass"

“To a lot of people, even in the building industry, the word facade just means glass, windows and cladding,” says Insol CEO Greg Simmons.  “But we don’t do windows, we don’t do cladding, we don’t do weatherproofing.

What we do is facade screening for privacy, sun-shading and architectural feature.”

Insol’s offering involves a range of bespoke projects and products including complex louvre systems and commercial facade solutions, many of which are being designed in response to our increasingly high-density living environments.  A great example of the work they do is in designing modern car parks such as Toka Puia in Takapuna and the Les Mills Carpark on Auckland’s Wellesley Street.  “From an urban planning point of view, you can’t build an ugly old car park in the middle of the CBD; you have to put a pretty facade on it.  It also must be open enough to allow for ventilation for vehicle fumes; so what you end up with is something quite customised and porous.  That’s where we come in.”

Another common application, he says, is in apartment complexes and office buildings where there is a growing need for both privacy and sun-shading for city residents and workers.  “We’re seeing a lot of high-value apartment blocks going up with challenges around issues like privacy on balconies, so we’ll come in there with some screening solutions to help create a visual barrier.  We also work with commercial developers to implement sun-shading solutions in office buildings and apartments to cut back the solar gain and reduce the amount of air conditioning and power consumption over the life of the building.” 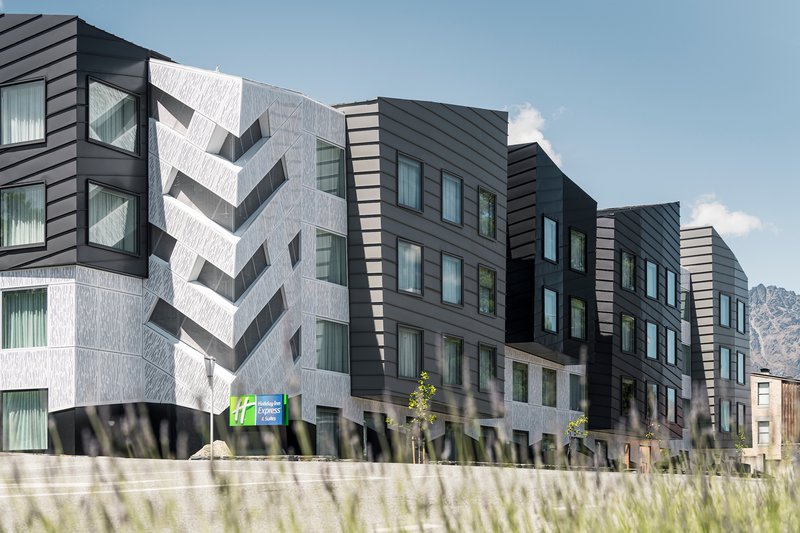 Insol occupies a unique space in the industry which, understandably, can be tricky to define.  “Architects have a vision and they know what look they want to achieve but they need to partner with someone to bring it to a reality in a way that is compliant with the relevant construction regulations.  Then you have the builders who just want an efficient and practical way to get the job done within the constraints of budget and program.  You also have many manufacturers who have huge production capability but won’t take on work in the construction sector because they don’t necessarily understand the nuances of working with architectural intent, the constraints of construction regulations or the brutal realities of construction methodology and program.”

The place where Insol sits and where they add value is in the intersection of those three worlds.  “We take the architect’s vision and then design and engineer it in a way that is compliant and has sensible construction methodology, while ensuring that the manufacturer understands what’s required to make it.  Although we do a lot of our own manufacturing, we also ensure that we maintain strong relationships with a wide range of manufacturing companies.  This means we can easily and quickly match demand with resources.”

One of the most tangible ways Insol is doing this is with their innovative wind tunnel facility, which gives them the ability to test bespoke facades in full-scale, real-world conditions.  The challenge, Greg says, is that traditional construction engineering methods are not always appropriately applied to the type of custom facades Insol builds.  “Often there is no suitable guidance at all for dynamic wind actions and it is difficult to engineer a solution without being mocked-up in a real-world environment. There are other risks, too, particularly with regards to wind noise and dynamic façade features such as sliding or bi-folding screens. 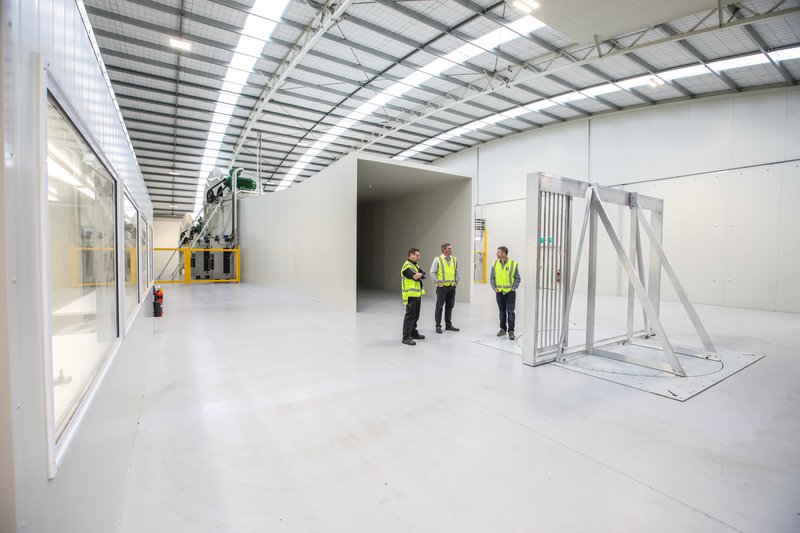 “While it might not be public knowledge, you’ll occasionally see these engineering disasters around the globe – things like the city-wide hum of the new handrails on the refurbished Golden Gate Bridge in San Francisco... Imagine you’re a hotel operator, for instance, and your new facade makes noise on windy nights (like the Beetham Tower of Manchester).  You’re going to lose business and you’re rightly going to want someone to blame.” 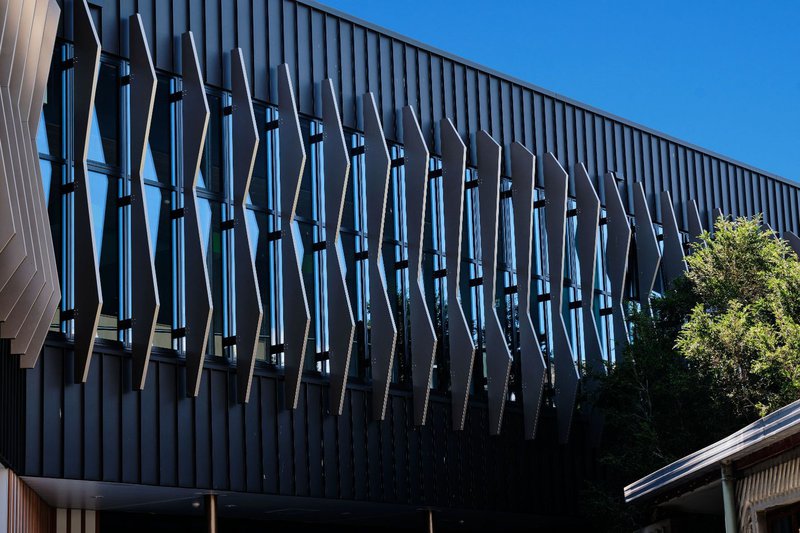 This is what inspired Insol to create a wind tunnel facility which allows for 1:1 scale models of facades to be tested at wind velocities up to 200km/h.  “The standard tests such as AS/NZS 4284 used for traditional build features like windows just won’t work on a custom facade that’s full of holes.  When you’re looking at geometrically complex, porous facades, sometimes digital methods such as CFD can be used but often there’s really nothing to be done other than to make the product real-world size and use real-world wind speeds to see how it’s going to behave.  There just isn’t any other way.”

In collaboration with Teulo, Insol is planning some course content around facade testing and Insol’s wind tunnel to be delivered as part of the upcoming architectural entrepreneurial course curriculum for Auckland University of Technology.  “We actually approached AUT a couple of years back to see if we could work with them, but the time wasn’t right.  When we saw that Teulo was helping to develop a new programme there for emerging architects and designers, we jumped at the chance to get involved.  It’s such a great opportunity for us to reach young professionals at the beginning of their careers.” 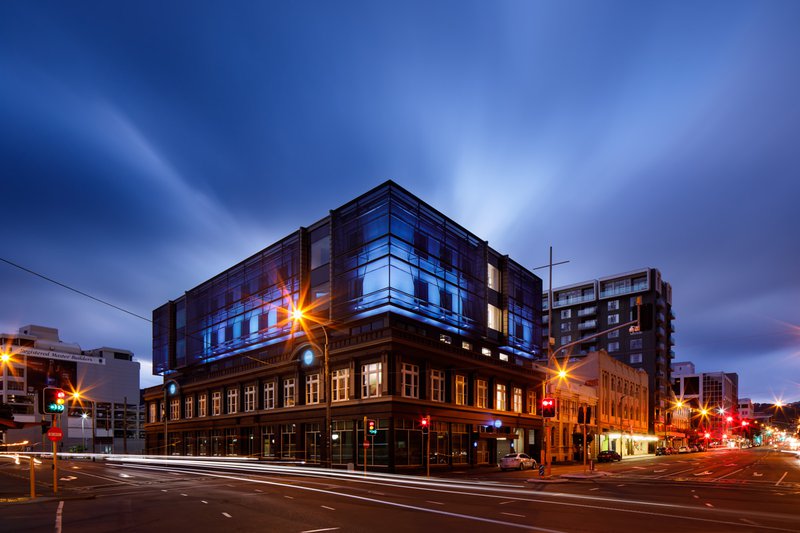 The biggest project on Insol’s books at the moment is an upgrade for the Aotea Centre on Queen Street in Auckland which, as of this week, is starting to get two new back-lit louvre ‘ribbons’  to help establish the building as an architectural feature of the city centre.  “We’ve been working with Auckland Council on this for a really long time and have developed a novel methodology which involves fabricating complete louvre and substructure modules offsite in a transport position and rolling the louvres over into their final position once the modules are in place.  Tomorrow is the first of several crane days where we’ll be craning up the roof-level louvres and bolting them off.”  The result, Greg says, will be to showcase the building as an example of prime civic infrastructure in the middle of the Auckland CBD.

To allow the business to continue to focus on ambitious projects like Aotea Centre, Insol has streamlined their product and service offering a lot over the last few years.  “We have effectively split into three separate businesses.  All housing work is undertaken by Aurae and all ventilation related work is undertaken by Ventuer, leaving Insol to focus purely on the commercial clientele.  We still have a stake in both of those businesses, so it’s almost like a group of companies.  But, with Insol,  we wanted to narrow our focus to one type of client and really do it justice; give it the investment, in time, money and  capability that it needs.”

To learn more about Insol, visit https://www.insol.co.nz/ and follow them on LinkedIn.