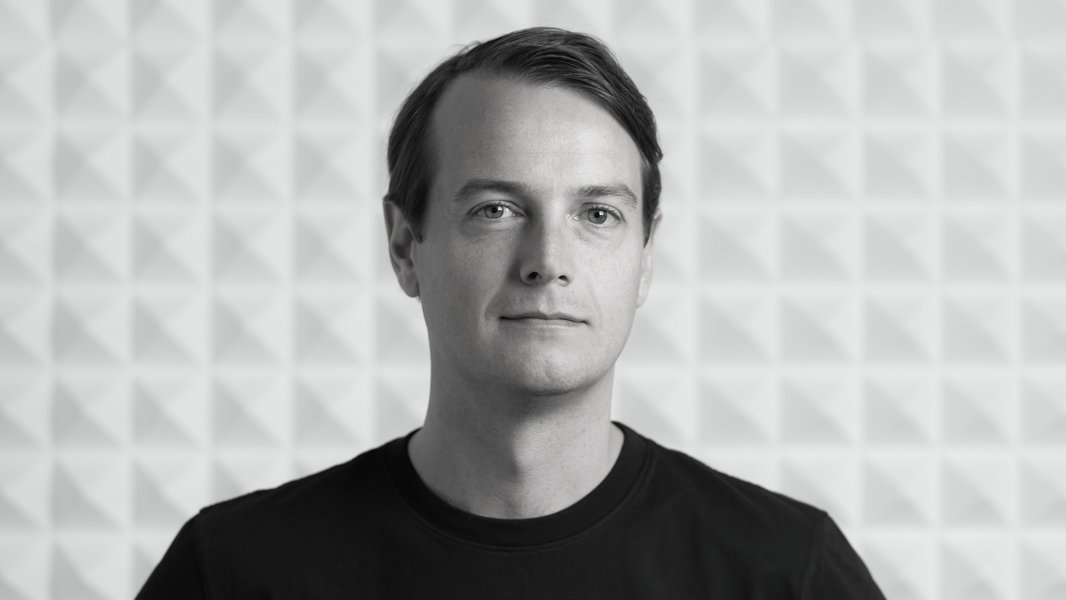 “There’s a lot of obsessive thought that goes into trying to capture the essence of a place.”

“We are very fortunate to be able to do work that we find meaningful and of consequence to society at large, rather than being driven by a single project type, geography, or sector,” says Ian Dickenson, Principal at Lorcan O’Herlihy Architects (LOHA). “We have the unique opportunity to really ask ourselves: what are the broader issues that we think society is being defined by and how can we contribute positively to the advancement of those conversations.”

Ian describes the LOHA team as being “productively restless with curious minds and a range of fascinations, which are both a reflection and extension of contemporary culture. A lot of the work we’re doing now in Los Angeles focuses on issues surrounding residential instability and homelessness. We’re all impacted by those issues in some way and we feel that it’s our responsibility, as architects and designers, to contribute to solutions.”

The firm’s LA headquarters was joined a few years ago by a new office in Detroit where, Ian says, they have found opportunities to explore a different architectural landscape. “The Midwest was a relatively new context for us and has provided a platform to better understand some of the challenges facing post-industrialised cities, such as depopulation, disinvestment, the inheritance of racially motivated planning policies and redlining, the catalysts behind the Civil Rights movement, and other historical, social issues faced by the so-called ‘rust-belt’. It’s allowed us the opportunity to form approaches that not only offer new buildings and spaces, but to also contribute to the evolution of some of these bigger societal issues.” 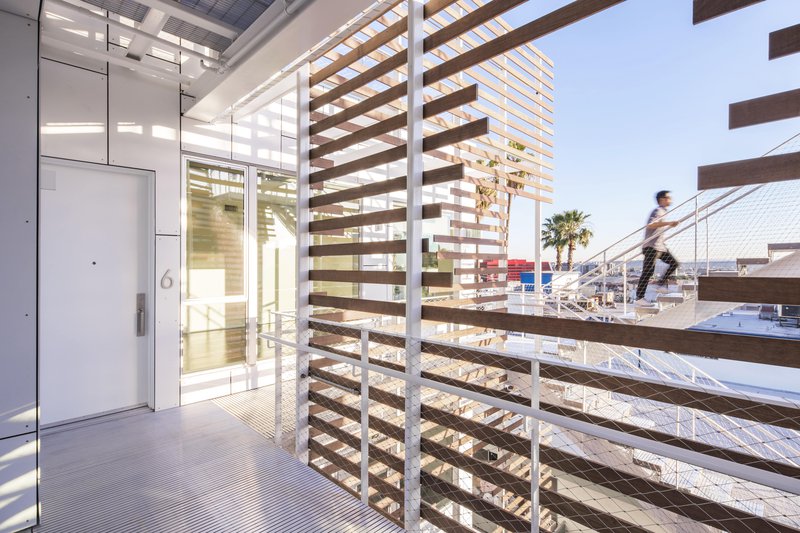 LOHA’s focus on social impact magnifies the importance of working with well-aligned clients and collaborators by building meaningful relationships, Ian says. “People are at the centre of everything we do. If you can position yourself as a true extension of the values held by project stakeholders, clients, and communities and build a relationship based upon a strong sense of trust, the rest comes naturally. You become an intrinsic part of what is essential to the project and what the client organisation fundamentally is; an inter-related group of people charging along together.”

Each project, Ian says, is an example of not only the way that LOHA designs and creates, but also the way they think and the process they employ to reach the ultimate manifestations of their ideas. “We’ve got a series of exciting projects taking off now in Detroit with a fantastic arts organisation called Library Street Collective. After many years based in Downtown, they have now shifted their focus to Detroit’s neighbourhoods. They purchased a church a few years ago and created a campus around it, which they call The Shepherd. Our contribution to that campus is called The Convent – as the building used to be one – where we’re building on the existing foundations to create a studio, gallery and exhibition space, but also a place where the community can interact with every aspect of the art-making process, as opposed to just the end result. It demystifies and opens up the creative process much more than the normal dialogue created while interpreting art in a more completed form. 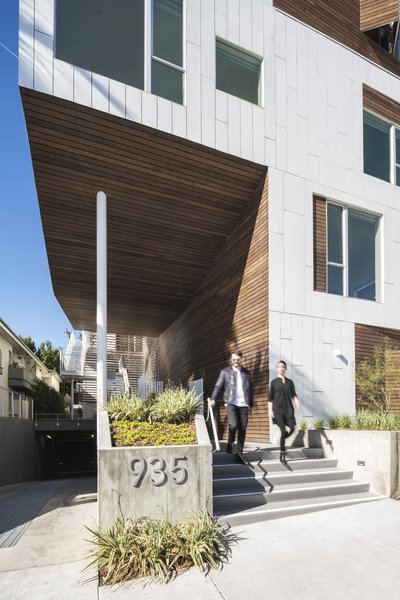 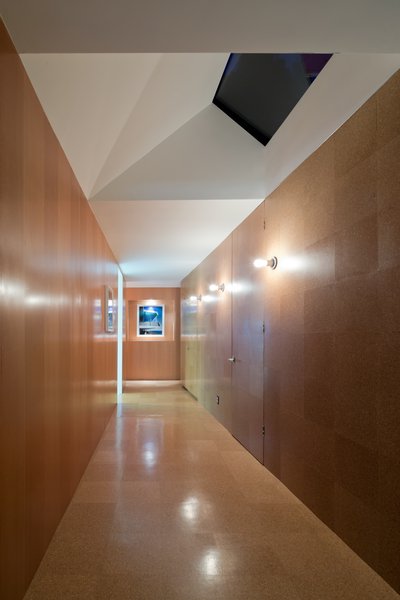 “On the other end of the portfolio, we’re wrapping construction of a second building for Nike, who are one of the most creative companies we work with. The space is a photography, video and recording studio where, among other things, Nike can capture editorial and product photography. It’s an ongoing collaboration that we’ve been really excited about, and a very energy-filled and exciting environment in which to work.” 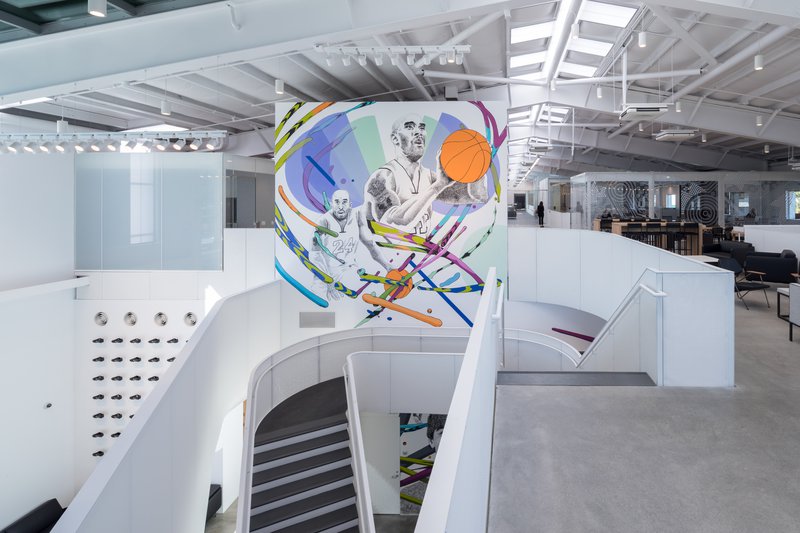 Alongside his professional practice, Ian is a busy academic and researcher with roles most recently including Professor of Practice at Arizona State University. Academia, he says, offers opportunities to investigate ideas which might not be attainable only within professional practice. “Research and academia allows us to be more speculative, expeditious and focused. I find that work to be very much an extension of the practice; it adds a layer of identity, character and culture to everything we do.”

Ian’s diverse interests and broad world view date back to a non-traditional upbringing spent travelling and living abroad. “I was born in a dusty little cowboy town in Eastern Oregon called La Grande which was primarily known for its rodeo, a small college, and seasonal work in forest fire-fighting. “My parents divorced when I was quite young and, not long after, my Mom met a Kiwi who was traveling the world and had stopped in La Grande to take on some work for the summer to help fund the remaining stages of his travels. He had been through Polynesia, Australia, Asia, the Middle East, Europe and Canada, and was making his way through North America before heading onto his final stops in Mexico and South and Central America. They fell in love and my Mom, being the free-thinking, liberal spirit that she is, decided to take my brother and I with them. Since then, travel has always been a really big part of my life; to understand the diversity of what people believe and how people choose to exist on this planet. It’s helped me to gain a formative understanding of people and place and how we occupy spaces and relate to each other in them.” 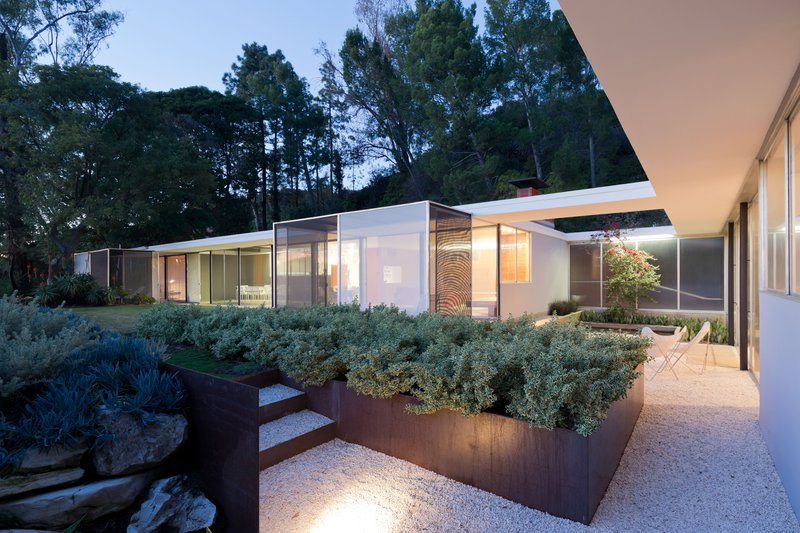 On that trip, Ian says he spent as many nights sleeping outdoors in a hammock as he did indoors, which deeply ingrained in him non-traditional ideas about how humans inhabit space. When that adventure concluded, a new one began, with the family relocating to Dunedin. “It was a new and formative experience for me and my siblings, spending those critical childhood years in an entirely different culture and place. It was also at a time before we had the ability to travel or communicate as easily so, at times, it also felt removed from normalcy and the rest of my family.”

Ian returned to the States for high school, but took back with him some of the Kiwi do-it-yourself mentality, he says. “I am fortunate to come from a very creative family of makers and doers who were always fixing the car or building the furniture ourselves. Every house I lived in growing up was either built by a family member or in some state of construction. Even before I knew what architecture was, I was always drawn towards aspects of the things I do now on a daily basis: being driven by an innate curiosity about the world, creating and building things, pulling things apart and putting them back together, and the interrelationship between people and the cultural and social aspects of what’s around them. I tie all of this to my childhood.”

It is an inherent curiosity that keeps Ian most engaged with the work, he says. “The thing that is most rewarding to me is going somewhere new or meeting someone new or seeing a new thing and knowing, intuitively, that there’s something important to explore there. I guess you could say it’s a process led by empathy – using the 5 senses that I’m given to understand space and then to create it.”

Social housing remains a big part of LOHA’s portfolio, with a major project called ISLA now nearing completion. “The City of Los Angeles developed a programme for affordable housing developers to provide residential spaces under a long-term land lease deal. Through a competition, we were selected to participate and – because land is so hard to come by in LA – we were given a what was essentially a traffic island to develop with prefabricated housing modules for previously homeless individuals and families. We also worked with the City to close a glorified right-turn-only lane, which created the need for that island, and have converted the space into a shared street with pedestrianised and bicycle lanes. The project has been all about trying to carve out and gain back, parcel-by-parcel, place-by-place, spaces that are better served by accommodating this range of social issues. 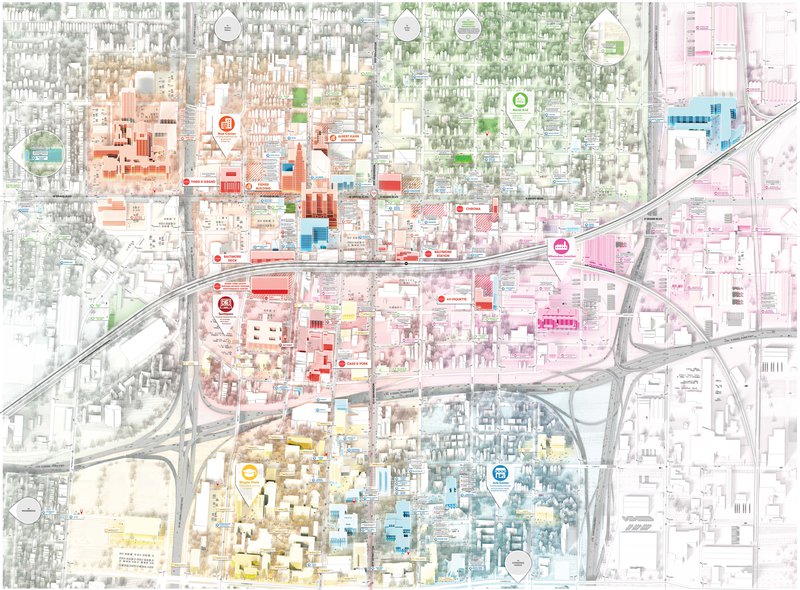 “After the last couple of pandemic years, I’m so excited about the opportunity to get back out more directly into the world to meet and interact with people. That’s the most fulfilling part of the job for me. LOHA will continue to be driven by the same set of ethics that have always been a part of our work, but each is in an evolutionary state, always moving forward towards new things and new conversations; better work in new, exciting places with fascinating people.”

To connect with Ian and learn more about his work, visit https://www.loharchitects.com/, follow LOHA on Instagram, Facebook and LinkedIn, and attend his upcoming Teulo Talk which focuses on examining who is granted right to the cities we live in and features the relationship between public and private spaces in LOHA’s LA portfolio. 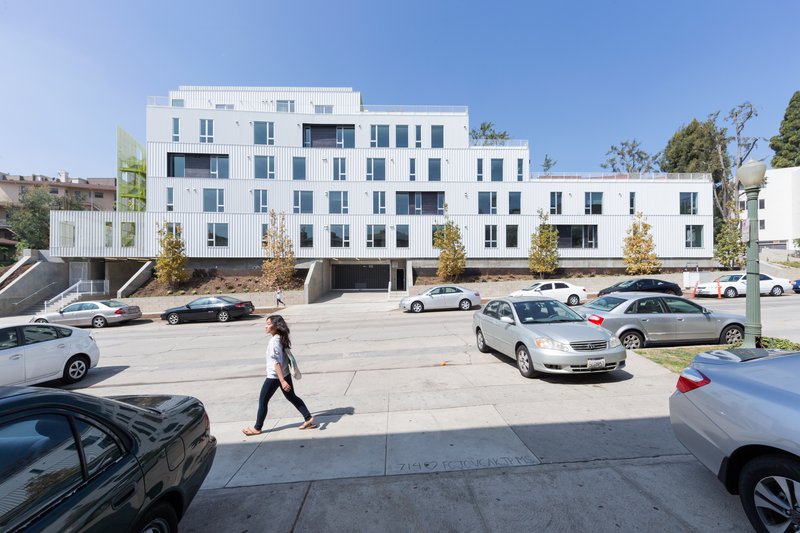