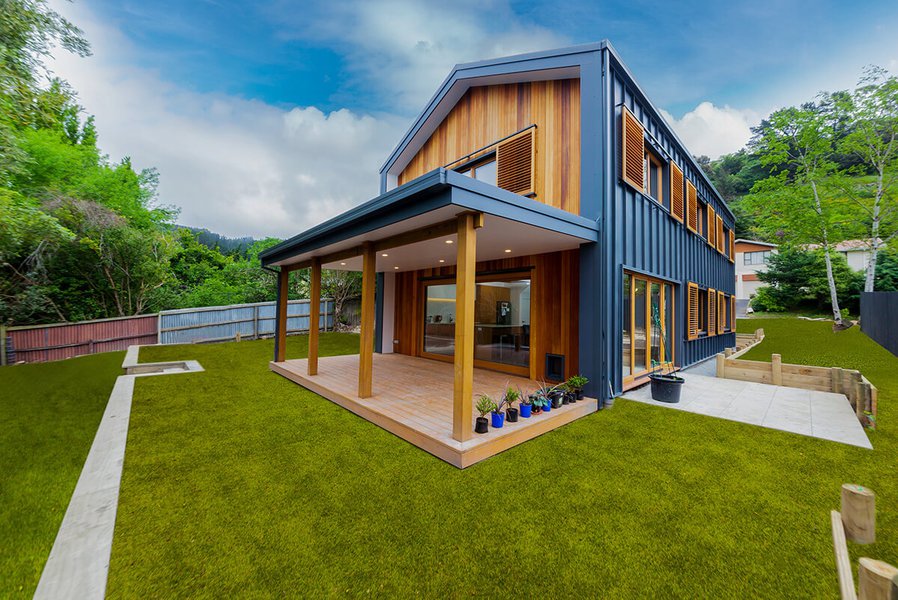 “EVERYONE DESERVES TO
LIVE, WORK, LEARN AND PLAY
IN A BUILDING THAT
IS HEALTHY”

30 years later, Glenn’s firm Theca Architecture - which is dedicated to creating healthy homes for occupants through architectural excellence and simplified solutions - is thriving.

But the father-of-three didn’t just follow the garden path to get there. Glenn carved out his own.

“Architecture was always something I was curious about, but I wouldn’t call it a lightbulb moment,” he reflects.

Glenn’s first foray into the world of architecture was for work experience after studying architectural draughting at Polytech, but his work ethic and appetite for creativity weren’t met by the firm he interned at. So, he pivoted in a different direction and spent years working with his first love - the great outdoors - as a white-water kayaking and rock climbing instructor.

In 2006, Glenn’s curiosity for architecture and innate need to design pulled him back indoors (during business hours) and he started his own firm - now known as Theca Architecture.

“I’d studied draughting when I left high school, so I understood the technical side of things. I’ve never done any formal study in design, to some extent I think it’s something you can either do or not do. You have to be able to think in three or four dimensions at the same time, and translate what you’re visualising in your head to pencil and paper.”

Glenn returned to the industry with a slightly different perspective than his first time around.

“The time off gave me the philosophical basis for what I do now and really cultivated my care for the planet. I had spent a lot of time thinking about the way the world worked, how it was versus how it could or should be. Sustainability has always been a huge part of what we’re about.”

Future-friendly, functional architecture is certainly inherent in Theca’s design style and approach, which Glenn summarises in a word as ‘modern’.

“We use simple forms, simple materials and tend to lean toward natural material pallets. We opt for simpler solutions over high-tech gadgets.”

And their solutions certainly seem to do the trick. Among Glenn’s notable pieces of work is New Zealand’s first Certified Passive House Plus, showcasing world best practice in sustainable architecture. Theca’s pioneering work can be seen right across the country, with work currently under construction across New Zealand.

For the architectural designer who has been described as passionate, smart and caring, each project is an opportunity to progress his mission - to spark conversation and action around sustainable building practices.

“If you look at the fundamental underpinning purpose of architecture, it’s to provide shelter. I think in a lot of ways the industry fails to do that - we don’t provide buildings that promote health. The biggest challenge I’ve come up against has been the apathy amongst people and the industry about how we can make building better.”

Driven by a desire to leave a positive impact on our built environment and strong belief in not compromising on your passions, Glenn is not afraid to ruffle a few feathers if that’s what change demands.

“Everyone deserves to live, work and play in an environment that promotes good health. The planet is facing huge problems in the future at the rate we’re going, and architecture has a significant role to play in making changes. We have to step up now. ”