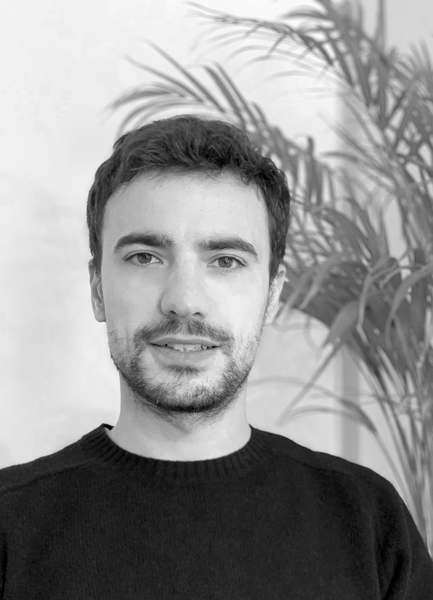 “Diversity of thinking creates a richness that is the juice of creativity.”

“Creatives need to solve problems. A client comes to you with a brief which, in the end, is a  problem to solve. And it’s only with different perspectives and backgrounds that you can solve  complex problems,” says Architect, experiential designer and Co-Founder of UOOU Studio,  Gianluca Santosuosso.

With their London- and Amsterdam-based practice, Gianluca and his Co-Founder Eri are working  at the intersection of ecology and technology to create environments that inspire connections. “We  work on projects from traditional residential and commercial architecture to more experiential  designs like temporary architecture or brand architecture that serves a specific commercial purpose.  Inspiring connection through our work is very important and can mean different things at different  levels: between people and each other, between people and companies and between architecture and its environment". 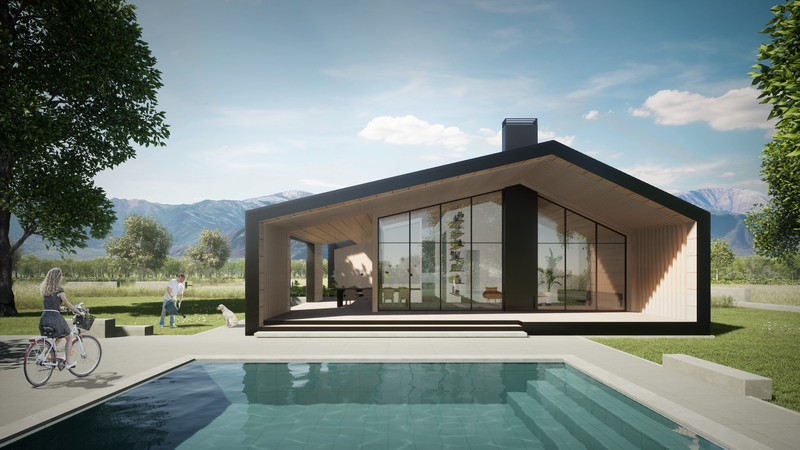 What could be perceived as a tension in the work between ecology and technology, he says, is  actually more like a synergy. “These concepts might seem quite separate or opposite but, in some  aspects, they’re exactly the same. We always think of technology as something that is very  removed and complex, but technology is everything that we do. We are sitting on a chair which is  made out of technology. We are talking with technology. And where technology is artificial,  ecology is nature. The two work very well together and the interaction between artificial and  natural systems is what humans do all the time. If we can learn from nature and implement this into  our technological processes, we can actually support ecology and rebuild the environment.”

Growing up in the mountainous north west region of Italy, Gianluca's small village experience on  the doorstep of nearby city, Turin, affected a lot of his ideas around interacting with his  environment. “I grew to understand this idea of turning your head and being able to enter into  nature and see how your house is surrounded by forest. You could just step out of your gate with  your dog and keep walking and never meet a car. But we were also really well-connected with  Turin and I went to university there, so I was exposed to both natural beauty and city life, which  really affected the way I grew up and my sensitivity to the ecology around me.

“My father was also a big influence. He is a real estate agent but he liked to refurbish and  transform houses; so that idea of building and changing spaces was with me from a very young age.  I would build small models and do crafts and create scenarios for my toys. I’d watch cartoons and  then copy the way the houses were made with my toys.” "When I was 11, I made a treehouse out of pallets I found in storage.

My father considered it too dangerous and one day, when I came back from school, the tree was just a mass of logs and my first build was already demolished". 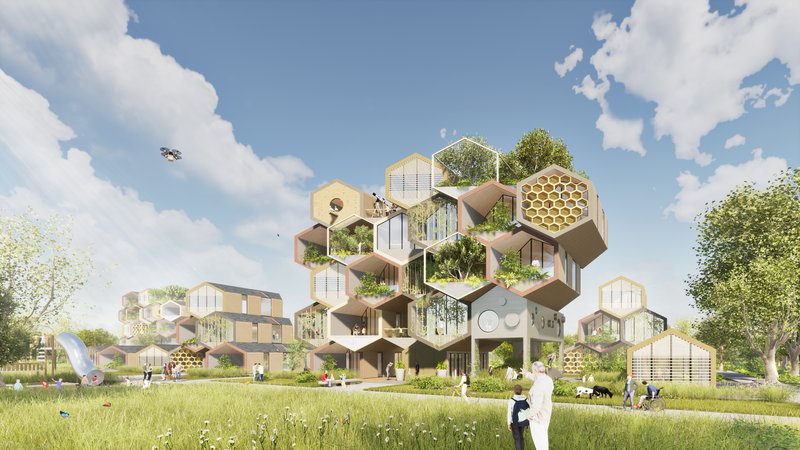 It was only after university that Gianluca really started to explore experiential design. “I didn’t even know what that meant when I first began working as a traditional architect. But then I started  to work for a big technology client who wanted a space to tell the story of their brand. At the  beginning, I didn’t understand why they needed a place or an architect to do this. Then I started to  realise that experience is what makes us remember something... We think of brand experience and  experiential design as something super modern but, actually, if you look at religious buildings like  churches or temples, these are designed and refined to achieve a purpose; to have an emotional  connection and experience with something bigger than us. The way they use light and proportion,  even the scents they use create a specific liturgy and are all crafted to give a sense of something  divine and bigger than us. These same principles are used today to create connection with brands  and also with nature.”

A truly immersive example of this experiential connection with nature is UOOU’s Silence Amplifier  project, a meditation cabin designed to amplify the acoustic atmosphere of the surrounding forest.

“The client wants to create a retreat for silent meditation in Latvia to give a place for people who  are living very stressed lives to take a few days or a week, go to this cabin, reconnect with nature  and be in complete silence. Our idea was to create this funnel-shaped cabin with a huge window

on the front that can be open or closed and which functions like an ear onto the forest. We’ve also  enhanced this experience with a set of high-definition microphones which allow the user to regulate  which forest sounds they want and really play with the idea of silence. And when you go away, you  can take with you a recording so you have a memory of this experience of the forest and your  emotional connection with nature.” 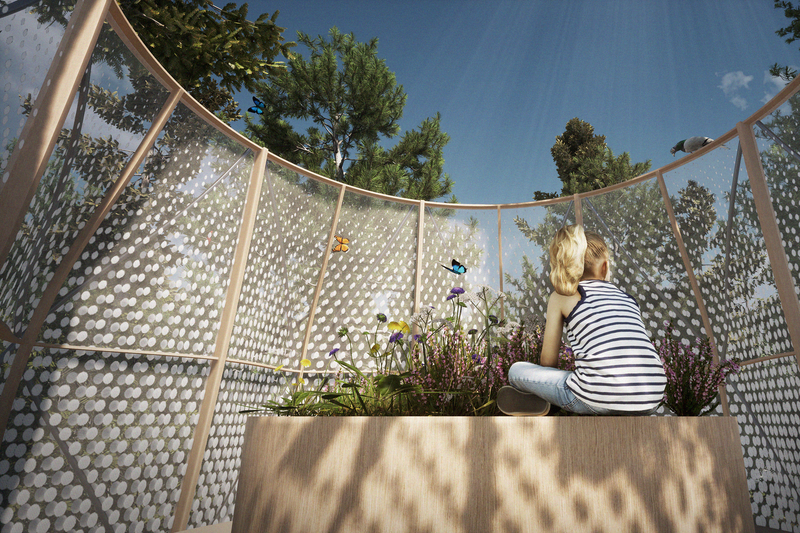 Gianluca says he also finds a lot of excitement in temporary architecture projects, such as their  Samsung Galaxy Studio at the 2014 Olympic Winter Games. “There are a lot of ups and downs in  the creative process and the middle stages and it can be quite frustrating at times. But, particularly with temporary  architecture, everything comes together all at once. You know that the Olympics start on this date  and your pavilion needs to be finished by then. But in the last two weeks of a project like that, you  always think you’ll never make it on time. And then, suddenly, the number of people and the  amount of activity multiplies. You go to sleep and everything is still super messy, and then you  come back in the morning and everything works. You have almost this awakening moment where  people begin to enter and enjoy and the building starts to come alive.”

UOOU is still young with big aspirations to grow and scale, Gianluca says. “We really want to  bring our idea of ecology and the relationship between the natural and artificial much more to life in  our upcoming projects. We want to take some of these concepts that we’ve used already in a small  scale and apply them in a more holistic way to the whole production process.” 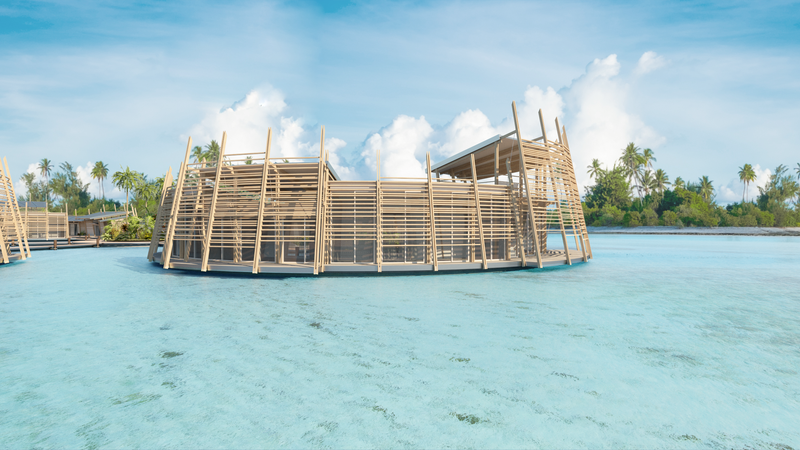 The studio has a range of projects in progress at the moment, ranging from residential to  commercial and temporary to permanent. They’re also hopefully awaiting the results of a  competition for an office tower design which features a number of innovative ecocentric  design techniques. Experiential design has been somewhat unpredictable in light of the pandemic  context, but Gianluca is embracing the new technologies and delivery possibilities. He’s also  introspective about the impacts of the pandemic, and hopeful for a new version of our world where  the impacts of our behavioural choices – like air travel – are a bit more considered.

“If you think about the ecological problems that we have today, this is something that humanity has  never faced before. It requires us to think out of the box in a different way, and maybe also not in a  western-centric way. I’ve learned that you should never be afraid to throw an idea on the table,  especially in the concept phase. An idea you thought was stupid could be the seed of the most  genius, revolutionary thing in 20 years.”

To connect with Gianluca and his work, visit https://uooustudio.com/ and follow UOOU Studio on  Instagram and LinkedIn. 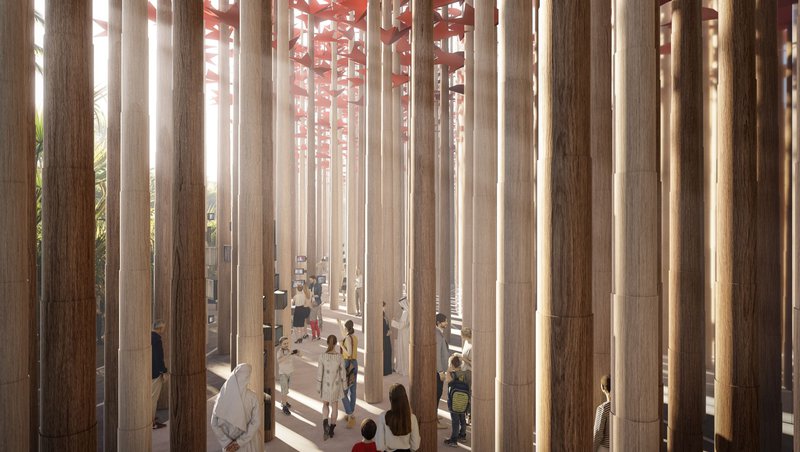 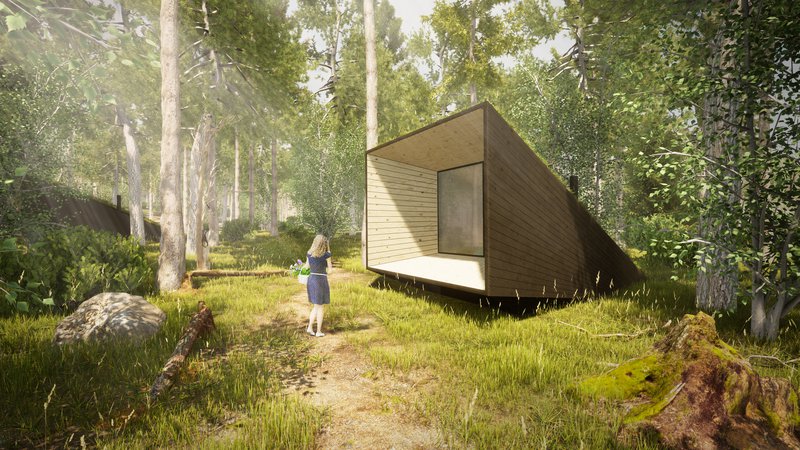