"ARCHITECTURE IS THE PROCESS OF FACILITATION"

Georgios Anagnoustou doesn’t believe locking yourself into a certain style ‘is the right approach’.

“Preconception is limiting. If you enter a new project with an idea or style in mind, you might miss something important. I try to approach any project with an open mind - and think of who the user will be first, and see how it evolves from there.

With over 25 years experience across planning, design, architecture and construction - suffice to say Georgios’ approach has been tried and tested. And as a Greek-German who now calls Sydney home, the director at Jackson Teece architects has certainly been exposed to a number of styles and influences. 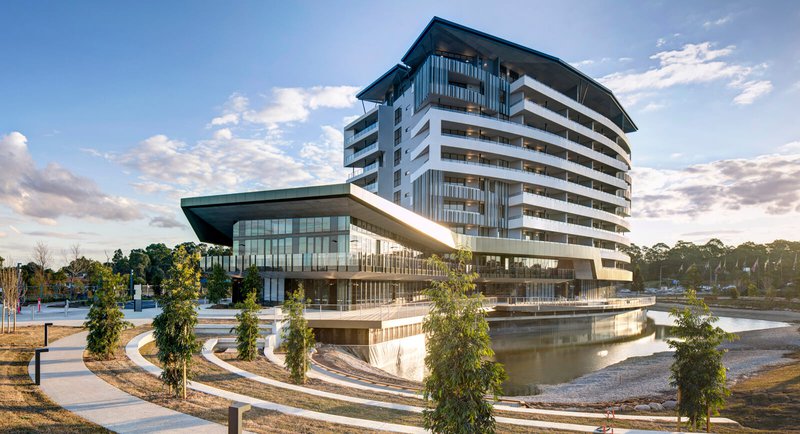 “My father, who emigrated from Greece to Germany in the 50’s, was a surgeon - and I thought I wanted to be a doctor like him. Without being discouraging, he made it clear that I shouldn’t romanticise the profession. He asked - what do you want to surround yourself with every day?”

“I was educated in Germany at a time when the country’s tertiary education system pushed a large number of highly qualified people into the workforce, with not enough opportunity to find adequate employment. So I followed what was then common advice from high-school teachers to set a solid foundation with a trade qualification before attending university.

Learning a craft and starting my professional career in construction as a carpenter has certainly influenced my approach to design. And this pathway to engineering or architecture is still quite common in countries like Germany, Austria, or Switzerland.”

"It’s a different landscape in central Europe compared to Australia. In Europe, the distinction between contractors, builders, architects and the mostly creative ’design architect’ is not as prevalent as it appears to be here.”

"It’s a different landscape in central Europe compared to Australia. In Europe, the distinction
between contractors, builders, architects and the mostly creative ’design architect’ is not as prevalent as it appears to be here.”

Over the years, Georgios transitioned from more traditional carpentry and timber construction to focus on timber engineered structures and from there to study architecture in Berlin and Sydney, before permanently moving to Sydney in 2002.

"For me - transitioning from carpentry to architecture is a logical progression in hindsight - at the time it wasn’t planned though.”

Now, his international portfolio includes experience in a variety of sectors including master-planning, healthcare and public buildings, commercial and education projects as well as residential developments in Europe, the UAE/Abu Dhabi, Malaysia/Kuala Lumpur and Australia.

More recently his practice has been able to secure work in Japan with projects underway in
Osaka and Tokyo. Japan is also where some of Georgios’ personal interest and specific
inspiration lie.

“I was first introduced to Japanese carpentry during my apprenticeship in southern Germany.

The attention to detail, the profound understanding of material characteristics and how to apply them in design and the mastery of complex traditional timber connections were something to aspire to as a craftsman and have long influenced western design and architecture. It’s interesting to see how many Japanese clients are now interested in Western architecture and design.

It is the interplay and possible fusion of different styles and philosophies I’m very excited about.”

Japan is one of a number of international creative influences for Georgios, who says travelling is one of his greatest sources of inspiration. Among his favourite cities are Tokyo, Bangkok, Athens and Berlin - where he studied.

“I feel very privileged to have a heritage connection overseas, it’s a great excuse to get travelling and refresh my perspective. I’m inspired by these places not only for the architecture - but the often-chaotic and unorganised spaces they provide for community and culture to thrive.

It reminds me that urban design and architecture don’t necessarily create the true character of a place, but rather how the place is used and by whom.”

For Georgios, it’s the who - not the what - that needs to be considered at the time of design. 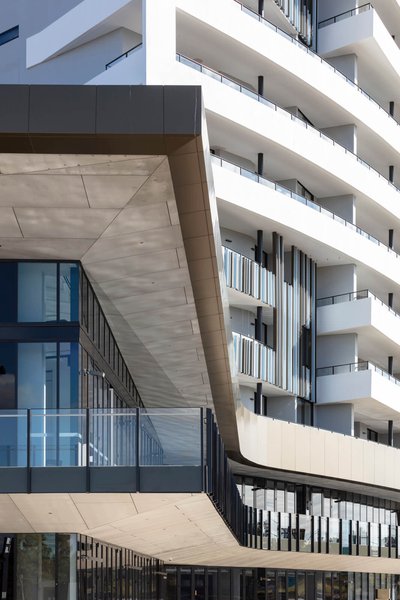 "People have to be able take possession of a space. As an architect or designer, you often have to take your ego and personal preferences out of it. A building shouldn’t only be a sculpture - it has to be something you can let go of, and allow to be owned by others”.

“The collaboration of many is required in the design and building process. Architecture is mainly the process of facilitation - the final outcome is rarely the product of only one person’s idea and the main focus should always be the end-user.”

Georgios, who would rather be remembered for how he is as a friend, father and husband than for his professional achievements, still heeds the lesson from his own father during his formative years.

“It’s important to find something in your work that satisfies you. Even if you’re working on something that might not turn out to be what you hoped for in the first place - find something you love in what you do every day.”