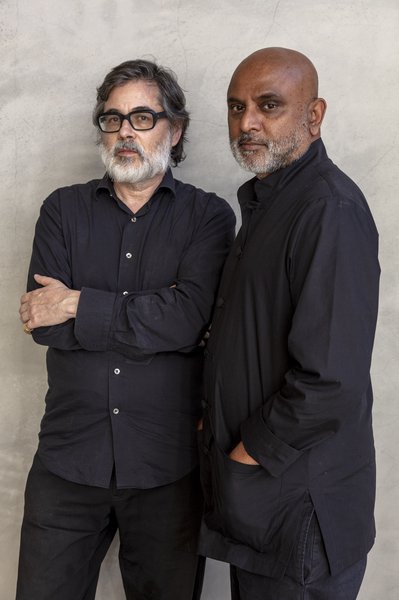 “Every time we’re working on a new building, it becomes a research project.”

“Ravi will spend days researching a certain architect whose work we’re restoring, finding out about their archive or looking through their books.  That’s what makes architecture such an interesting field.  We’re constantly looking at things and looking at them carefully,” says Frank Escher of Los Angeles practice, Escher GuneWardena Architecture, which he co-founded with his partner in practice and in life, Ravi GuneWardena in 1996.

Frank and Ravi have spent the last 26 years embracing the unique opportunities and challenges in the Los Angeles cultural and geographical landscape to create and restore a range of projects which embody both architecture and contemporary art.  “Los Angeles has an extremely interesting 20th century architectural history with a lot of important architects coming here to do all kinds of experimental work.  This is something that we are extremely interested in and which has become an important part of our practice,” Frank says.  “On the other hand, LA is also one of the centres of the international contemporary art scene and that is another interest of ours which has led to a slew of other types of collaborative projects with artists.”

“I wouldn’t say that there’s any direct correlation between our projects related to art and our architecture,” Ravi says, “but, of course, there’s an influence in the sensibility and the process which goes both ways between us and the artists that we work with.”  “The way artists look at things shapes the way we look at things,” Frank adds,  “and maybe our contributions help them refine certain positions that they wouldn’t otherwise develop on their own.  Artists are sometimes not fantastically well-equipped to think in spatial terms or three-dimensions, which is something that architects excel at. 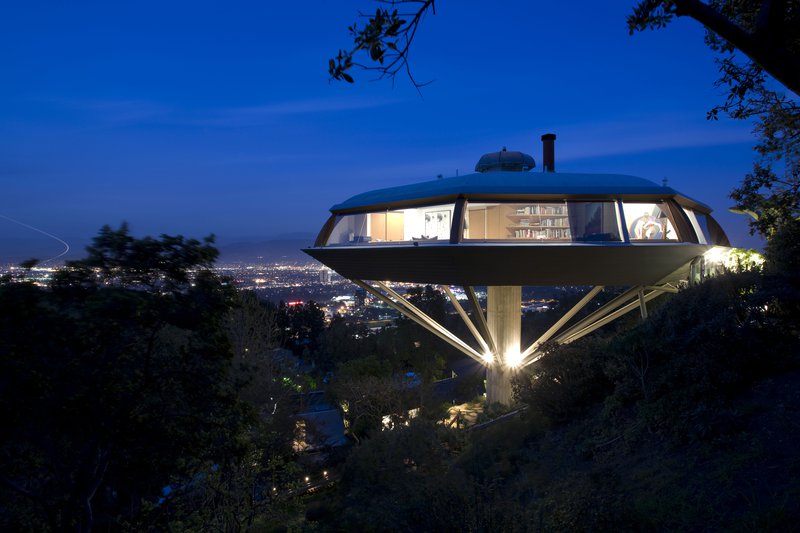 “We always maintain that we, as architects, don’t exist in a cultural vacuum.  What happens around us should be informing us and should influence us.  It doesn’t matter if that is music or cinema or contemporary art or fashion.  There will always be this overlapping or bridging of different disciplines.  That’s what makes architecture so interesting.”

The result of this cross-pollination is a diverse portfolio which spans exhibition design, residential design, historical restoration and multi-unit housing projects.  “The thriving arts scene in Los Angeles has enabled us to design for a lot of galleries and art spaces,” Ravi says.  “There’s also, historically, been very interesting experiments in residential design here, even more so than in public or institutional work, though that’s changing.  People are inspired by what came before in the commissioning of new works.  I should also say that all the buildable land in Los Angeles is dwindling, so what comes up quite often are very challenging sites on hillsides and so forth.  It presents a challenge, but we like a challenge.”

More broadly, Frank says, LA has an established tradition of experimentation, something that Escher GuneWardena embraces.  “At the beginning of the 20th century these were socio-economic experiments, new ways of living and new kinds of houses.  This is a place where you can invent yourself or invent your statement as an artist.  I think that this openness to being experimental has allowed this contemporary arts scene.  In a way, it all comes out of this willingness to find a new way of doing things and not being so tied to the past.  It’s one of the things that I find most liberating about living in Los Angeles.” 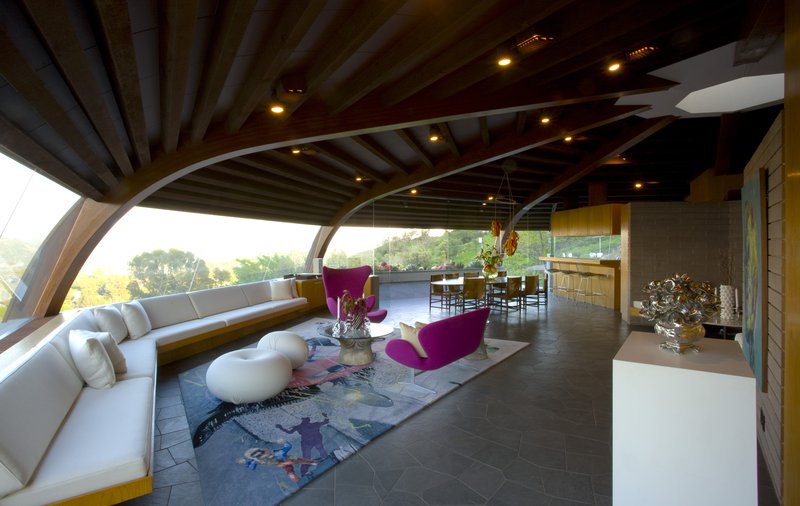 This innovation-led perspective is balanced, they say, with Escher GuneWardena’s work in historic preservation, in many cases through the existing designs of some of the biggest names in Los Angeles’ architecture legacy.  “Frank Lloyd Wright, Rudolph Schindler, John Lautner; you can find this entire history of American modernism right here in LA,” Ravi says.  “That has become kind of the focus of our work in terms of the types of projects we choose to be involved with.”  Frank adds that “what we’re looking at with historical preservation is work of a particular era. mostly mid-century architecture which explored new ideas and new materials, and really changed completely what people thought was a middle-class or proper house.  Our own work is completely contemporary.  We do not evoke mid-century architecture, but we can’t help but be influenced by what surrounds us: ideas of being able to build affordably and as simply as possible for as large a part of society as possible.  These are all ideas that we think are extremely relevant today.”

With Frank growing up in Switzerland and training in Zurich, and Ravi growing up in Sri Lanka and training in the US and Italy, the two bring very cultural different contexts to the drawing table.  The commonality, they say, is in their education.  “I went to a polytechnic in Zurich,” Frank says, “which had a very strong focus on construction and structural engineering as part of our architectural studies, and Ravi’s experience studying at a polytechnic here in California was very similar.” 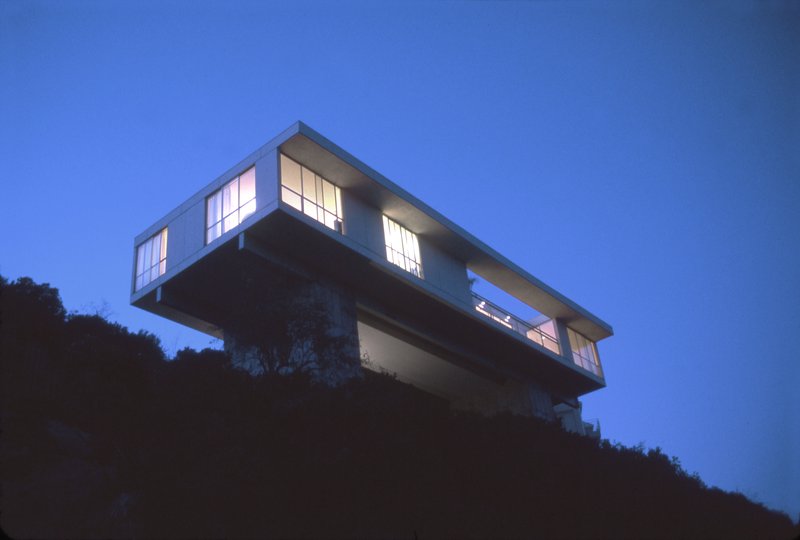 Frank says he knew from as young as 7 that architecture was the path for him; Ravi was less certain.  “I was always interested in art and in making things,” he says.  “At some point I announced to my parents that I wanted to be an artist.  My father encouraged me to find something a bit more practical, and architecture – while not at all a second choice – was the compromise.”

Ravi continued working as a painter into his twenties and it was, perhaps, his artistic sensibilities that got Frank to take notice after they had both emigrated to California in the late 1980s.  “The aesthetic in LA at that time was to keep piling more on; you know, the louder the better.  And I remember seeing this store on Melrose [Avenue] for a fashion designer which was nothing like that.  It was exquisite: white on white with a glossy floor and things hanging from the ceiling.  It looked like an art installation.  You would drive down there at night and this space would be a beacon of light.  It was incredibly beautiful.  We hadn’t met yet, but that was the first time I saw something Ravi had made.”  Ravi adds that “it wasn’t until later that we met and became a couple; working together is another story.  I had been working at some larger firms and I hadn’t really thought about going into practice for myself.  But Frank and I tried it and it worked well, so we decided to open a firm.”  Frank laughs, “we really are together 24 hours a day now.”

Escher GuneWardena’s busy books currently feature an affordable housing development on a property owned by the Episcopal Church and a Buddhist Meditation Centre, as well as a range of interesting preservation projects including Richard Neutra’s Lovell House, Frank Lloyd Wright’s Arch Oboler Complex (Eaglefeather) and John Lautner’s own home.  “The most exciting aspect of the work for me is the realisation of the work and to see it executed,” Ravi says, “and being able to keep the conceptual clarity from the beginning to the end.  That’s something we admire in the work of these architects whose work we are restoring.  There was a clear idea and they didn’t let go of that in the realisation of the work in its final form.” 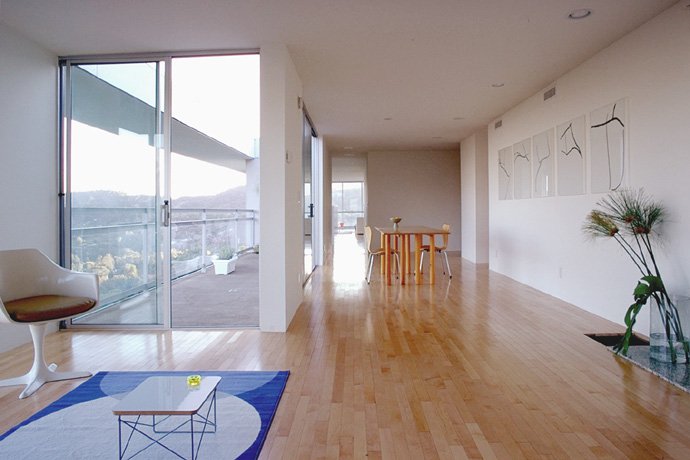 To learn more about Frank and Ravi’s work, visit https://eschergunewardena.com/, check out their book, Clocks and Clouds, and watch this short Sci-Arc documentary featuring Escher GuneWardena. 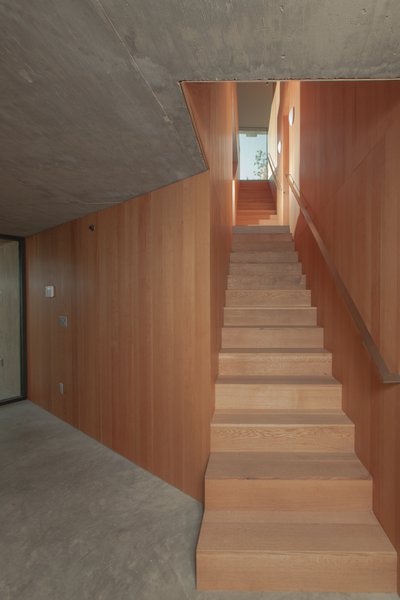 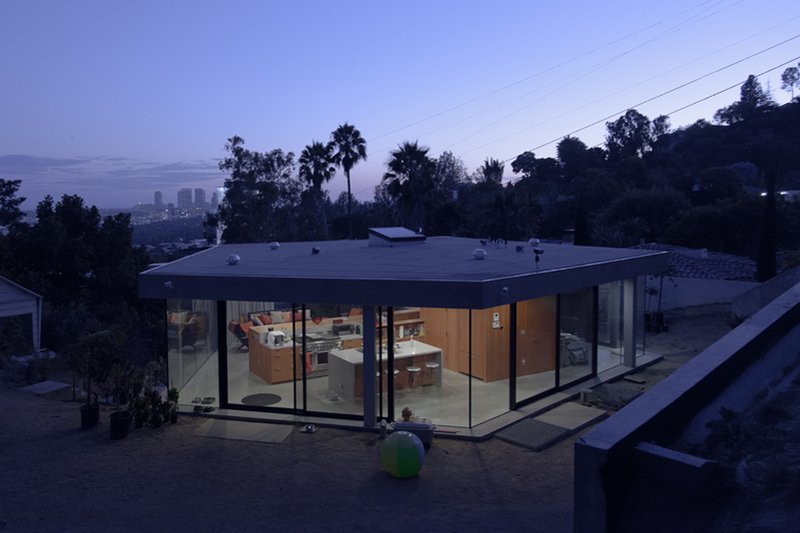