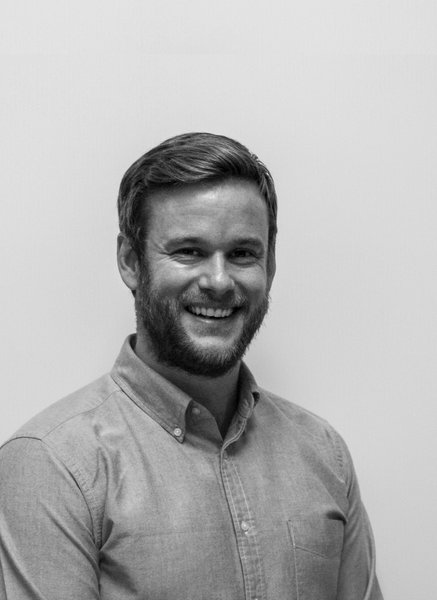 “Our projects always start with empathy.”

“It’s not just about clients’ hopes and dreams.  It’s also about understanding the challenges they face and the realities of life for them; how we can respond in a really meaningful way to make places that reinvigorate and allow them to connect.”

First Light Studio Director, Eli Nuttall, and his Wellington-based team of “architects, designers, artists and dreamers” are working to redesign our living future, he says.  “I have this strong belief that architecture and design can create spaces that inspire and delight.  What we’re finding, more and more, is a real need for spaces of rest and sanctum in our busy lives: reflective spaces where we can reconnect with each other – whether that’s as a family or as a community – and with the environment.”

First Light specialises primarily in the residential space, Eli says, but the team is busy with a range of different project types and clients.  “I believe that good design belongs everywhere, at every scale.  We work in everything from tiny homes right up to civic buildings.  If the brief is right and there’s a spark of interest there, we find joy in almost any scale of project.  What we’re really looking for are projects with a genuine, people-centric opportunity.”

A notable example of this empathy-led design process was one of First Light’s earliest projects, a residential home with a range of custom accessibility requirements.  “That project really pushed me as a designer to understand all the complexities of the clients’ needs, not just practically but also socially.  It required creating a home for a mother, her daughter and a live-in carer where, fundamentally, they were very connected to each other but where they also had a lot of independence.  With house design, often you’ll think about drawing plans and how you might put all of those typical functions together, but this was really a project where we had to return to first principles: how does the body move and what are the requirements to facilitate that?  We interrogated every detail of the project and created a strong bond with the clients to create something for them that was really quite life-changing.” 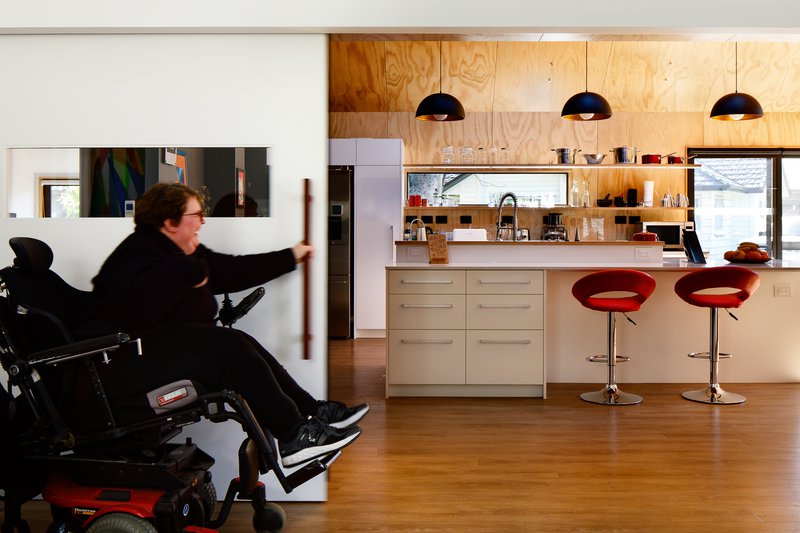 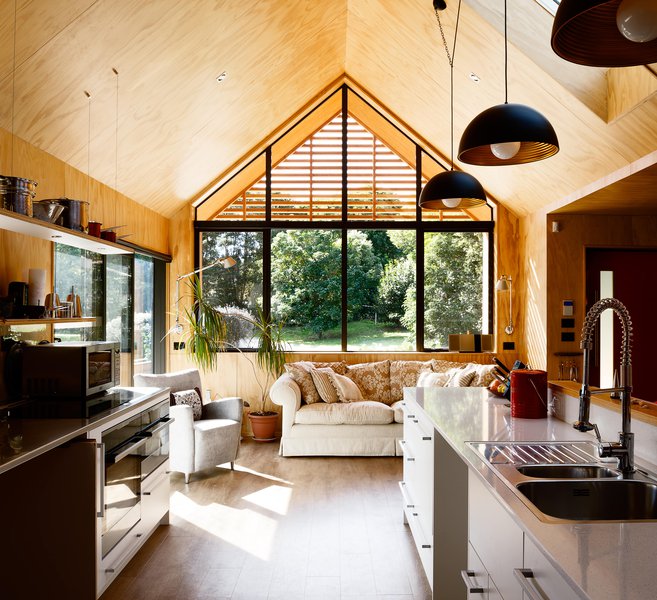 The result was a space of independent togetherness, with three pavilions that could be made more or less private with sliding doors and partitions.  The project included thoughtful design elements such as timber support rails to create warmth, and a kitchen custom-designed around range-of-motion, including a recess in the bench where the client could place a piece of toast to be buttered one-handed.  “Ultimately, what drives me and gives me the most reward is coming up with those surprising and clever solutions that our clients maybe didn’t expect or didn’t imagine that we could achieve.  When you present a concept that exceeds what they thought might be possible and they have that a-ha moment, that’s the real buzz for me.”

Eli comes from what he describes as a traditional Kiwi upbringing in Gisborne, the middle child of an accountant and a teacher.  “Our summers were spent swimming, fishing, having mud fights and exploring the riverbanks.  When I look back now, especially as a new dad, I realise how selfless my parents were with their time for us.  It’s one of the most valuable things that you can give and I feel quite grateful for the upbringing I had.”

When he moved to Wellington 15 years ago for university, Eli says he still didn’t really understand what architecture was.  “When I was a kid, I wanted to be an inventor.  I was always making things and breaking things and figuring out how they worked.  It was only towards the end of high school that I started having an interest in things like graphic design and physics.  I wasn’t really sure what to do with that, but I enrolled in architecture at university and, during that first year, I really started to fall in love with it.”

It was during his degree that Eli embarked on the project that ultimately kick-started his career.  The United States Department of Energy hosts a biannual competition called the Solar Decathlon which challenges university teams to design and build a self-sufficient, solar-powered house.  The finalists then have to transport their prefabricated house to the States, construct it in Washington DC and showcase it to the public.  In his final year of his undergraduate studies, Eli and an assigned group of 3 other students did a hypothetical entry to the Solar Decathlon as part of an elective paper. 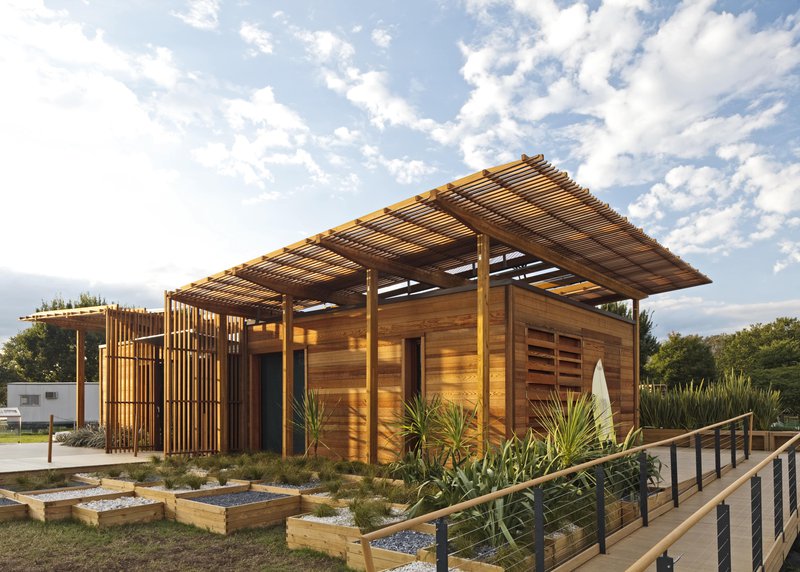 That same group went on to take third place (as well as other accolades including first place in engineering) in the 2011 Solar Decathlon.  They were the first team from the southern hemisphere to ever compete.   Those teammates later became Eli’s founding partners at First Light.  “When we got back to New Zealand, there was this sense that we had gotten through this epic thing together and, surely, we should carry on.  It felt quite natural to come back and establish the practice.”

In the years since, Eli and his co-founders have gone on to launch FLiP Homes, a start-up design/build partnership between First Light and strategic engineering consultants, AWA Environmental, and projects managers, BPM." “We’re working on streamlining the design and delivery process to be able to offer more design and better buildings to more people.  It’s a systems approach to housing, from single-bedroom dwellings up to multi-unit developments.  We’ve taken a design-led approach which has allowed us to engage with customers on the front end and tailor products or create new products to suit.  This approach enables us to deliver what we think are great, bespoke design outcomes in perhaps a third of the time or cost.”  The result, he says, is the ability to create certainty around costs early in the design process and give crucial predictability to projects with tighter budgets. 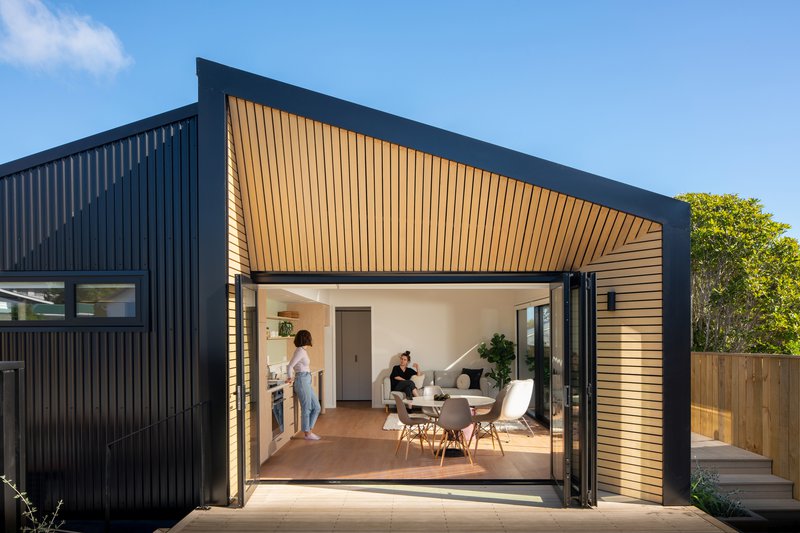 FLiP Homes is currently working on a multi-unit development and has recently been approved as a development partner for Kāinga Ora, with whom they are now working on three projects.  “FLiP has created a fantastic vehicle for First Light and for us, as architects, to make an impact at a larger scale.  We’re able to be involved in a lot more projects than we usually would, and in projects that might not have the time, budget or desire to go through a whole, bespoke architectural process.  It’s a new string in our bow that’s delivering on an ethos and a value that we’ve had since the outset: to make design more accessible to more people, with a focus on creating really healthy homes.” 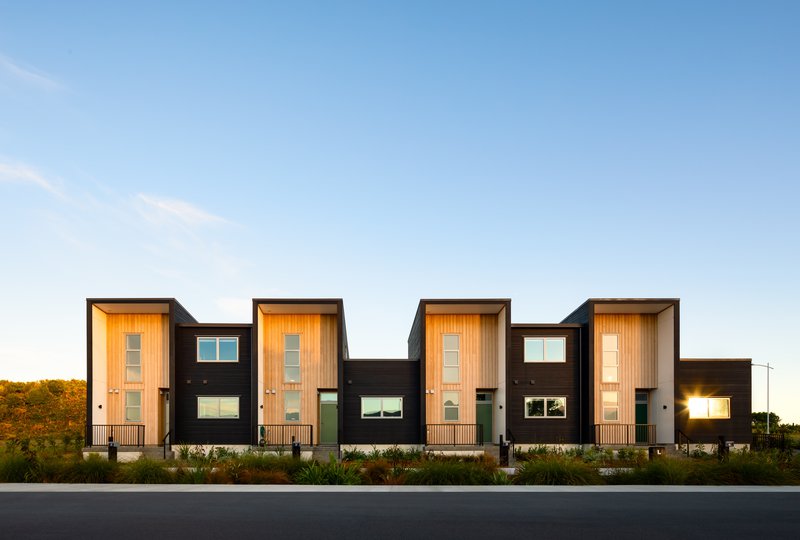 On the civic scale, First Light is in the midst of a build for Rotorua’s renovated Sir Howard Morrison Performing Arts Centre.  “It’s a significant refurb after the previous building was earthquake-damaged and a hugely complex project, both technically and in terms of stakeholder engagement.  Part of the brief from the local Council was to honour the land where the building sits, so we’ve been working really closely with mana whenua to create a space that delivers on the aspirations of iwi.  It’s been quite transformational for us and for the Council as well, I think, in learning how to undertake that engagement process in a really genuine and meaningful way.”

Looking ahead, Eli’s excited about the evolving possibilities for prefabrication which, he says, plays on both his experience with the Solar Decathlon and his early passion for invention.  “We should always be striving for better and more efficient ways of building; methods that are less wasteful in terms of time and energy and materials.  It’s about thinking not just about the end result for the client, but also how the structure is built: how will it perform, what’s gone into constructing it and what are the by-products of that process.

“I often think of the job of an architect as being like a juggler.  We get all the parameters and hopes and dreams and desires from a client and usually it’s a challenge that they’ve been thinking about for a long time.  Our opportunity is to throw all of those balls in the air and then put them together in a really clever and creative way.”

To learn more about Eli and his work, visit https://www.firstlightstudio.co.nz/ and https://fliphomes.nz/. 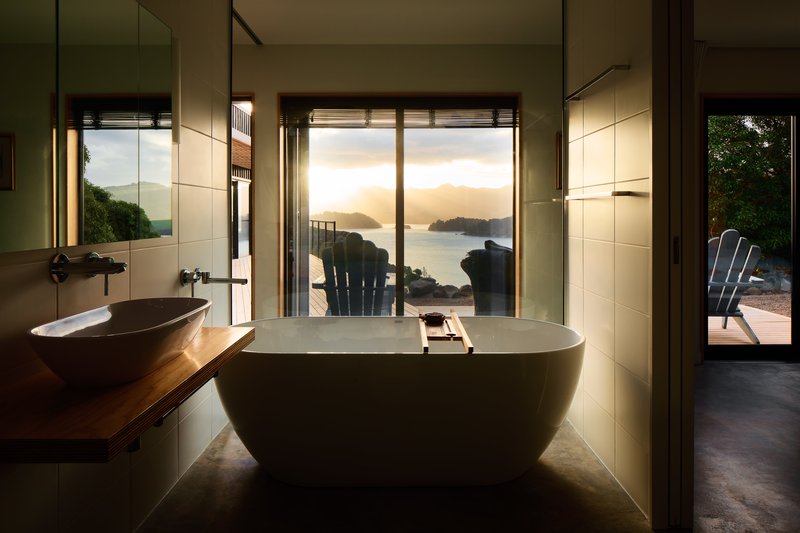 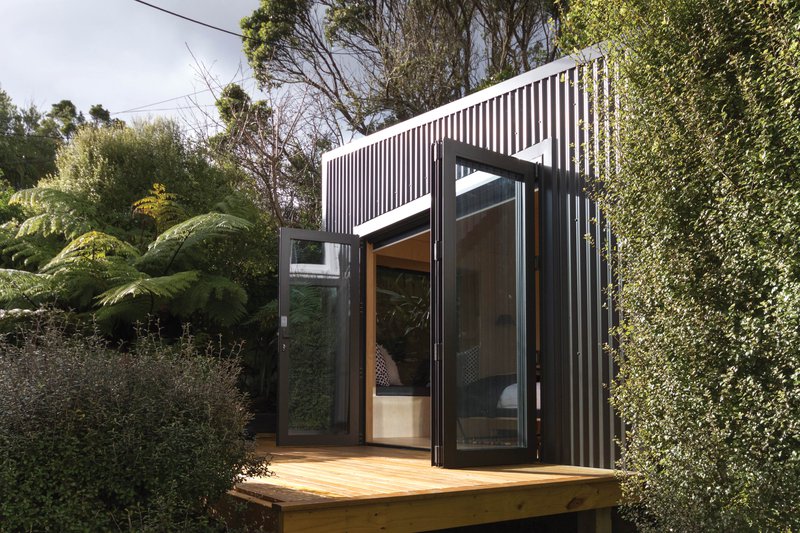