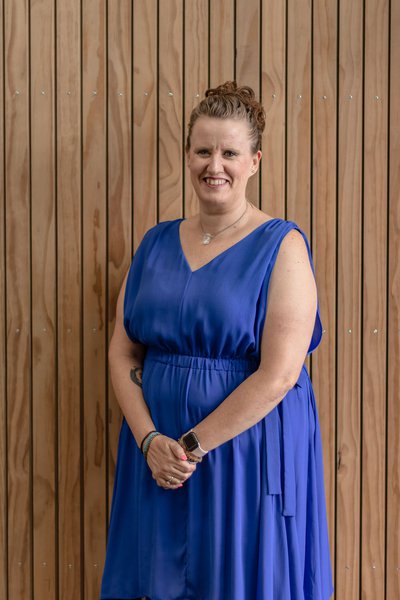 “The Code should be a launching platform, not a target.”

“When thermally broken joinery first became available in New Zealand about 20 years ago, it was intended for a very small percentage of top-end builds and it’s still only in use in about 6%,” says Dyann Stewart, Business Development Manager and Commercial Manager for OMEGA Windows and Doors.

“We’re only just starting to look at the bigger picture of our buildings regarding their impacts on the health of Kiwis and our environment.”

There’s some long-overdue change coming, though, says Dyann.  With MBIE looking to update the Code in November for the first time since 2008, Dyann hopes that New Zealand’s approach to home insulation and ventilation will finally be brought into line with international standards.  “We need to shift the thinking from the short-term costs of installing thermal breaks to the potential long-term consequences if we don’t.  What we have now are homes that are either cold and damp or too well insulated with no proper ventilation.  And it’s so critical to have both working together to ensure the internal health of your home.”

OMEGA’s products align strongly with a sustainability vision which prioritises both people and planet, Dyann says.  OMEGA and its parent company McKechnie Aluminium Solutions are the only aluminium extrusion business in New Zealand to operate a remelt facility for recycling quality aluminium.  Their focus is on New Zealand-made products and reducing their carbon output, rather than offsetting it.  “It’s quite easy to offset because it means that you don’t actually have to modify your production processes.  But this means you could be categorised as Carbon Zero and actually be emitting more carbon than if you were just Carbon Reduced, like we are.  Ultimately, we decided that this was the best way we could add sustainability value in the market.”

Dyann acknowledges that her path has been non-traditional, and that she was a bit of a handful growing up.  “I would not have wanted to parent me,” she laughs.  “I was the first in my family to finish Seventh Form.  I left school with this expectation of university but no way to pay for it, and with absolutely no idea what was going on or how the world worked.  I was really intelligent, but I couldn’t get a job.  I had too many qualifications to get a low-level job and no experience to get something better.”

She eventually got an opportunity to attend a training course which provided secretarial and receptionist skills and was offered work experience with renowned New Zealand sailor, Digby Taylor.  Her work experience trainer advised her to make herself invaluable, advice which she took to heart.  “Digby had a business in both sign making and boat lofting.  I was the receptionist and coffee maker, but I also learned AutoCAD to create signage and design the shims which allow them to fibreglass the outside of yachts.  I was basically the ‘everything’ in the office.”

This led to a junior position as a designer for a window and door supplier, a role she says involved a lot of drawing but not a great deal of understanding.  “I was taught to draw aluminium windows and doors, but I didn’t know what anything meant.  Looking back, I have no idea how I spent those four years designing profiles with no concept of what they actually did.” 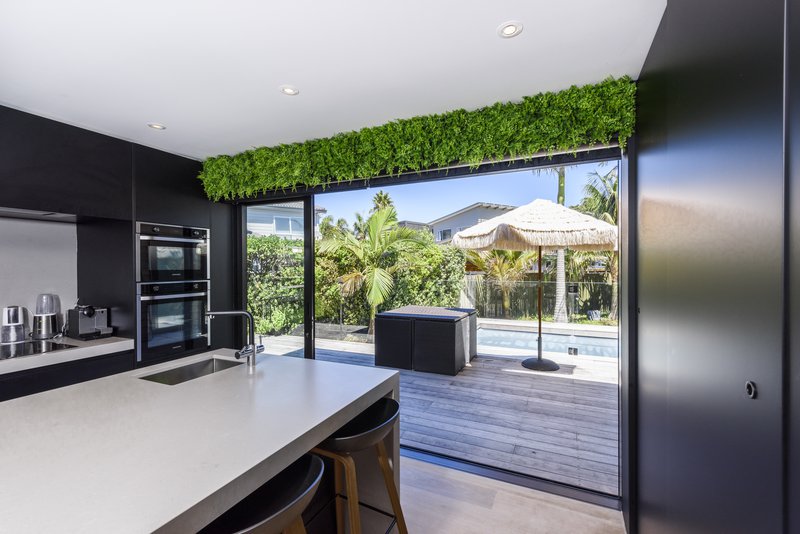 It was at (the now-consolidate into another business) Fletcher Aluminium where Dyann says she found her tribe and started to put all the pieces together.  “The business was filled with people who really cared and knew what they were doing and who were really willing to pass that knowledge on.”  This open sharing of knowledge was formative for Dyann and has informed her own management style in the years since.

OMEGA has been a welcome transition from the deeply technical work she undertook when she moved to Fairview Aluminium for nearly two decades.  “I used to think the technical aspects of the work were what I was most passionate about.  I’m really skilled in that part of the work, but I’ve been surprised by how much I now enjoy working with architects.  Coming into OMEGA, I really liked the fact that we have a point of difference.  Something you can talk about with people who care about the green initiative.

To support Omega’s sustainability platform, we also have a really cool thermally broken product that does awesome stuff that the opposition doesn’t do.  I’ve enjoyed presenting and interacting with architects far more than I thought I would.  When you’re dealing with people at the fabricator level like I used to, they’re at such a state of urgency, but with architects who are still in the design phase, I can take the time to talk to them about sustainability and why we’re so different from everyone else that’s out there.” 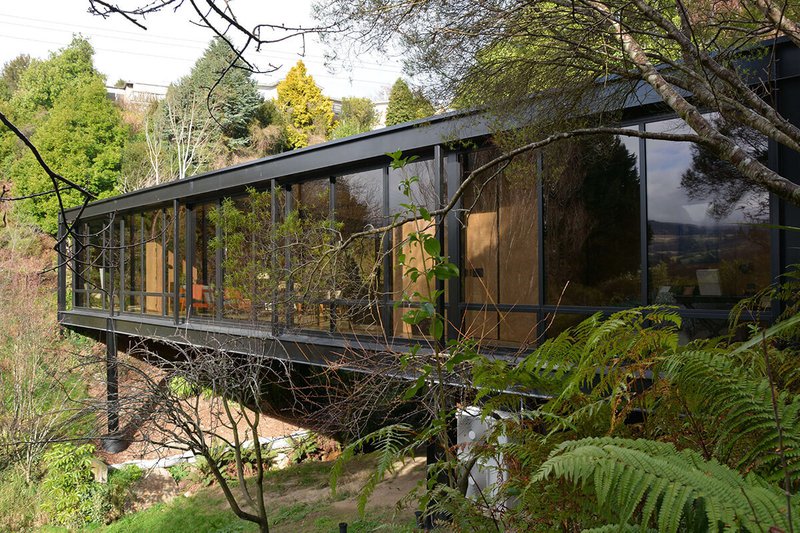 The next leap for OMEGA is Passive House-certified products which, Dyann says, have been in the works even before MBIE signalled changes to the Code.  “Passive House is like thermal breaks on steroids, so from a sustainability perspective, it seemed like a natural fit.  We also see an opportunity, with more people working from home, to create environments which are better serving them and their families.  Passive House details home specifications down to the nth degree and really tries to make a difference for the person living in it.”  The aim is for OMEGA to roll out its first Passive House-certified thermal break products in November.

OMEGA is also supporting Teulo in the development of the new Design Thinking Business course which is currently being rolled out in collaboration with Victoria University of Wellington and Auckland University of Technology.  “Teulo does a great job in supplying and providing really high quality presentations for architects and emerging graduates, so Design Thinking Business was just a natural extension of the sponsorship we already provide for them...  There’s currently a monopoly in New Zealand’s architectural specification market which can make it really difficult to get other products in front of emerging architects and designers.  With Design Thinking Business’ links to Vic and AUT, Teulo has created an opportunity for emerging professionals to finally learn that there are other products out there.” 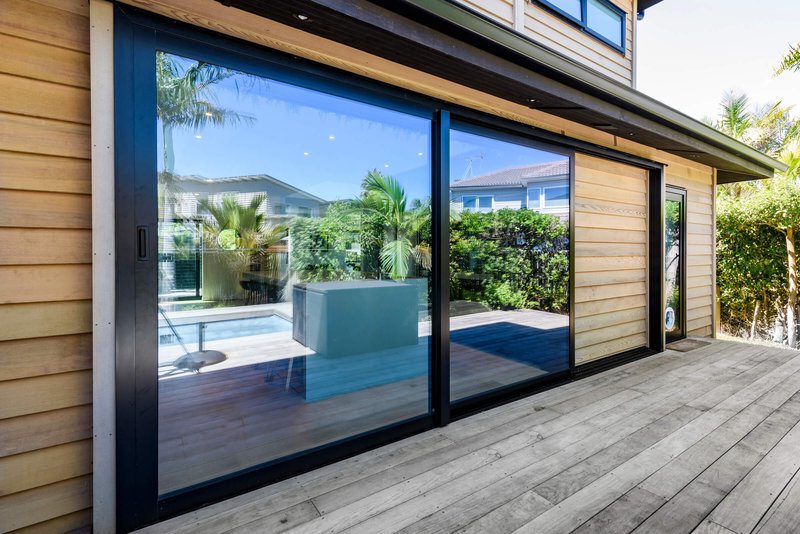 As sponsors Design Thinking Business, OMEGA is hoping to support the next generation of architects in choosing products and processes which support what Dyann perceives as an increased investment in sustainable building.  “I’d like to think the graduates of today and tomorrow will be looking at, not just the cost of a build, but the long-term health benefits.”

Learn more about Dyann and her work with OMEGA Windows and Doors at https://www.omegawindows.co.nz/ or meet the OMEGA team in person at the NZ Certified Builders Conference (Wellington, 11th-12th of June) and the Passive House Hui (Dunedin, 13th of June).