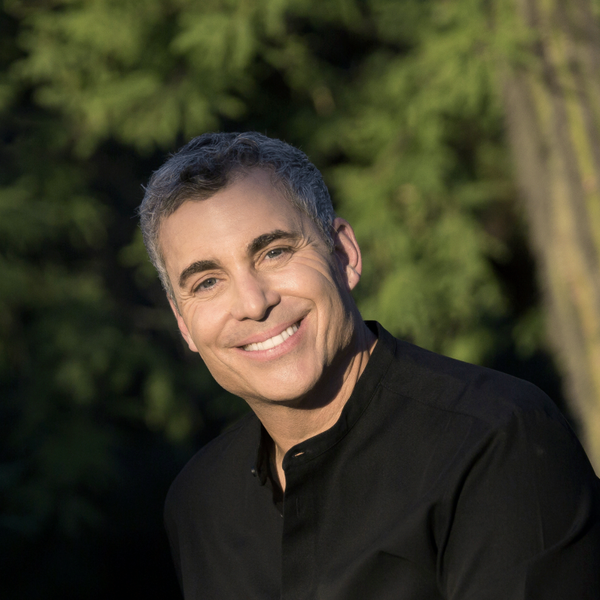 “When I’m designing a building, I’m thinking about the infrastructure with as much priority as the architecture, and also all the research that sits behind it,” says Architecture-Infrastructure-Research (A-I-R) Principal, Darren Petrucci. “The three areas always work together; the hyphens in A-I-R are intended to be both connectors and separators, like a table connects people and separates people.”

Darren’s unique outlook as an academic, architect and urban designer stems back to his graduate thesis at Harvard in the mid 1990s when he coined the term amenity infrastructure. “I was specifically looking at this wash that runs down the linear part of Scottsdale, Arizona. In 1965, it was suggested that this wash, which would overflow during large monsoons, be converted into a concrete culvert like the LA River. What the city did instead, very wisely, was convince the army corps of engineers to build a series of parks that flood very strategically when there’s a large rain; when there’s not, these parks form an incredible asset for the city. So, it’s both an infrastructure and an amenity.” 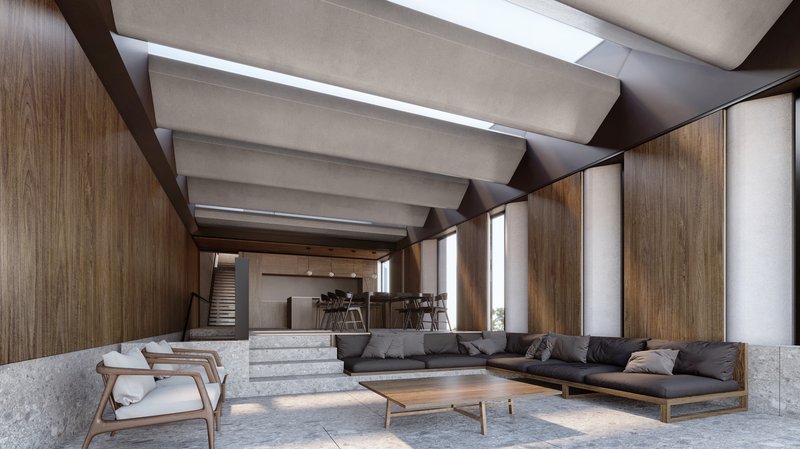 The exploration of amenity infrastructure has formed the basis of a lot of Darren’s work in the years since, in both his academic and professional practice. “Our more modern cities like Phoenix are designed by engineers who deal with streets and lighting and safety, and developers who are creating the amenities for the city but no one was working in between them. I began asking questions like: how could we work together to rethink street lights so they could also be shade canopies for local merchants, for instance.”

This inter-disciplinary, collaborative approach is deeply embedded in everything that A-I-R does, and often includes outside-of-the-box expertise. “We’re trying to get this incredible team to be more than the sum of its individual pieces. We have the more conventional collaborators who I try to assemble at the beginning of each project, but we’ll also bring in other experts who deal with aspects like nature and environmental conditions, for example. We have a clinical psychologist that we bring in who helps us get the most out of our consultants and collaborate most effectively. You can have people work together and design a Buick, or you can have people work together and design a Ferrari.” 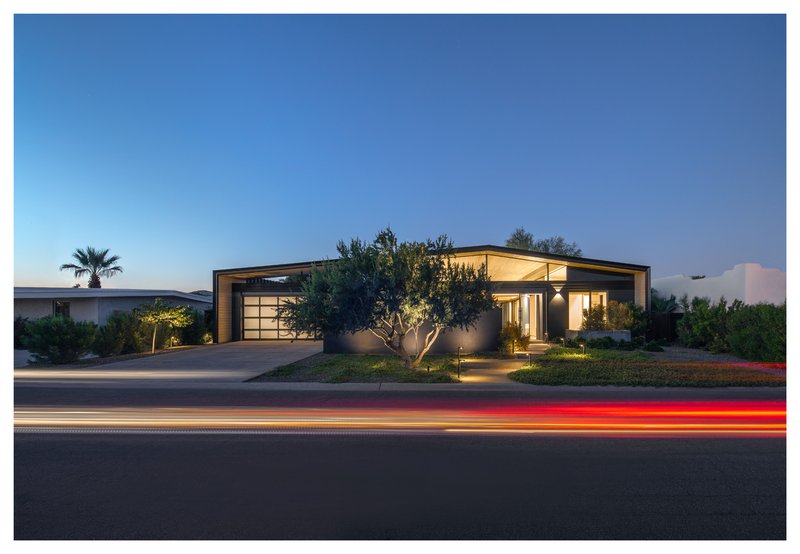 Perhaps A-I-R’s best known work is Ghost Wash House, a residential build in Paradise Valley which was selected by AIA as one of the top 4 houses by an American architect in 2018. “This project really spotlighted my ongoing research into bio-mimicry and the ways in which architecture can function like nature. The lot for the property had a wash on the east and west sides, so my strategy was to build a new wash down the middle, right through the house. In the desert, washes are where the life occurs. When there’s a rainstorm the rain gathers so you get the most plant and animal life in those areas and interesting things start to occur like nurse trees which will grow over a cactus to help it get situated. Symbiotic relationships develop to help survival in these very harsh climates. So this ghost wash is where the life of the house occurs and it’s also where microclimates develop in the landscape and plants are able to pre-cool air before it reaches the windows. This middle wash with the large canopy starts to become almost like a nurse tree which shades and protects other parts of the house.”

Ghost Wash House is an example of Darren’s multi-pronged design process working at its best. “We begin every project by looking at the site and we do a pretty extensive site analysis with a lot of technology: drones, 3D modelling, sun studies, etc... Simultaneously, we’ll programme the site with the client’s ideal programme and we start with furniture. We model all the furniture with no walls, which brings a human scale to the project. So on one hand, we’re starting with the site context and the scale of the city, and on the other we’re starting with the scale of a body. Then we look at materials as the third leg of that stool. The thing that then ties all three of those legs together is nature: what are the ways that nature works that might be a way to integrate these systems?”

Darren cites an outdoor childhood on the east coast of the US as being instrumental in his lifelong relationship with nature. “We lived across from the woods where I would go and play for like 8 hours at a time. The landscape was my playground. My friends and I would build tree houses or underground forts. Nature and the idea of free, unstructured play played a big role in my early childhood development.” When his family later moved to a mountain-side home in Colorado, he started to find inspiration in form. “It was a 16-foot wide, 7-level condominium that went down the mountain; the section of this house I grew up in, looking back on it, really influenced my ability to understand space and view.”

Inspired by his graduate studies, Darren moved to Scottsdale, Arizona where he founded A-I-R in 2001, and continues his research as a Professor at The Design School at Arizona State University and a Senior Sustainability Scientist at the Global Institute of Sustainability. “With my students, we’re constantly innovating and using the design studio as a lab for investigation. I give them a problem to explore in the studio and they give me dozens of different ways to approach it. At the end of each day you’re intellectually so wiped out, but your mental hard drive is full of experiments and lessons from failed design opportunities that you can then take into the professional practice. The two are separate, but they’re inextricably linked.”

Darren is excited by the emerging technological opportunities in his work and says that his team are using advanced applications of complex tools like BIM and 3D-modelling which have previously only really been seen in larger commercial projects. The team is working on a resort project in Mexico which, Darren says, could be an interesting segue for A-I-R into more of an urban campus or luxury commercial space. He’s most excited, though, by the opportunity to create greater impact with his work through new not-for-profit, FA-I-RTRADE. “We started it because of a living building challenge we’re currently building in Cape Town which requires that a certain financial percentage of the project be donated to a not-for-profit in the area. That’s great for social sustainability, but I also wondered if we, as architects could do something that actually helps the local community. The house we designed is pre-cast with these custom, pre-cast pieces that collect water and produce energy. The thought was that it costs money to make that pre-cast form and, for a residential build, you maybe only need 60 pieces but you could pull something like 2,000 out of the form. FA-I-RTRADE was started as sort of a Robin Hood notion – if the client pays for the form work for their 60 pieces and then donates that form to a not-for-profit which could then, say, build a marketplace in one of the nearby townships, it creates a very cost-effective way for underserved neighbourhoods to get access to a beautiful architectural structure which also collects water and produces energy that they could otherwise never afford.”

FA-I-RTRADE has already been contacted by a family in Nepal which hopes to build a small orphanage for homeless orphans of local Sherpas. The design is now complete, with fundraising underway to get the build complete. “This is a really critical piece of what we’re trying to do – not just expand our market share, but also take the research and resources we have and try to help communities in the world that couldn’t afford to hire an architect. In a perfect world, I’d love to have clients that come to us specifically because they’ve done well and they now want to do good.”

To learn more about Darren’s work with A-I-R and FA-I-RTRADE, visit https://a-i-rinc.com/ and follow A-I-R-inc on Instagram.