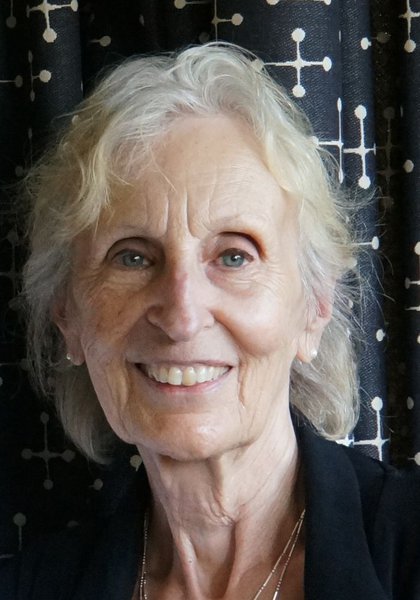 “Dissolving the boundary between indoor and outdoor space, a primary design element of mid-century modernist design, is something I incorporate in my mid-century restorations and also in my new residential projects,” says Los Angeles-based architect, Cory Buckner.

Cory and her namesake practice are based in Crestwood Hills, an area renowned for its mid-century modern architecture.  The area’s principal designer, A. Quincy Jones, is a major inspiration behind her work, she says.  “Mid-century architecture has been a primary focus of my work for many years and, as a resident of Crestwood Hills, I’ve had the opportunity to do about a dozen mid-century restoration projects here.”

Some of the design elements and materials that are most prominent in Cory’s work include butterfly roofs and exposed post and beam construction, with a variety of exteriors finishes including stucco, wood, and metal.  “I try to keep a warm palette because I think that modern architecture can be cold and uninviting. I like to think my architecture is warm and inviting, as well as pure in its form.  I prefer to do a lot of built-ins so that my clients don’t feel the need to purchase a lot of furniture and, often, I’m also asked to do interior furniture selection, which is ideal for me.” 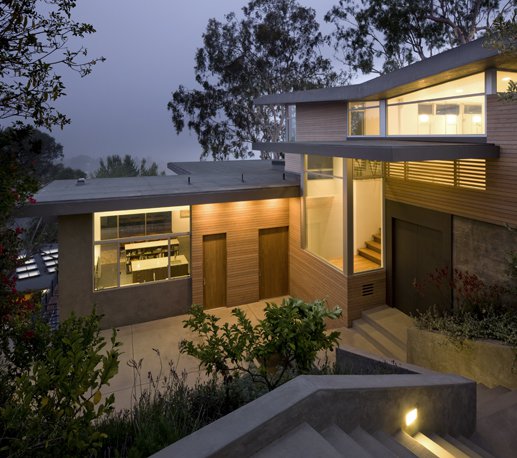 Perhaps inspired in part by the blurred lines between her exteriors and interiors, Cory stresses the importance of honouring a site’s context in her designs.  “The site is always of utmost importance, as is orienting the house so that it can take advantage of the southern exposure, which in Southern California is the best way to achieve solar gain.”  The critical importance of environmental context has likely never been more prevalent for Cory than in her own home, Yerba Buena Residence III, which sits in an especially fire-prone area of southern California.

“It’s a piece of property I bought in 1976 after I’d made some money working as a graphic designer before I pursued architecture seriously.  I erected a teepee and had a small trailer where I lived while designing the house project.  I met my husband, British architect Nick Roberts, about two years later and we began designing a house to build on the property.  We first built a small garage of a larger house plan. We lived in our small creative garage space for two years, adding a family addition, our daughter, Bryony Roberts. Eventually, the local building department said we had to go ahead and build the house or they would revoke the permit.  We managed to build the house in 2 years, finishing in 1986, which was not easy, given we built it as the funds trickled in.  That house stood until 1993, when it burned in one of the large Malibu brush fires.  We were pretty certain that we knew how it had burned, through a gap under a storage area where embers may have entered.

“When we built the second house, we made absolutely sure that there was nothing an ember could penetrate.  And that house stood until 2018, when it also burned in a wildfire.  I assumed that was because of the window configuration, which were hopper windows which open inward.  I had already realised that they could potentially be a fire risk, so the morning of the fire, I had gone through and screwed shut every hopper window on the north side of the house, because that’s the direction the fires usually come from.  Unfortunately, on that occasion, the fire came from the south.” 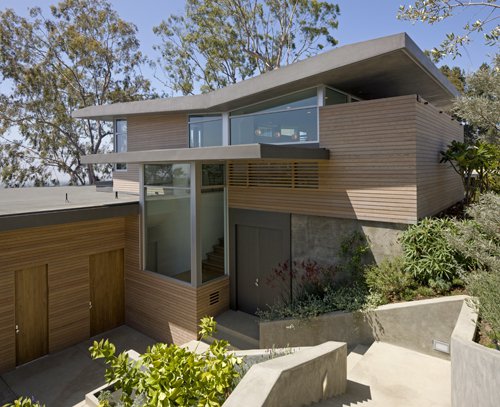 The third iteration of the Yerba Buena house now has windows that are designed to blow shut, and has been built with a metal exterior to give it the best chance of withstanding any future fires.  “My husband died in 2013, so he missed all the fun of that third rebuild.  I acted as the client, the architect, and the contractor on the project.  How I’m still standing is a miracle.”

Cory reflects on her life and her career with gratitude, citing life-long friendships with past clients as one of the best perks of her job.  She also describes her path to architecture and design as a serendipitous one.  “My mother was an artist and a painter for as long as I can remember and I ended up going to art school, myself.  I have been really grateful for that education, which gave me a way of thinking outside the box.

“In my second year of art school I met my mentor, architect Fred Lyman.  I had just bought a used VW bus and I was on a field trip for school.  I wanted to take the long way home, so took one of the canyon drives  through Malibu and I saw an incredible house that looked like a Shinto shrine.  I found the driveway and parked at the bottom, walked up with my drawing pad, and started sketching it.  A few minutes later, a handsome man came out and asked me if I’d like a job.

That was the beginning of my very long relationship with Fred Lyman, who I apprenticed with for many years.  My path had been to become a painter but, after graduating, a few years later, I realised I was much more interested in architecture.” 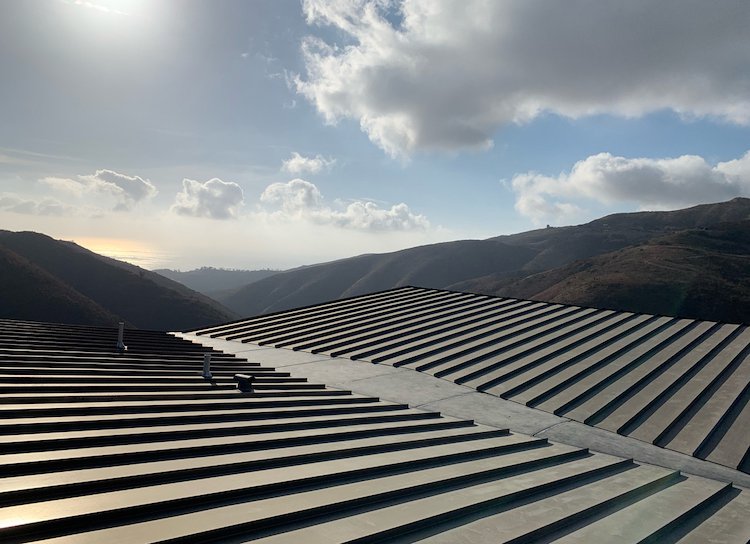 With the third iteration of her own house only just nearing completion – she says the sofa just arrived today and the landscaping is still to come – Cory is busy with a handful of both new and restoration projects.  She’s also looking to add to the collection of books she’s authored, perhaps with a book of letters she exchanged with a British architect and inventor she corresponded with, but never met, in the 1970s.

While Cory describes herself now as “somewhat, semi-retired”, it’s clear that she hasn’t slowed down; rather, she’s refocused her energy on the aspect of projects she finds most rewarding: design.  “I now have an arrangement with a contractor I have worked with for several decades.  I do the design, hand it off to him to hire out for the construction documents and I make myself available during construction and it all works out ideally.

“I tried to retire a couple of years ago, but I found that I really missed it. I love designing, so that’s what I focus on now.  I’m grateful to have understanding clients who’ve been willing to work with me in this way.”

To learn more about Cory and her work, visit https://www.corybuckner.com/.