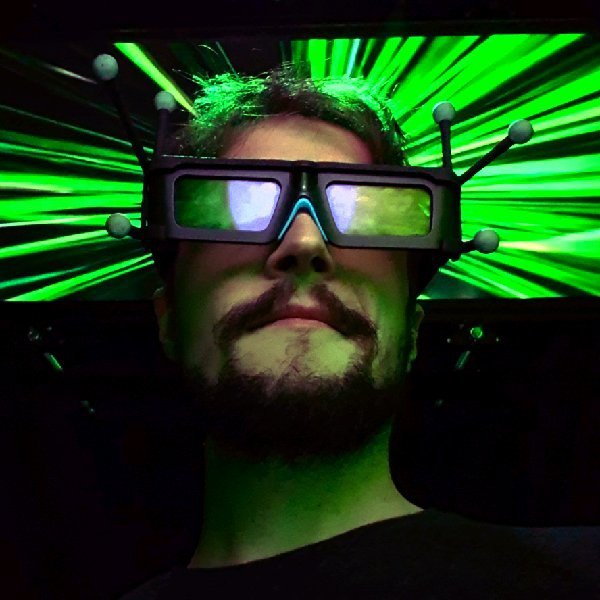 “I’m really drawn to this imaginary realm of infinite possibilities to express forms and spaces.”

As architects of virtual spaces, Cip and his co-founding team are exploring digital frontiers through augmented, immersive and mixed realities. The ultimate goal, he says, is to use thoughtful design to overcome the barriers between the physical and the virtual worlds.

“Cinematography and sci-fi literature were big influences in my life which converged with my architectural studies. When I was studying about 7 years ago, we started to really be aware of the fact that new technologies were coming up and we were able to explore interact with virtual spaces more vividly by using goggles, headsets and smartphones. At the same time, we also discovered that soon we would be able to bring virtual objects into real spaces. That’s how Augmented Space Agency as a studio came to be: this fascination with future holograms and mixed reality spaces where you are able to combine both virtual and physical elements.”

The team behind Augmented Space Agency is young and interdisciplinary; of a generation that grew up immersed in the virtual worlds of video games. “We felt that we had reached the point where the virtual starts to take form in our real environment. Augmented Reality (AR) allows us to project virtual objects into physical spaces; it is a precursor of a potential future holographic communication that we can find in sci-fi literature and cinema. We have already witnessed the technological evolution and adoption that happened in the last 20-30 years and we expect that this technology will keep evolving with the same accelerated speed. I expect that the next leap will be provided by a technological transition from smartphones to smartglasses, many global hardware companies involved in personal computer devices, laptops and smartphones, internet and social media companies have some kind of prototype device or patent. We are exploring and researching this phenomenon and trying to make sense of it and make sure that the impact on our planet and society will be a positive one.”

Cip predicts that AR technology will have a significant impact on the architecture industry in the years and decades ahead. “As a studio, our obvious first direction was in architectural visualization. This is already commonly done with Virtual Reality (VR) headsets where you can walk around immersed within a virtual space. But with AR, you can project objects like scale models into the physical realm or explore more interesting scenarios like displaying the material composition inside of walls, or more practical use cases where you can visualize, communicate and interact with other technological embedded technological layers defined by concepts like the internet of things, smart homes and smart cities.” These experiences now often need little more than a widely available download from your mobile application store, Cip says, and are getting more accessible and we will get more practical use cases. “In the not-so-distant future, you’ll be able to bypass the smart phone entirely and see this kind of AR through glasses for an even more immersive and interactive feeling.”

With his team, one of the things that Cip is working hard on researching different use cases for AR; exploring all the potential ways in which it can be used. “For the next maybe 5 or 10 years, we want to have a more horizontal approach and not focus on just one domain. We’re lucky to be living this in its really early stages, but it’ll take time to have more structure and more articulated design language and communication around these interesting experiences.” Cip’s expectation is that in his lifetime we will see AR being employed through all forms and types of content and across all industries including education, entertainment, media, medicine, therapy, services and manufacturing. 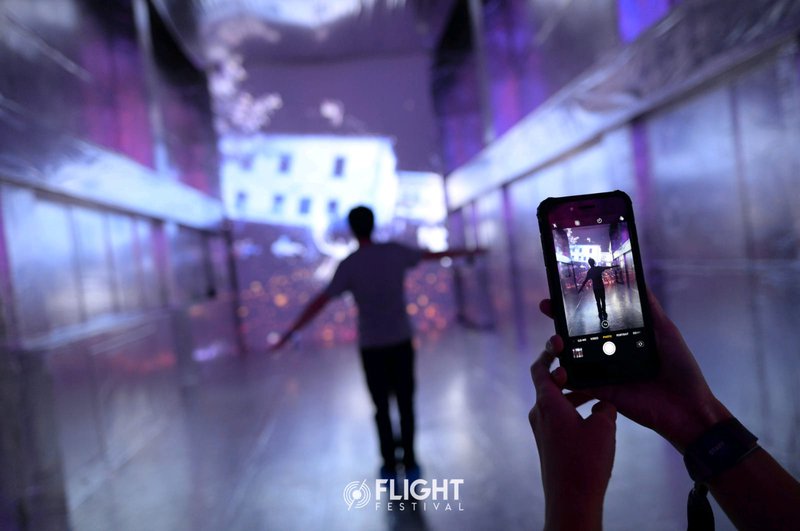 As the technology evolves, Augmented Space Agency has focused its exploratory and collaborative energies into the creative sector. “We have always been convinced that artistic projects are the best place to experiment because they’re really open to it. Our approach to research is exploratory and we are developing art pieces in order to explore different scenarios and the long-term potential of this technology and the mixed reality space.”

Since launching in their third year of university in 2015, Cip and his Co-Founders have explored a range of creative applications through combined real and virtual world environments. Portfolio highlights include the staged multimedia play Schrödinger's Cat in 2018, where live performance commingled with a transparent on-stage projection surface. The team has also played extensively with AR in urban and interactive environments, including the Self Patterns project in 2019, where users could interact with a choreographed contemporary dance piece through avatars created by motion capture. “The experience was quite vivid, powerful and emotional. You can feel the artistic value and the effort that was put into this project.” Similarly, 2019’s Flight Facility enabled the public to explore their own Romanian city of Timisoara through a more aesthetic lens, with the entire city 3D-scanned, and users able to fly through it virtually as a phoenix. 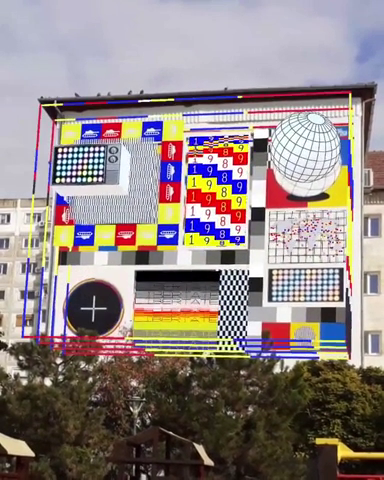 Cip and his team have also worked to create hybrid spaces which provide commentary on the spaces they inhabit in the physical world. Their 2017 Capitol Continuum was designed to raise awareness about neglected architectural heritage sites in Bucharest. “These places need public attention in order for the state to intervene, and for other organisations and entities to invest in saving these monuments. We did an intervention where a graffiti artwork becomes a portal that allows you to see inside this old summer theatre which has been closed to the public for more than a decade.”

Driven by a lifelong curiosity, Cip says that exploration has always been his greatest passion. “Growing up in a post-Communist country and living right near the Ukrainian border, from an economic point of view, it wasn’t the best environment. But we quickly adapted and embraced technology. I also have a really strong connection with nature. I have this fascination with technology at the moment, but as a child my dream was to become an explorer. I was a really big fan of Steve Irwin; I wanted to explore nature and find new species of plants and animals. From very early on I had this pure curiosity which I think has stuck with me.”

As explorers of digital frontiers and architects of future experiences, Cip and his team are keenly focused now on keeping up with the evolution of these technologies. “We are trying to get our hands on new tech devices and build better solutions and experiences. We also want to design more powerful and useful experiences, both through design, storytelling and qualitative software development. Our portfolio is quite wide regarding different domains and use cases because we’re excited about all the potential of these technologies. The goal is to acquire as much experience and information as we can in order to develop a more articulated design approach, sustainable and meaningful solutions that will have a positive impact in the evolution of society and world.”

To connect with Cip and learn more about his work, follow Augmented Space Agency on LinkedIn, Facebook and Instagram or watch his recent feature on Teulo Talks.