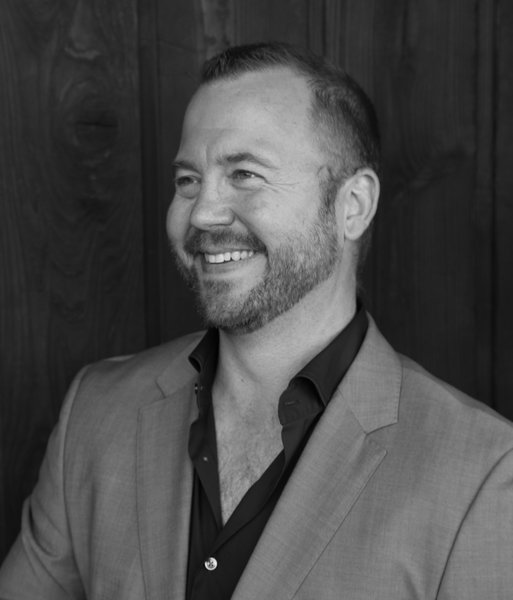 “Every project has a personality that comes from the people involved in it.”

“In true collaboration, there’s this back and forth which lets the work stand alone uniquely a bit more,” says Founding Partner of LA’s AUX Architecture, Brian Wickersham.

“Maybe the client lays down the first track – the bass line – and then you have to think about all the different ways you could respond to that. If you go in with an aesthetic agenda right away you risk all of your projects looking the same, but if you look at each project like a musical collaboration with all these interesting players, the results can be more compelling and the process is definitely much more fun.”

Brian describes AUX’s approach as one that prioritises analysis over aesthetic. “You have to look at the problem, identify your biggest challenges and then let the design come out of that.”

A self-described “style agnostic”, Brian acknowledges that there are some signature tendencies reflected in his portfolio, but says he remains committed to letting new builds and renovations be borne of the analytical and collaborative process, regardless of scale.

“If we have a hallmark, it’s that we bring the same passion to every project.

Applying the lessons you learn from a simple building to a more complex structure is a really powerful tool for improving your craft.” 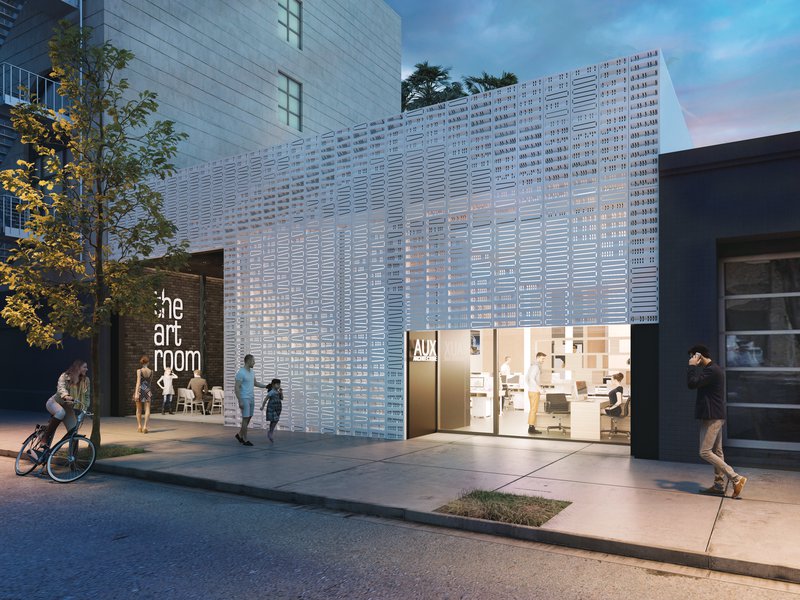 Part of the early analytical process lies in creating designs which support each site’s physical and environmental context, Brian says.

“If you’re not thinking about sustainability and the environment in 2022, you’re not paying attention. And that urgency is especially apparent here in LA where we have an ongoing crisis of water. We actively talk about environmental considerations at the very beginning of every project at the same time we’re working through other core elements like the programme and the budget.

“On a ground-up building, you’re thinking about things like the orientation of the build relative to sun and prevailing winds, whereas on a renovation or infill project it’s much more about preserving the things that are already there.

What existing elements can you keep to add richness and preserve that embodied carbon? For a project like Vista Del Mar Performing Arts and Education Center, so much of our approach was about preserving 3,000 square feet of the existing 7,000 square foot structure, despite added expense for the project. It was a value decision to keep those materials in place, even though it took a lot of work to restrain and reinforce them.” 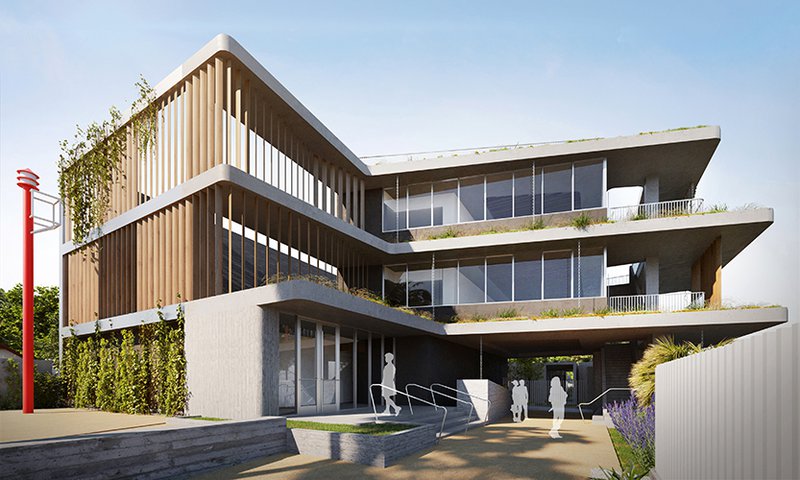 Brian attributes his environmental perspective, at least in part, to his childhood in rural Oregon. “It’s architecturally very environmentally focussed there, to the point where sometimes the environmental aspects take a front seat, aesthetically.

While my aesthetic sense might differ, that underlying principle that you have to be thinking about the environment when you design things has always been really important to me.”

Brian says he was a normal kid who enjoyed playing outside and drawing with his brother.

“My grandfather was a contractor and I used to spend summers working on his job sites, first picking up screws and nails and then graduating to more and more complex things. I was around building my entire life, but was also really drawn to the arts.”

Brian went on to study a Bachelor of Fine Art before acknowledging that he “needed to use both side of my brain a little more” and making the jump to architecture.

An unexpected opportunity after he graduated cemented his future in the industry.

“I was working on my family farm one day and got a call from Frank Gehry’s office asking me to come down to LA for an interview. Two days later, I got in my car and drove down with everything that fit. Now, I’m firmly rooted in Los Angeles and have built a successful practice with a wide range of inspiring clients and work.” Brian says his current practice still shares some of the methodologies and principles he learned through his experiences with Frank Gehry, and later through mentor, Kevin Daly.

“I spent a number of years in Kevin’s office at a really amazing time where I got to have my hands on a lot of things while the practice was still small, and then see first-hand what it took to grow.” 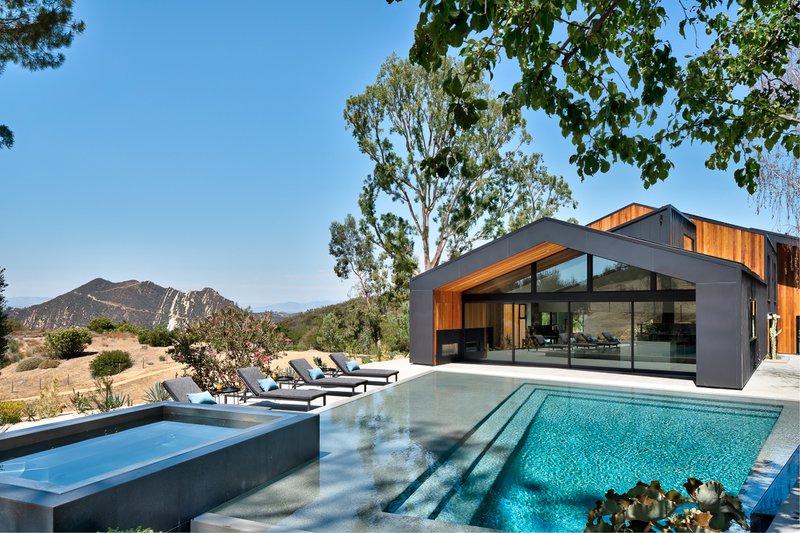 Brian and his team have recently completed what he calls a dream project, the Glorya Kaufman Performing Arts Centre, which has exceeded expectations for both design and impact.

“It’s a building for a non-profit that is doing a lot of good in the community. They work with kids from the full socio-economic spectrum and they’re really working to help children and families in the LA area. It came out of the idea that the autistic kids on the campus could be reached in different subjects through performing arts: using dance, using music, using theatre as a way to teach arithmetic and science and give these kids a voice.

There’s so much meat on the bone from a design perspective with a programme that benefits so many, and also the opportunity for the structure itself to be sort of a metaphor. The building is kind of stark from the outside, intentionally, because the things that happen on the inside are more important than the outward expression on campus.

The structure behind it is obscured, giving you a sense that there’s something more going on beyond it, and as you move to the very interior of the theatre, you reach the warm heart, the living room of this campus. It’s really analogous for the struggle of autistic kids.

“The other day I walked in to meet with the Director of the building and I didn’t realise that the kids were going to be in there in class.

It was this really emotional, powerful thing to see these kids that we’d always envisioned using the space in there learning and smiling. It’s really moments like that and seeing the impact that keeps you going. We were very blessed to have gotten that project and even luckier that it got built and succeeded. This isn’t an easy profession and there are a lot of obstacles.

Getting anything built is hard; getting something good built is a real achievement.” 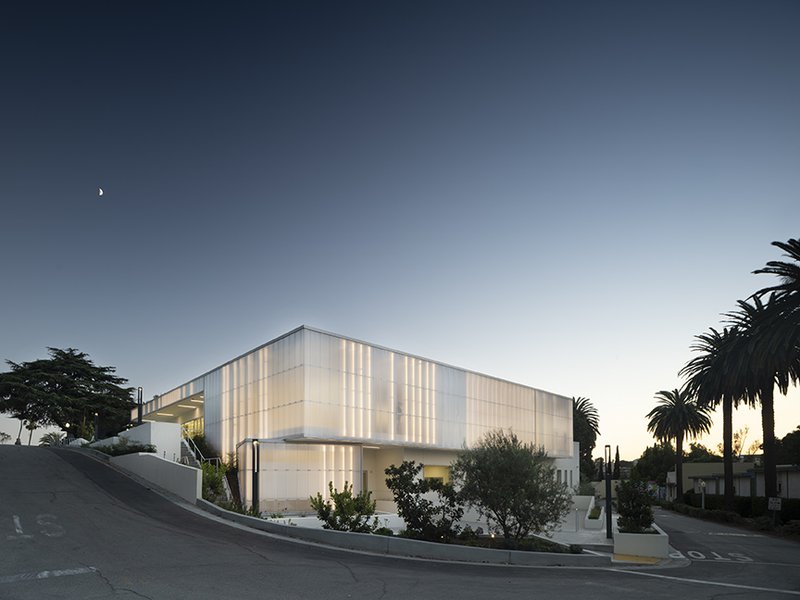 AUX is currently settling into a new multi-disciplinary space called The Art Room which, Brian says, brings together a number of his interests and inspirations.

“I don’t get to paint as much as I used to, but I’m still so passionate about fine art that I’ve partnered with Seasons LA to build an art gallery which is located directly adjacent to our office.

We’re also delving into culinary art collaborations here with the remarkable chef Derek Brandon Walker and some of his outreach work to feed the community in throughout the Los Angeles area. I’m really excited to see what synergies come from this weird experiment and, particularly given all of the delays from the pandemic, it’s just great to have something to look forward to in this new, creative space.”

There’s an overwhelming sense of gratitude when Brian talks about both his clients and his team.

“When I launched this business mid-recession in 2008, I never would have imagined that I would have the opportunity to design a performing arts centre, let alone 3 or 4.

These are incredible opportunities that wouldn’t exist without the trust of an amazing portfolio of clients and the hard work of my awesome team at AUX. The thing I might be proudest of is the group of people I’ve been able to surround myself with and the culture we’ve been able to build here.

To connect with Brian and his work, visit https://auxarchitecture.com/, follow AUX Architecture on Instagram and LinkedIn and grab a front-row seat to Brian’s “Back to Basics” Teulo Talks session HERE. 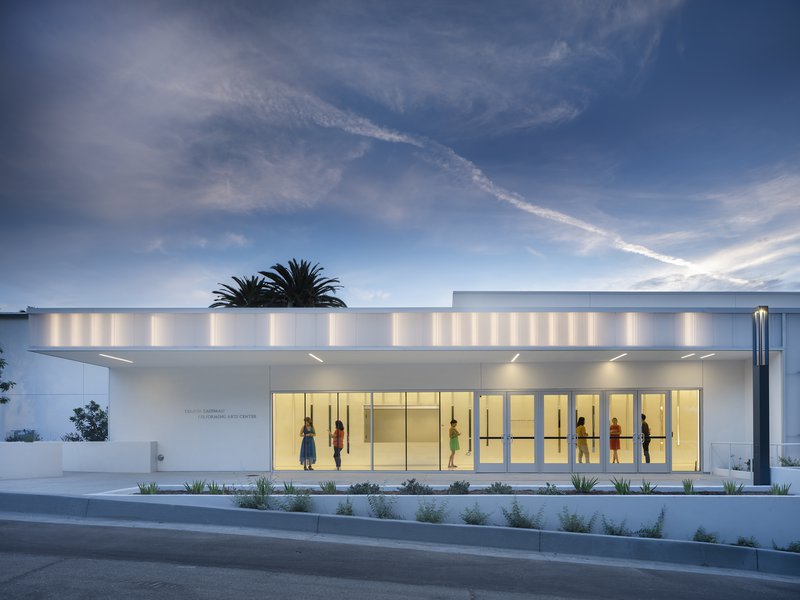