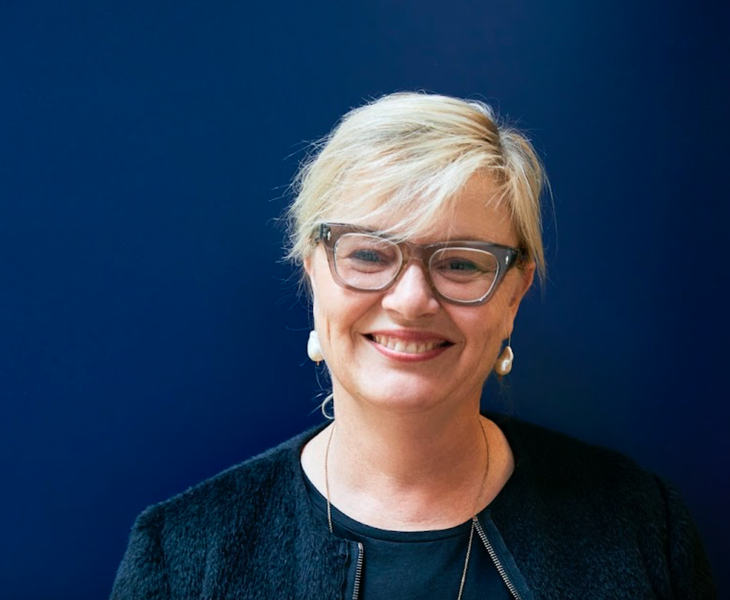 “Humans respond to markers about atmosphere almost as much as to actual physical perimeters.”

“We have developed all sorts of strategies and techniques for creating atmosphere, even when the spaces we make can’t be quite as complex as we would like as 3-D built or material entities,” says Barbara Bestor, Founder of LA’s Bestor Architecture.  “We often use graphic inventions, two-dimensional surfaces and lighting to make atmospherically unique environments for humans to experience when budget or program preclude more constructed material options.”

Barbara’s architectural inspiration integrates deeply with what she calls the milieu of the United States’ West Coast.  “In California, we have an established 20th century history of modern architectural innovation and experimentation that is unique to the US, and even worldwide, as it is somewhat independent of European roots and, instead, was more influenced by Asia as well as the local climate and geology.  West Coast modern architecture formally embraces nature and local materials in away that has led to innovative form and even unique kinds of city formation,” she says. 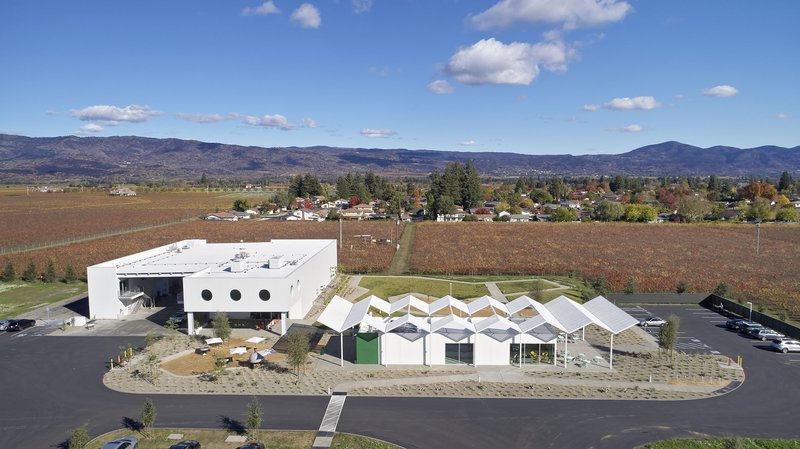 Barbara loves the West Coast and engaging with the history and the landscape of California, where she has lived since moving there from the Boston area in the 1980s.  The 25 staff of Bestor Architecture work on residential projects including new homes and remodels, the restoration of 20th century landmarks and larger commercial projects.  “We work very hard – especially over the last year and a half – to maintain an office culture that values individuals and their work as generalist architects, while bringing us together as a larger organism. We encourage our design team to touch every portion of a project- from client meetings, design, and construction.”

Bestor’s portfolio includes some high-profile and award-winning projects in the Los Angeles area including a new headquarters for music company, Beats by Dre.  “That project was a real labour of love and joy for a set of clients we had worked with for years.  It was a unique opportunity to explore the idea of atmosphere in service of a company that celebrates the music business at the core of its technological and product design inventiveness; a truly creative client that changed and morphed into new and exciting things for the entire time we worked with them.

“Another recent highlight was a residence we completed last year: The House Stepping Down the Hill in Silverlake.  It is a new house in a ‘pas de deux’ [dance duet] with a landmarked modern house by Raphael Soriano just next door.  We worked with the unique topography of a hillside promontory and designed a house that is below the view line of the previous landmark, but still uses its formal DNA of extrusion – vertical, curved, boat shaped – to develop a new language that is in dialogue with the original extrusion – horizontal, jagged, hill-shaped.” 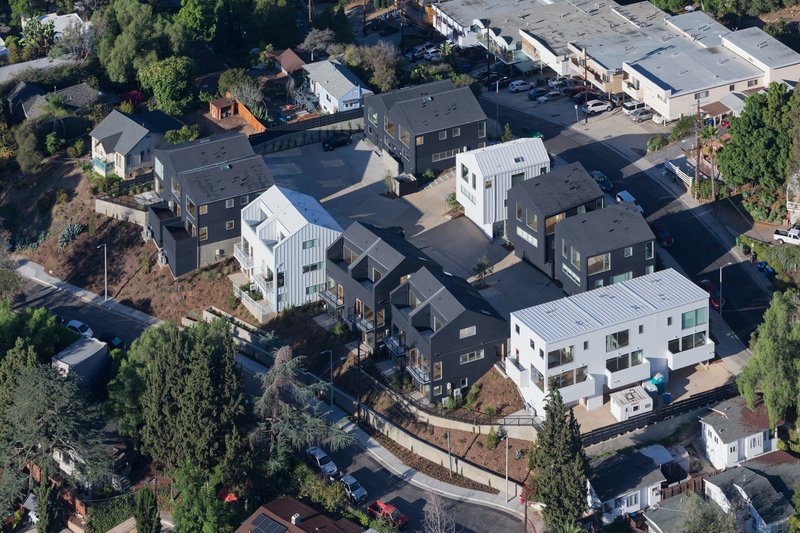 Barbara’s work is underpinned with strong themes of housing equality and urbanism, as showcased Bestor’s recent contribution to future housing pop-up exhibition, Low Rise, Mid Rise, High Rise.  “The idea was to look at the density of a neighbourhood without decimating the residential fabric that is already there.  Our project, Frogtown Fourplex, explored how working-class neighbourhoods can add a lot of housing while also empowering the owners of exhibition homes to remain in control of their property and community, rather than razing the residential area to create higher-rise density.”  The project took inspiration from a McKinsey report on the California housing crisis, she says, which suggested that single-family homeowners in California could build simple, wood-framed units on their existing property and, in doing so, provide the fastest and most economical solution to California’s housing shortage.

The child of an anthropologist and a German graduate student, Barbara grew up in the university town of Cambridge, Massachusetts surrounded by young, free-thinking people.  “It was a good place to grow up, if maybe a bit provincial.  We had lots of great used book stores and ‘60s-era coffee houses.  By the time I was in high school, we were also seeing cool punk and ska bands; there was a fair amount of freedom around dress and social codes.  I was very interested in making things, even at a young age.  I was a dancer and choreographer as a youngster, and I loved math and art.” 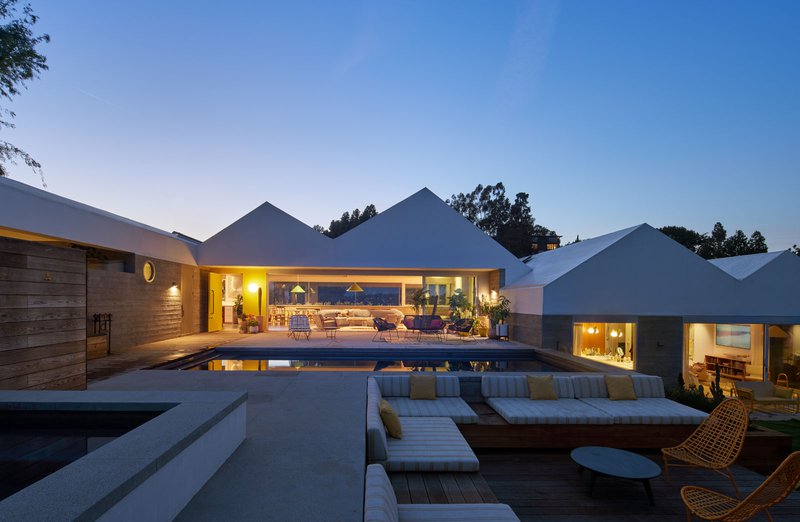 In her university years, Barbara travelled abroad to study at the Architectural Association in London.  “My time there was very influential in my decision to go to a small and intensely creative grad programme in LA.  I worked for Thom Mayne and Michael Rotondi one summer at Morphosis in LA and I was totally hooked.  I still am.”

More than 30 years later, Barbara is still loving the unique design and context of the West Coast and her portfolio of creative clients who are looking for new ideas and new ways to live in the world.  She finds passion throughout the creative process, from the concept design to the on-site construction.  “I love the schematic phase the best in that it is the true framing of the problem and draft of the solution.  During that time, I work in physical and digital models as much as possible.  I also really love on-site construction admin where we can customise and tailor space and light on site.  Some of our projects allow a rather lot of that on-site work which is quite like making sculptural decisions on a daily basis.  That leads to some incredible moments that would be hard to achieve through advance design only.”

Looking ahead, Barbara is excited about a new synagogue project as well as a redesign of all of the air trains at the LA airport.  She’s also working hard to promote diversity through her practice, and the industry.  “As a woman-owned business, we’re trying to change the composition of our industry with diversity initiatives that increase the pipeline of students of colour into the architectural field.  I am and have long been interested in curating exhibitions that reclaim the forgotten legacies of women and minority architects of 20th century America.  That work should be recognised and also re-inserted into the now-digital archive of architectural and cultural history.”

To connect with Barbara and learn more about her work, visit https://bestorarchitecture.com/