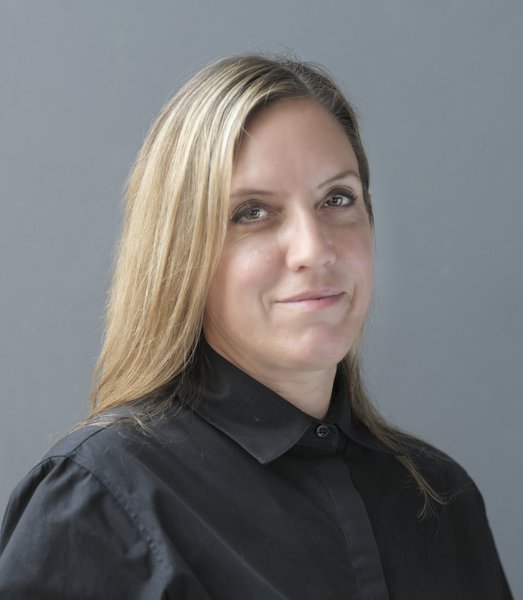 “Building inhabitants need to be understood in expanded ways.”

“I think that the design approach to buildings needs to actively accommodate infrastructure that can generate or conserve energy and resources which could potentially provide surpluses to the local context,” says Barker Associates Architecture Office (BAAO) Principal and Founder, Alexandra Barker. “Building envelopes should be designed to serve the needs of both the building inhabitants and the local community.”

Alexandra and her New York City-based team are delivering inventive, intelligent design which looks to the future of architecture through a diverse portfolio of residential, interior, cultural and commercial projects. “We are currently an office of six women based in Brooklyn and we work at a range of scales from residential interiors, to ground-up houses, to offices and schools.”

When COVID-19 hit in 2020, Alexandra says that she developed an increased focus on democratising access to design for underserved communities. “I joined up with some other small firms to offer my services to small businesses and institutions to help them reopen in accordance with new COVID requirements. We then collaborated with another group of architecture and engineering firms in a joint effort to bring assistance to businesses in Washington Heights, a neighbourhood in the northern part of Manhattan. It really opened my eyes to the fact that so many communities don’t have access to design services. We ended up helping Sisters Uptown – a black woman-owned book store and community centre – replace their store-front and install a bench and bookshelf in front of their store. I decided that incorporating that type of work should be a part of my business.” 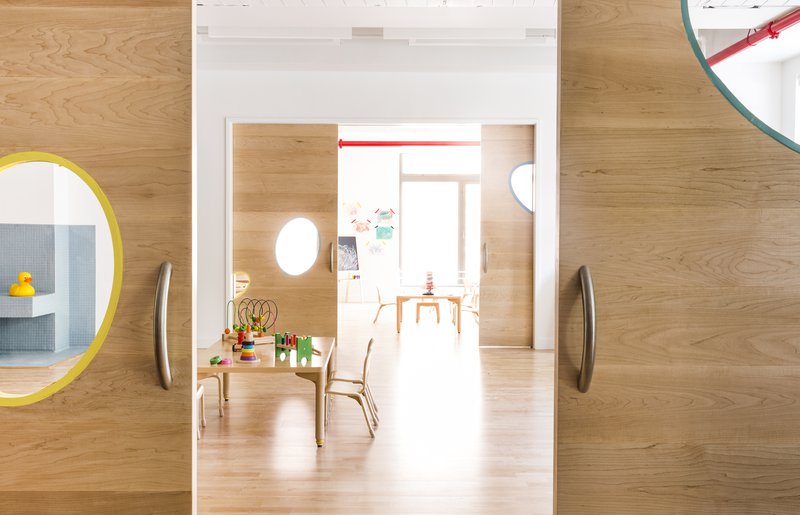 These kinds of projects are indicative of BAAO’s collaborative approach and their priority to embrace the diversity of inhabitants and environments in their projects, Alexandra says. “We specifically look to engage the needs of a broad cross-section of diverse inhabitants and sites, particularly those in crisis. Our ‘other-oriented’ approach includes designing for different kinds of occupants including marginalised communities as well as children, animals and even machines.”

Alexandra is also interested in employing an adaptive approach to projects which support the unique demands of environments in crisis such as waterfront sites in flood-prone regions. “Designing for sites with extreme weather conditions requires special accommodations in building configurations and necessitates unexpected choices in materials, finishes and details,” she says. 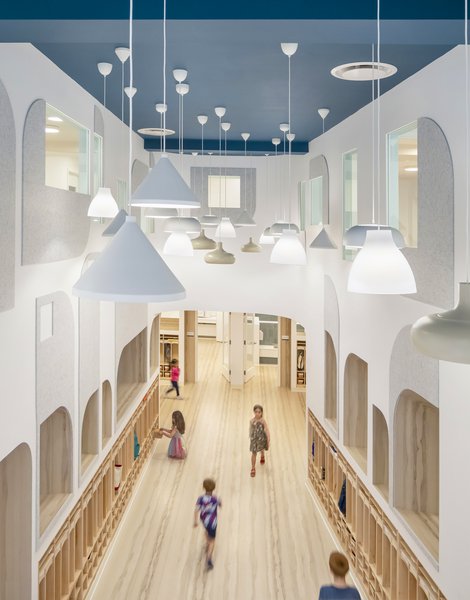 In tandem with her work in private practice, Alexandra has been working with Pratt Institute for more than 2 decades as an educator and founder of their Graduate Architecture programme. “I have served as the Assistant Chair since 2017 and played key roles in the shaping of the programme’s core curriculum. I work to bring design education to students in marginalised communities; in 2018, I adapted the syllabus to introduce high school students to Pratt’s need-based college prep program, Pratt Young Scholars. I have adapted design tools I have developed at Pratt, like iterative model-making and visualisation strategies, for use in my office. I also hire many Pratt graduates, so there is definitely a synergy there in ideas and techniques.

“I am able to push ideas much further in the Pratt studio than in my practice. For instance, we are addressing the environmental crisis in more speculative ways than are currently being explored in American cities. In one studio, my students are looking at designing waste-to-energy systems that are localised and scaled to handle neighbourhood waste in urban areas, coupled with public programming to further integrate them into the fabric of the city. In another studio, students are looking at the adaptive reuse of existing abandoned waterfront infrastructure to incorporate localised food production that integrates oyster aquaculture. We are building off of a New York City project to restore oyster reefs – a natural system of water filtration – to the city’s waterways. The project was developed in dialogue with a community activist group in Sunset Park, Brooklyn, where the site is located.” These kinds of project-specific collaborations are central to her work, Alexandra says, and are enabling her and her firm to grow and extend into other building typologies. 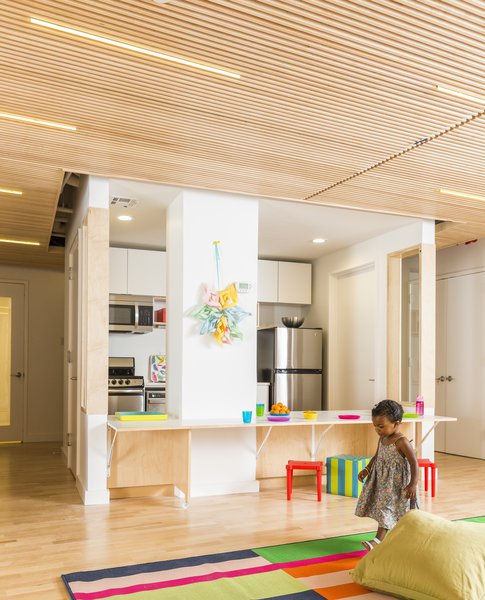 The child of a multicultural Washington, DC neighbourhood with parents who were both doctors, Alexandra grew up with a spirit of curiosity. “My father worked at the National Institutes of Health. I loved going to his lab and exploring the spaces and equipment there. I also had a great-grandfather who was an architect and I enjoyed looking at his beautiful Beaux-Arts drawings. He had received the Rome Prize and created many of these pieces there. My mother’s father, who was an orthodontist, liked to build furniture in his spare time. I spent a lot of time in his house admiring his work. Hearing stories about how he built spaces in his own house, I became fascinated by construction and design.”

Originally set to follow her parents’ path, Alexandra says it was study abroad opportunity in Italy which ultimately cemented her trajectory toward architecture. “I decided to switch majors from biology to visual and environmental studies, a change that enabled me to take a lot of architecture courses. Then, the summer before my senior year at Harvard, I went to study the history of art and architecture in Florence. There, I met a group of architecture students who were travelling around Europe. I ended up joining them and we visited many great cities and buildings including Ronchamp, the Villa Savoye and the works of Gaudi in Barcelona. That got me more excited to continue my study of architecture. I also worked for a year for Kallmann, McKinnell and Wood, making models, drawing details and generally becoming immersed in the life of an architecture office, which furthered my interest. So I decided to apply to architecture school.”

In the years after she graduated, Alexandra worked for firms in both Boston and New York before eventually founding Barker Associates Architecture Office in 2006. Her team is currently working toward their first public project, a renovation of the reading room at Long Beach Public Library. “It is a collaborative effort with two other small firms which began as a pro-bono project to help the library adapt their space to COVID requirements, as well as to address post Superstorm Sandy flood regulations.” She is also excited for the firm to continue bringing design to new and underserved communities throughout New York City. “We are currently working with a shelter that transitions mothers of young children out of homelessness and are working with the residents to design elements that will be incorporated into a series of sensory pavilions that will be installed in the garden.”

Alexandra would love to continue BAAO’s tradition of collaboration with architects in other areas of the world; she urges anyone with a project in mind to get in touch and discuss. To connect with Alexandra and learn more about BAAO’s work, visit https://www.baaostudio.com/ or follow the practice on LinkedIn. 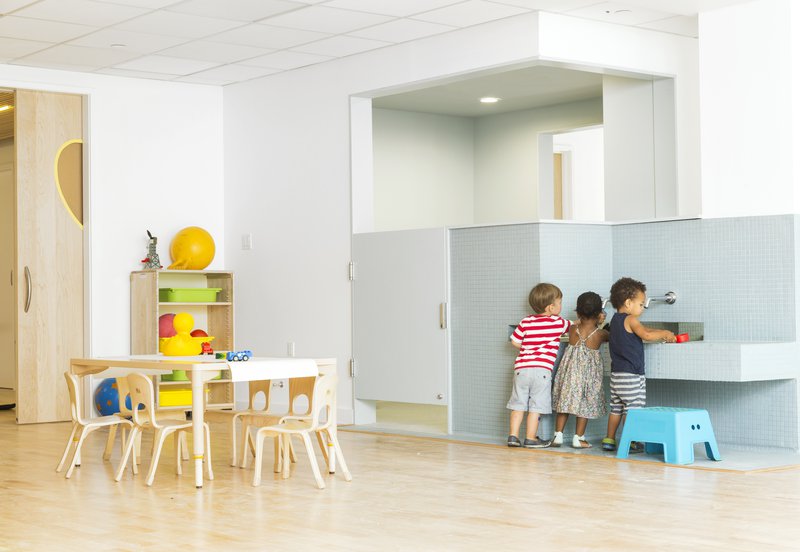