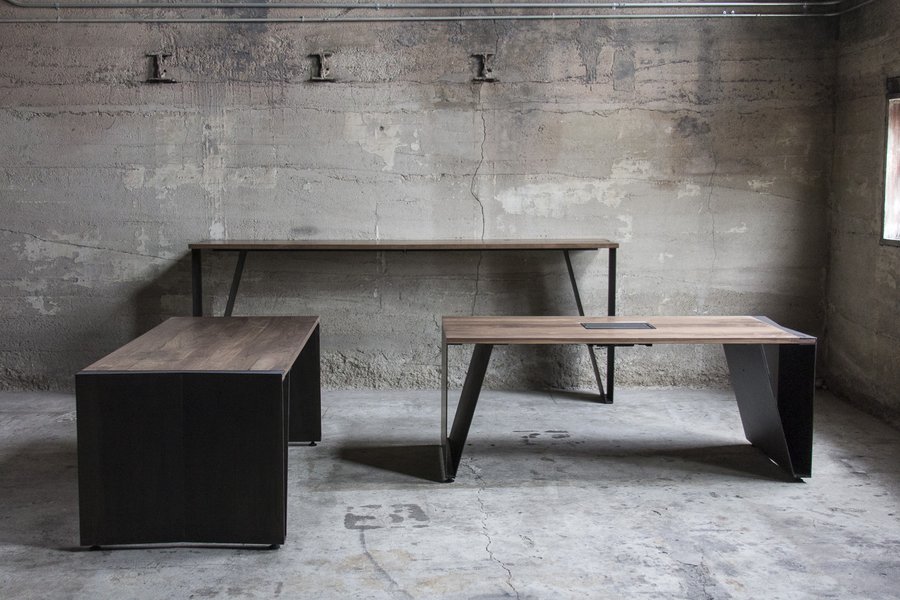 “Don’t name your business something that people can’t pronounce, they can’t spell, they can’t Google and they can’t tell a friend about.

We picked the most obscure and indecipherable name ever, inspired by a movie called Synecdoche, New York which was all about this layering of scenes and spaces.  We adopted that word and its larger meaning as a part for a whole; how a material can stand in for a broader idea.”

“It made a lot of sense in terms of how we approach design and the different layers design takes on for solving problems,” adds co-founder and Director of Design, Adam Smith.

The two started working together while in graduate school in 2009 in an origin story that sounds much more lean start-up than traditional architecture practice.  “We got our first hired job just out of undergrad.  We actually skipped our graduation because we were fabricating pieces of it and that’s how Synecdoche started,” says Adam.

“They gave us a cheque to buy materials which was made out to Synecdoche because we said that was our business name, but we had no way to cash the cheque because we didn’t have a bank account and the business wasn’t actually established,” laughs Lisa.  “So, very quickly we had to go file the paperwork and make the thing legitimate: this thing we were pretending to do.” 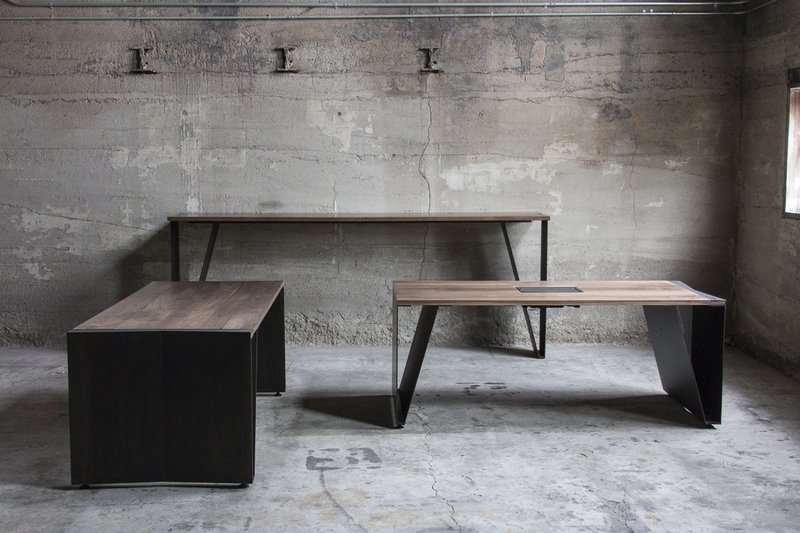 This ‘fake it ‘til you make it’ approach has come to define the design approach and project selection of Synecdoche as Lisa and Adam have grown into the practice in the years since.  As Lisa says, “If you see something you want to do, just start doing it.  You can’t prepare for everything; you just have to tackle hurdles as they come.”

The majority of Synecdoche’s work is in adaptive reuse: trying to figure out how to take existing structures and employ them in a new way.  “There was one project where we converted an old organ factory into a tech office.  There were all these laminated beams which were installed to bear the heavy loads of the factory.  They had been plastered over for a previous iteration and obviously they aren’t necessary for a tech office but we wanted to explore what would happen if we revealed them and started to tell the story of the building through the design,” says Adam.

“There’s an embodied energy in buildings that exists and it’s more sustainable to figure out how to use, add to and change them than it is to tear them down and build something fresh and new,” adds Lisa. 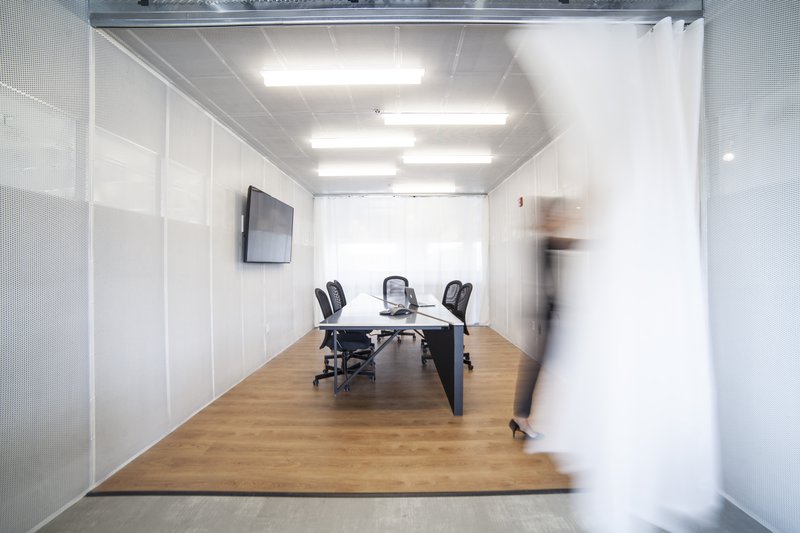 There is also a strong community and collaborative focus in the work which becomes increasingly clear as Lisa talks about the range of tangential projects that they are both undertaking.  A key initiative for her is the Ann Arbor Art Centre (A2AC) Murals project which she has spearheaded to help preserve lost neighbourhoods and give new canvasses to local artists.  “The majority of these artists are of minority representation, which was a key focus for us.  For many of them, this is their first mural or their largest mural.  And for each of these walls, we’re trying to figure out how to put people into a new realm of their own work which expands their portfolio and their expertise to help grow their own career.  It’s so rewarding as an architect who knows a lot of building owners through our work with adaptive reuse to be able to connect them with artists and facilitate a mural.”

This connecting and collaborative approach aligns closely with one of Synecdoche’s core objectives to ‘Do Good Work’.  Adam says “We often partner with small businesses who are starting from a place similar to where we started.  They’re cash-strapped but they have big dreams.  Being able to afford a designer and implement their vision on the front-end can be very hard.  So we will invest in them and come in as partners who want to be a part of their long-term success.”

“One of the benefits of the pandemic,” says Adam, “is that it’s allowed people to be more flexible with their life."

Both co-founders also contribute to the architecture and design educational space, with Adam currently acting as Emerging Professionals Director for their local chapter of the AIA.  “I want to support alternative practices and alternative paths in the profession to ensure that young professionals are not facing the same resistance we saw with the old guard and some of the outdated practices of the last 50 years.  They don’t have to graduate and go directly into an architecture field.  They’re creative problem solvers who see the built environment differently.  It’s a big change: what emerging professionals are interested in working on and it might not always be a building.”

One of the biggest recent undertakings has been studio and co-working space, StudioStudio.  Despite some delays this year, StudioStudio opened its doors in July and is already supporting the wider ecosystem of designers and artists in their home of Ann Arbor, Michigan.  Lisa says that  “StudioStudio was borne of a pain point where people were approaching Synecdoche asking for working space which we weren’t logistically able to offer them.  This can be a prohibitively expensive city for artists and we wanted to support a shared ownership model which enabled them to use co-working and studio space without having to carry the full rent on their own.” 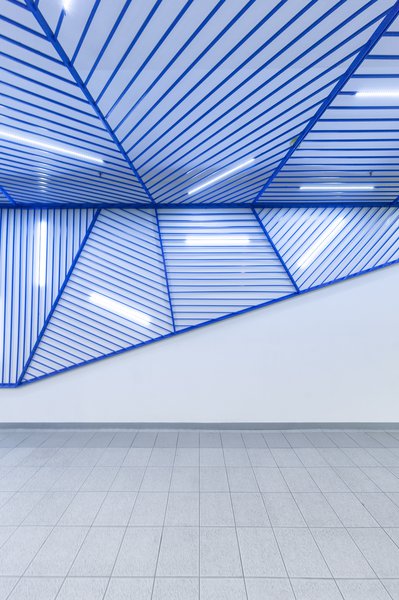 In the immediate term, StudioStudio is exploring a range of smaller amenities for artists, as well as pandemic-proof experiences that can best serve the community.  “We’re looking at how people can go through an experience safely within their own bubble without exposure and still be part of something creative,” says Lisa.  “The first event is ‘Reincarnate’ next week.  We have more than 20 florists doing installations throughout the venue where you can buy tickets and walk through the space through this whole series of spacial and immersive experiences.  It allows florists who were badly hit by COVID to dry and reuse their flower supply and give them an opportunity to expose their creativity in a way that they haven’t been able to for most of 2020.”

Synecdoche has adapted quickly this year with no signs of slowing down.  A few of the projects on deck currently include a warehouse campus for a local brewery, the Jefferson East Development project, an artist co-op space and part-ownership in Bamboo Detroit’s new co-working building.  It’s clear that the pandemic will be just another of those unexpected hurdles that Lisa and Adam manage to navigate, and that they’ll continue to generously share offer their spaces and their knowledge with the wider ecosystem. 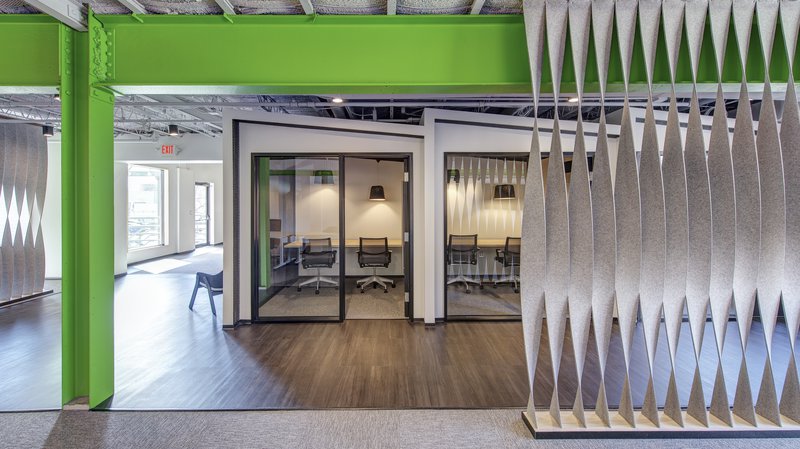 “One of the benefits of the pandemic,” says Adam, “is that it’s allowed people to be more flexible with their life.  It’s especially interesting in the tech and workplace sector and what that’s going to look like in the future.  It’s about real estate and how much you really need if you’re not going to put 100 people in that space.  And then what is the programming of that space as an amenity for your team?  If it’s not desks at work, what is it that makes you want to come into a work place and work with somebody?  One of the things we’re exploring is flexible and transformer spaces which allow someone to take them apart and move them at a low cost while making space for someone else to jump in and take their place.”