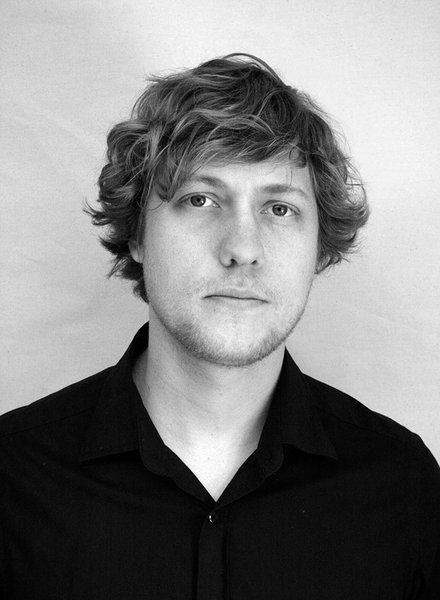 “As a society, we can no longer afford to think in mono-functional terms in architecture.”

“The demands on the built environment are visibly expanding in the face of a society that is becoming more and more differentiated and individualised, an increasing urbanisation of the population, and a steadily rising consumption of land and resources with the accompanying climatic changes,” says ac.ka – architektur Founder, Achim Kaufer.  “I’m of the opinion that the answers to the global challenges of our generation are to be found in specific, not generic spatial solutions.  This requires dealing with greater complexity in the design process to support a diversity of users, as well as the particular needs of each location.”

ac.ka – architektur works as part of a network that bundles various competencies to address design challenges across scales, Achim says.  “We take on projects from urban planning and building design to spatial and object design.  We do not see any hard dividing lines between these fields.  On the contrary, it is precisely the transitions that are of particular interest in the design process.  In the interaction with the environment, the city as a communal place and the user of space, potentials can be released and synergies can arise.   Making these potentials usable is an essential basis for sustainable architecture.” 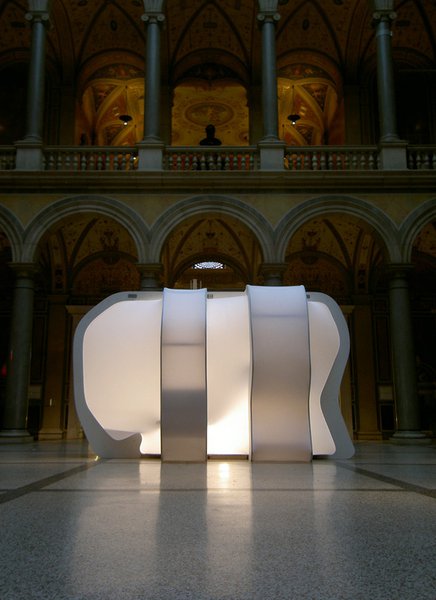 Achim never wanted to be anything other than an architect. His early life and his subsequent civilian service placement have awakened his interest in societal aspects parallelly, he says. “ I grew up in a village in the Vordertaunus region near Frankfurt which had a hilly landscape with extensive woodland. I had a very close circle of friends – a sworn band. I was in the football club and I spent a lot of time out in the woods. "But, at the same time, my friends and me were confronted with societal imbalances, especially in nearby Frankfurt which had a massive drug problem during that time.  When we played against football clubs in the outskirts of Frankfurt, there was often trouble due to a high aggression level.  The societal problems were a frequent topic for us in the club, in youth groups and in school.”

Achim studied at Stuttgart State Academy of Fine Arts and University of Applied Arts Vienna, both of which he says offered an open approach to architecture. Directly after studying, Achim began working with LAVA in Stuttgart. “I was one of the first employees of their office in Germany when it was founded in 2007. That was a great experience because I was able to participate in setting up an office directly after my studies. I was with LAVA for about 4 years, most recently as project architect for a science building and a research campus but then I felt the itch to go my own way and founded ac.ka in 2011.”

In addition to more traditional designs, Achim also experiments with conceptual projects including Reflexion Space, a collaboration he worked on with Tom Wünschmann.  “In this project, we explored the question of what a human-machine interface could look like in order to better process and reflect on the multitude of information we are exposed to every day through digitalisation.  The result is an ergonomic, three-dimensional interface that appeals to a wide range of senses and offers a private sanctuary.  Experimental projects on this scale offer the freedom to radically question fundamental things and look for alternatives, for example: are our current building materials still up-to-date in the wake of climate change?  This is against the background that, according to last year’s study by the United Nations, the construction and building sector is now responsible for 38% of all CO2 emissions.”

Last year, Achim completed the Wuchazi Bridge in Chengdu, a project which has been described not just as a piece of functional engineering, but also a recreational destination.  “This was a collaboration with Tom Wünschmann, Wei Cai, Philipp Buschmeyer and the Chinese partners SADI and JDTM.  The design was developed in the course of a competition from which we emerged as the winner.  The decisive point for us winning was certainly that we presented a multifunctional bridge-scape and not a mono-functional piece of infrastructure.” 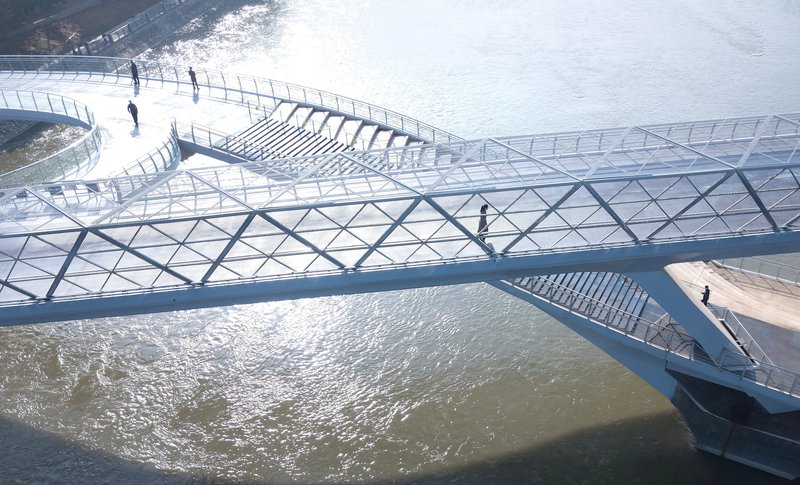 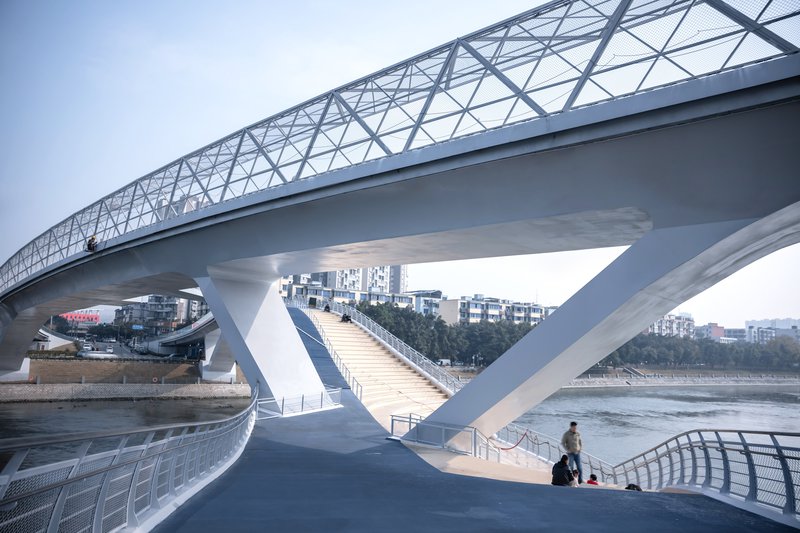 The result is a multi-purpose recreational space in addition to an engineered pathway which connects the two riverbanks.  “It offers a landscaped path where you can stroll around by having a changing perspective on the city.   You will find a spacious seating area close to the water level with southern exposure where you can let your mind wander or follow a performance of an artist who is looking for an audience.  In addition, the overall bridge in its figure-of-eight shape can be used as a jogging route, with a rather challenging elevation profile.  Especially in a city with about 14 million inhabitants, where getting out of the city is very time consuming, such inner-city recreational spaces are important.  Overlapping functions create more fascinating spaces, because people with different interests and origins meet and at the same time land consumption is reduced when areas are used in multiple ways for different purposes.”

Regardless of the output, Achim says that the design process is the aspect of the work that he’s most passionate about.  “It’s the time where you do research, where you dive into the culture of the place, where you work really closely with the client to understand their needs.  Developing an idea for a specific architecture out of this context is a very exciting process.  This is where the groundwork is laid for the following course until realisation.  It is the time where you absorb everything like a sponge.”

Since the completion of the Wuchazi Bridge, Achim has been working on both residential and commercial projects.  “I recently completed a detached house and a sustainable office conversion.  In the conversion project, we worked with clay to improve the indoor climate.  We designed everything down to the furniture.  It was a completely different scale when compared with the bridge project.  I am also working on a house project on a very narrow and long plot; it’s not an easy task, but the clients are very open to new approaches.  At the same time, we are negotiating another bridge project in China and waiting to see if this will happen.  It’s very exciting.”

To learn more about Achim’s work, visit www.acka.eu/en or contact him on mail@acka.eu to discuss upcoming projects or potential partnerships. 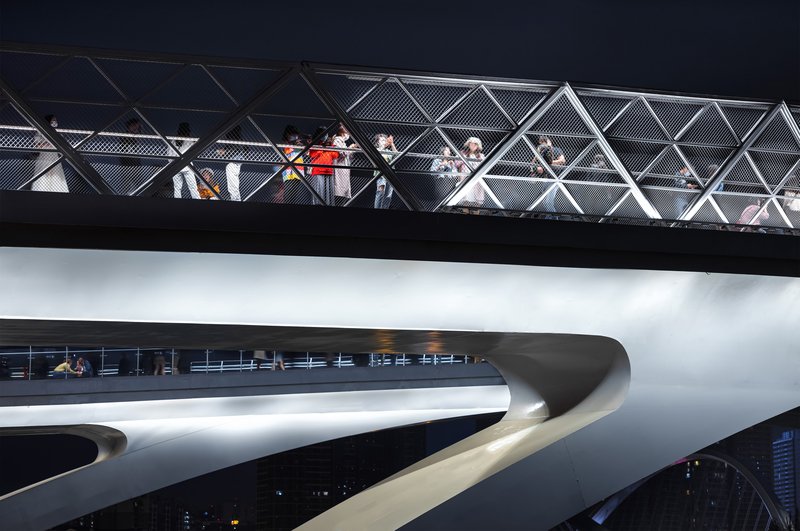